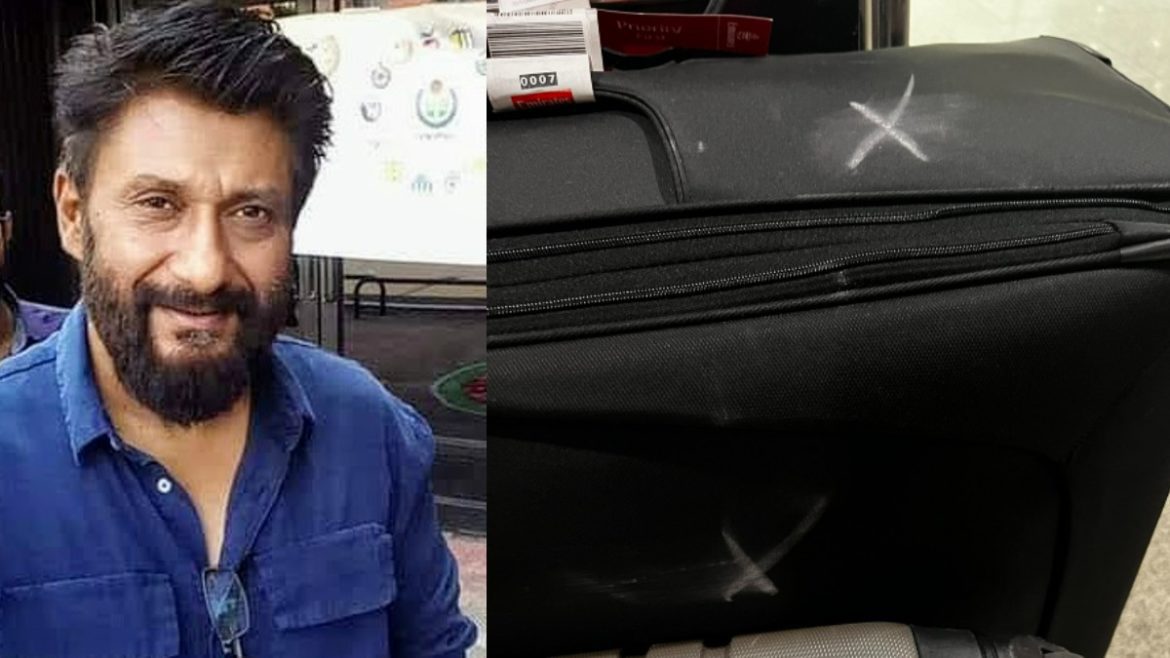 It’s quite common to find bags marked with chalk while flying across India. Airports in our country use this marking system as part of the process of checking bags. Well, The Kashmir Files director Vivek Agnihotri had a bone to pick with Mumbai airport after he found his luggage marked with an ‘X’ with chalk. Here’s all about it.

The Kashmir Files director Vivek Agnihotri took to Twitter to share his woes with Civil Aviation Minister Jyotiraditya Scindia. He shared pictures of his black suitcase marked with an ‘X’ with chalk. In his caption, he urged Scindia to stop the system of marking luggage with chalk at Mumbai airport. The filmmaker called the system “pathetic”. And even addressed it as “bad etiquette”.

Please stop this pathetic system of marking bags at Mumbai airport with a ‘X’ made with chalk.

These are very bad etiquettes and show India as a primitive and uncivilised country specially when PM @narendramodi is talking about making India a global leader. pic.twitter.com/QI4lpZtRoS

Also Read: Deepti Naval Ran Away To Kashmir At The Age Of 13 After Being Mesmerised By Its Beauty Shown In Films

Vivek Agnihotri further tagged Prime Minister Narendra Modi in his tweet. In his tweet, he stated that the system of marking bags with chalk in India would show our country as a primitive and uncivilised nation. In his perspective, it may hamper India’s image, especially at a time when PM Modi talks about making India a global leader.

Also Read: Visiting Kashmir In Winters? These Are The Winter Activities You Definitely Should Do!

Netizens Agree With Him & Say This Only Happens In India

His tweet garnered 24.1k likes and 3429 retweets. Netizens took to the comments section to share their flying experiences. One revealed it takes ages for the chalk marks to go. Another stated it happened to him in Hyderabad airport and this marking system must stop. A Twitterati from Serbia also called the process “primitive” in Vivek Agnihotri’s comments section. She said she hasn’t seen this baggage management process anywhere except in India and it took her ages to remove the chalk marks from her new suitcase.

This is true, I am from Serbia, travelling a lot, but never, nowhere in the world seen such primitive way for baggage management like in Mumbai.
I still cant remove X from my (new) suitcase travelled everywhere after Mumbai.

Well, were your bags marked with an “X’ by chalk during your air travels across India? What do you think about this system? Let us know in the comments section below.