On August 14, 1967, Islamabad had officially become the capital of Pakistan. Now, after 54 years, an online petition has sprung up to change the name of Pak’s capital from Islamabad to Islamagood. A person named Ayham Abrar started the petition on Change.org and it has already gathered over 400 signatures. Ayham, who claims to be a Bangladeshi, states in the petition, “Islam is good. Pakistan love Islam. Why IslamaBAD? Love from Bangladesh.”

A Bangladeshi man named Ayham Abrar has started a petition to change the name of Pakistan’s capital from Islamabad to Islamagood. But Ayham, who termed Islamabad as IslamaBAD probably missed out on the proper fact check. The word ‘Islamabad’ actually means ‘City of Islam’. It has come from two words, Islam and Abad. Islam is the state religion of Pakistan and Abad means a ‘prosperous place’ in the Persian language. Wikipedia states that a school teacher from Arifwala had proposed the city name. Meanwhile, an Austrian village had changed its name from Fu*king to Fugging after years of joking. 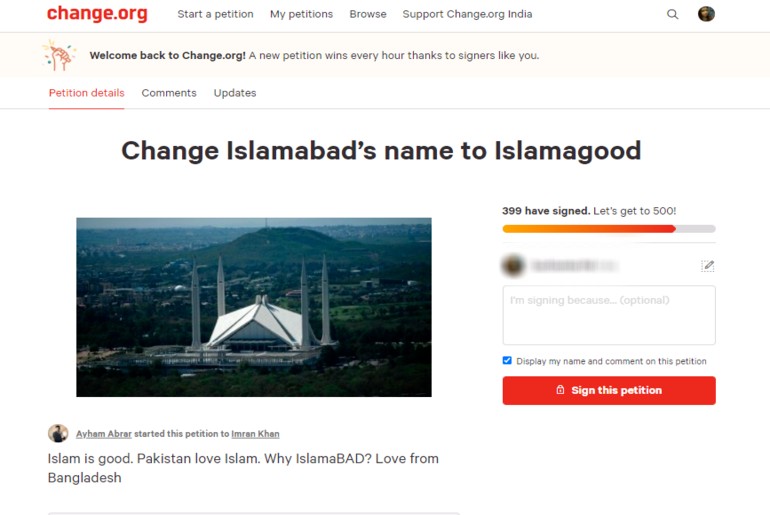 The Petition Has Been Shared On Social Media

Several people have shared the Islamabad name change petition on social media. A Pakistani user wrote on Twitter, “A petition has been filed to change the name of Islamabad to Islamagood. It’s not even a joke.” Another user replied, Islamabad means- Islam abad (inhabited place or city) Not Islam bad. But that bloke is thinking in this way thats y he wants to change islamabad into islamagood”.  She continued humorously, “After changing the name that bloke will be like- Yeh hum hai yeh islamagood hain aur yeh hamari”#PawriHoRahiHai.” 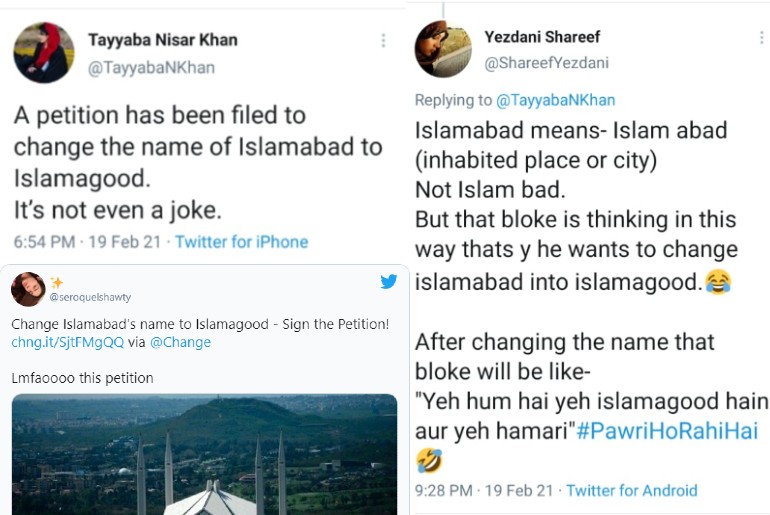 What’s your say on this hilarious tweet? Meanwhile, meet the Ustad of Biryani in Dubai, Mr. Ali Mohhammad, who originally hails from Layari in Pakistan: