These Single-Person, Front-Open Ropeways In Bihar Must Be On Every Thrill-Seeker’s Bucket List 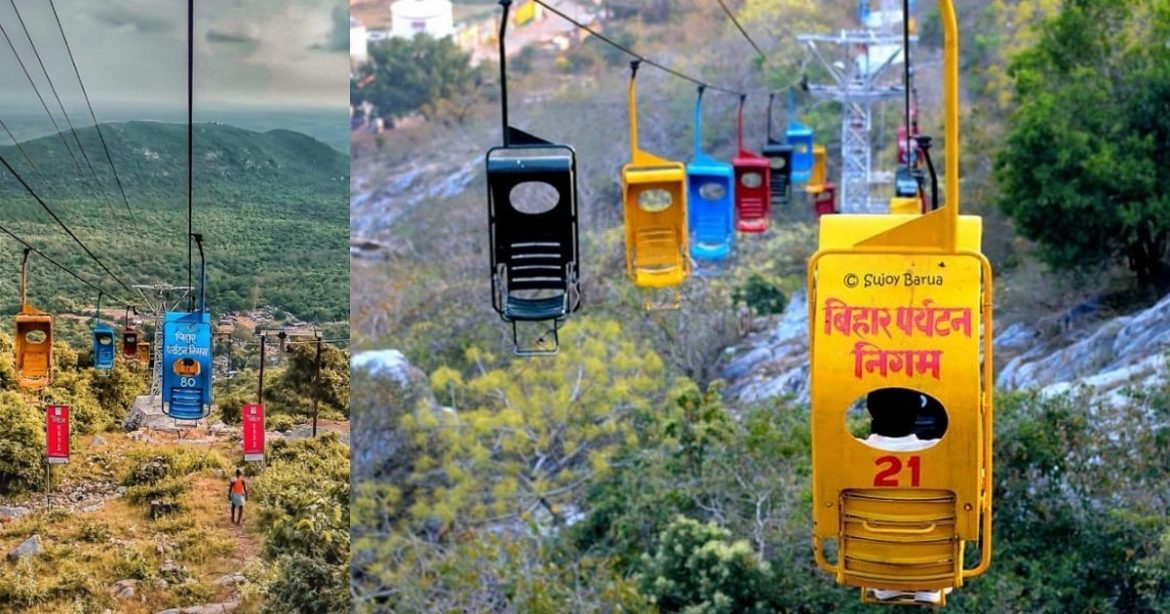 Ropeways aren’t that unnerving unless one has a severe degree of vertigo, but taking a ride on these single-person ropeways needs real guts. Not only do they carry just a single person, but they are front open too. There is only one narrow bar to support the seated passenger from the front. These chairlift ropeways in Rajgir are the only ropeways in Bihar. The Rajgir ropeway is known as one of the oldest ropeway lines in India, and it takes passengers uphill to the marvellous Shanti Stupa. The 101 chairlift ropeways fly over the beautiful Ratnagiri hill, covered by thick forests. The region comes under the Pant Wildlife Sanctuary. Read on to know more.

Imagine, you sit on a chair all alone, and then the chair goes up to 1000 feet above the ground. Would you be scared to look around or stare down or would you be thrilled by the experience? If this feeds your adrenaline rushes, you should definitely visit Rajgir to take a ride on its unique single-person chairlift ropeways.

The ride might be extra challenging for you if you have a fear of height, but other than that, it’s an end-to-end adventurous experience. The chairs come in line. The moment you sit on a chair, the front buckle will be secured and you will be thrown up in the air.

The ropeways take passengers up to the Vishwa Shanti Stupa, Makhdoom Kund and other monasteries built by the Japanese devotees atop the picturesque Ratnagiri hills. The chairlift ropeways of Rajgir will soon get a heritage status, as per reports. Side by side, the government has also put efforts to launch new cabin-type-eight seater ropeways for the weak-hearted, elderly people and children who refrain from riding on the single-person ropeways fearing risk.

But then, if you’re daring enough to take up the adventure, you’ll have a highly stimulating and exceptional experience, we bet. So, are you up for the all the thrill, guys?