This Indore Man Was A…
Party In A Chic, New…
Jet Airways Gets DGCA Approval…
Arunachal Pradesh Unravels New Tourist… 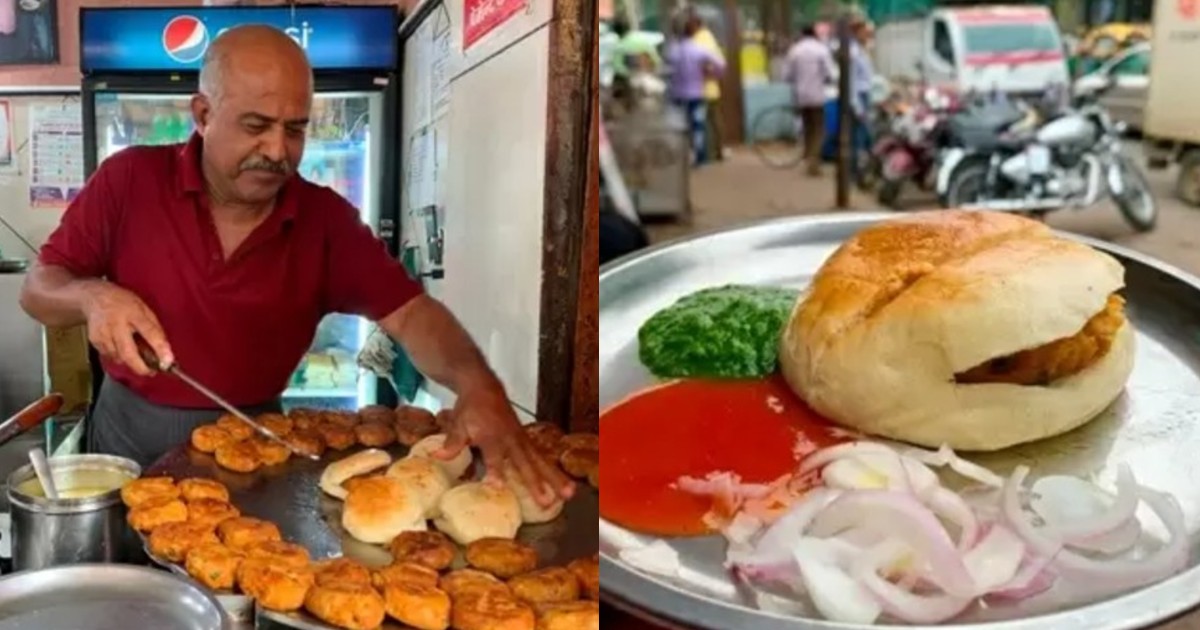 The most-ordered dish on Uber Eats in the whole of Asia Pacific isn’t a burger from McDonald’s or a fried chicken bucket from KFC. It’s actually a flavoursome vegetarian hot dog from Indore’s Johny Hot Dog on Chhappan Dukan street, started by 60-year-old Vijay Singh Rathore. The son of a manual labourer and a cook, Vijay Singh Rathore, slept many nights on an empty stomach while growing up. But today, he has fed over hundreds of people from all walks of life thanks to his pocket-friendly and delicious hot dogs. Johny Hot Dog, his stall was started by him at the tender age of 11 to sustain his large family. Over the years, this shop has become an integral part of people’s lives and food experiences. So, how did a simple man like Vijay Singh Rathore create a dish that managed to beat some of the biggest American fast-food chains? Well, read on to unravel this.

Vijay Singh Rathore was raised with seven siblings in a small house in Indore. So, making ends meet for the family was quite a task. His five sisters were married off and Vijay and his two brothers started working to earn bread and butter for the family. As a mere 8-year-old, Vijay Singh did several odd jobs to make ends meet. He helped around in the Government Engineering College in Indore. Serving tea, bread and omelette to over 11 lakh students during this time, Vijay hoped his food would give them the energy to burn the midnight oil. His bread omelette became famous among the students. Stuffing egg in a pav and sometimes in a bread, students named the dish Banjo, making the dish a popular fare to date. Vijay’s engineering college canteen endeavour encouraged him to open his own food stall at the age of 11. 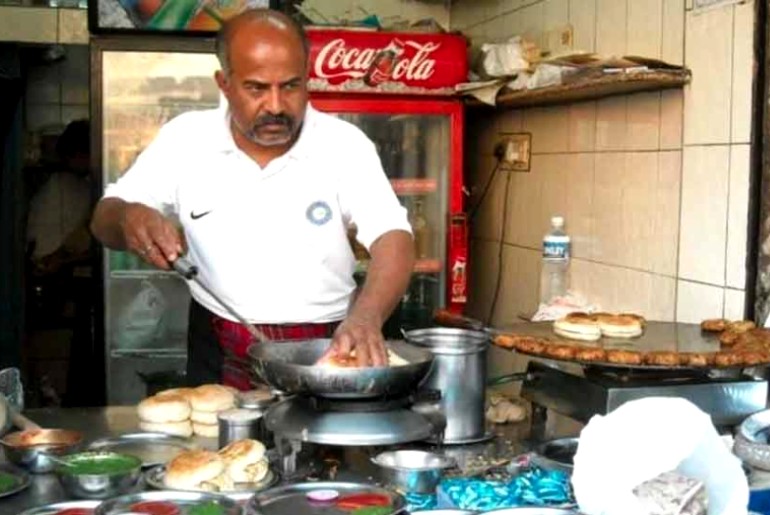 Also Read: This Kulfi-Falooda Seller From Indore Wears More Than Half Kilo Of Gold Jewellery Leaving Customers In Awe

Gathering ₹4500 from his mother, he bought a food outlet in 120 sq ft space at Chappan Dukan, a stove and coal sigri. To stand out from the crowd, Vijay Singh Rathore decided to serve something different apart from the popular samosas and kachoris sold in Indore. His reason to not sell samosas and kachoris were two. The first being that he wanted to be different. Second, the investment cost for preparing samosa or kachori is high, he even called it a bit complicated. Taking the help from his mother, an experienced cook, who catered for many events, he learnt to prepare an Aloo Tikki. He stuffed the aloo tikki between bread and roasted the potato sandwich in ghee. Little did he know, that this simple dish would end up beating world-famous burgers. 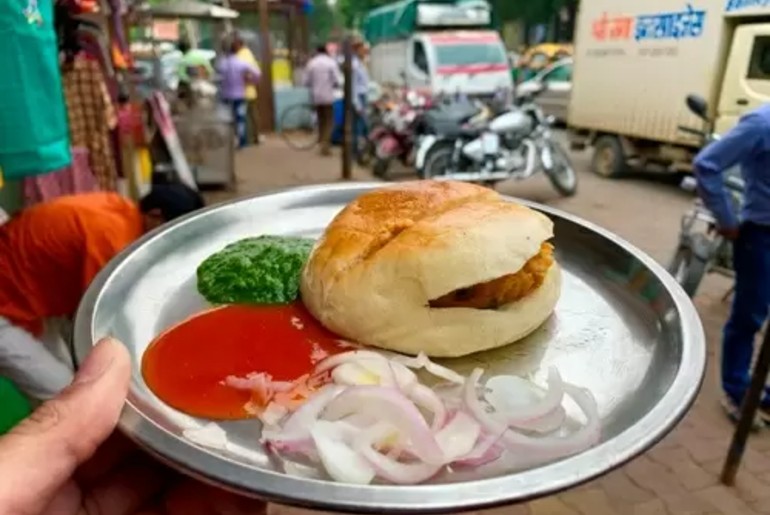 Gaining Inspiration From English Movies To Name The Eatery

When it came to naming his eatery, Vijay Singh stood firm that he didn’t want to name it after his family, which was the norm among eateries in Indore. Since he served egg in his eatery, he was sure his family wouldn’t approve of that. His inspiration for the perfect name for hid dish and eatery came from a movie theatre. In the 70s Vijay would hang around an old movie theatre where only English films were screened. The theatre served hot dogs, which was an exquisite dish at that time. Without ever having tasted a hot dog, but having heard of the name, Vijay named his stall Johny Hot Dog. Johny, a name inspired by an English movie poster. And hot dogs to create curiosity among customers. Keeping this simple idea in mind, Vijay invented two other varieties made of mutton and chicken. The veg hot dog was sold at 50 paise, and the non-veg one at 75 paise. 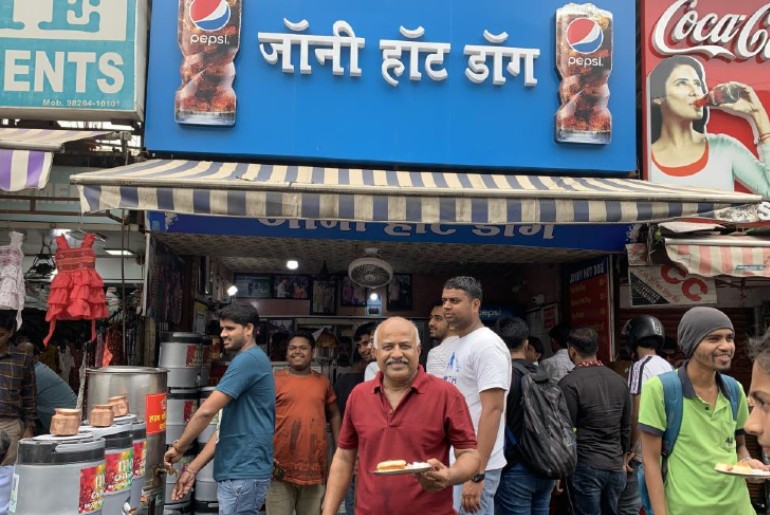 Indore’s Hot Dogs Became The Talk Of The Town

Vijay Singh Rathore’s hot dogs slowly picked up and he earned around ₹500  in the first year. He continued to sell the same three items from his tiny shop on Chappan Dukan street. And by 2005, his business boomed. Customers would wait in large numbers from 11 am to 11 pm and he would sell over 100 hot dogs every day. While Vijay fried tikkis on a hot tawa, his helpers would cut vegetables and wash utensils. Vijay’s hot dogs became talk of the town through word of mouth. Some people who visited his stall would even tell Vijay that his hot dog tasted better than the food served at KFC or McDonald’s. But this was just half the road for Johny Hot Dog. 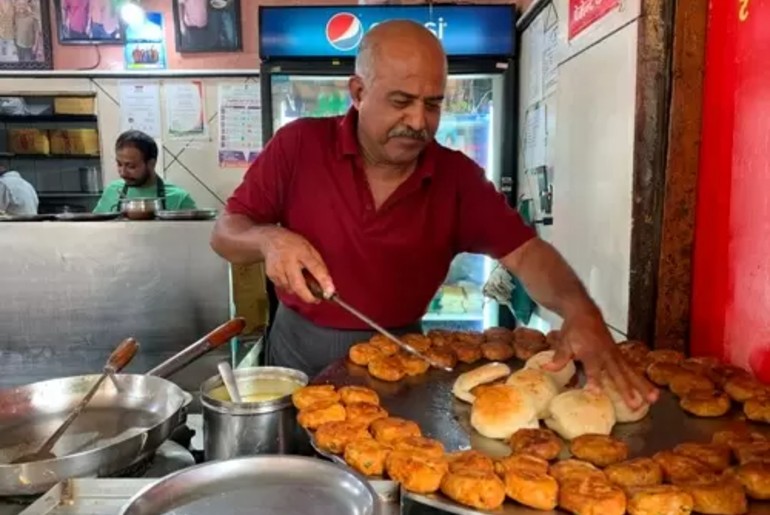 In 2018, Vijay’s youngest song, Hemendra Singh Rathore, a mechanical engineering graduate joined the business. Hemendra wanted to help his father expand the business and keep up with the new food trends of this generation. Since many people started ordering food online, Hemendra realised that this was the future for the business. So, he helped his father register Johny Hot Dog on Uber Eats. Within a few days of its registration, Johny Hot Dog started receiving a whopping number of 100 orders per day. Vijay ended up selling over 4000 hot dogs amounting to ₹30 each, daily. In 2019, Johny Hot Dog recorded a turnover of ₹3 crores, and his vegetarian hot dog was rated the most ordered dish on Uber Eats, beating fast-food chains like KFC and McDonald’s. Vijay was invited to the UberEats APAC Restaurant Partners Awards 2019 event. He flew to Hong Kong to receive the prestigious award. 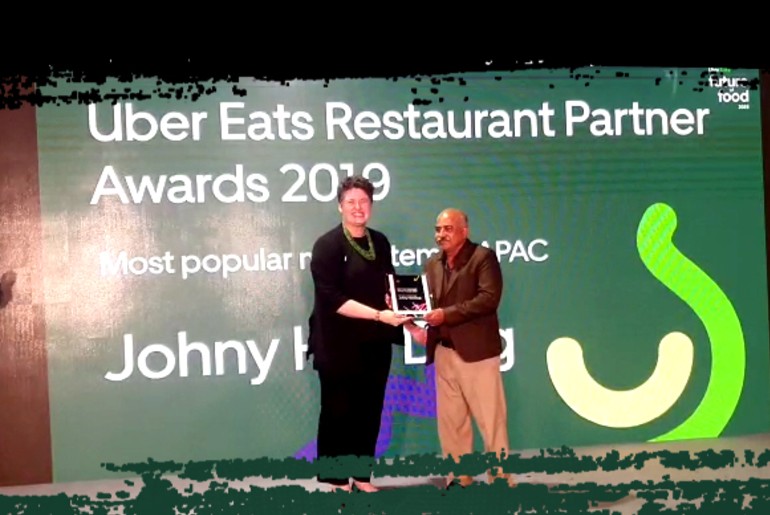 Beating the likes of global brands, Johny Hot Dog, a tiny eatery in Indore started by Vijay Singh Rathore at the safe of 11 serves one of the most ordered dishes in Uber Eats. His journey is truly inspirational. A man who has never tasted a hot dog in his life, slept on an empty stomach growing up, managed to feed people from all walks of life in Indore. Infact Vijay has changed the whole meaning of hot dog with this savoury aloo tikkis, tender chicken and flavoursome mutton cutlets, order by order. 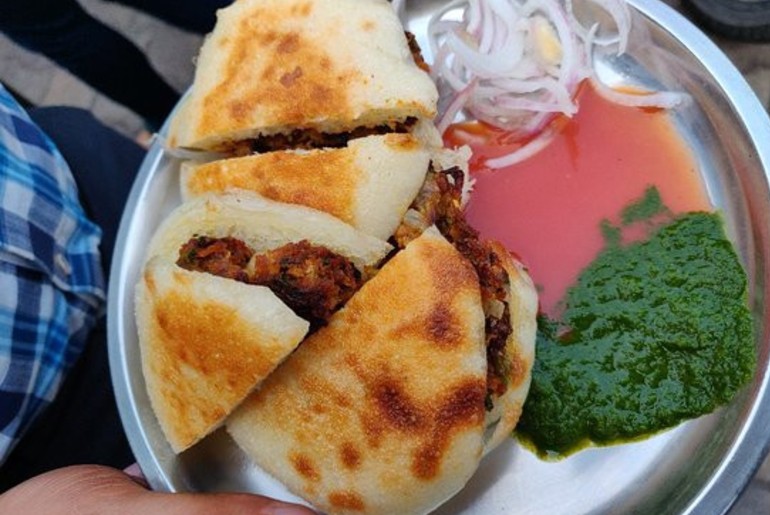 And we can’t wait to taste this hot dog that’s touted to be better than the food served at big restaurants. The next time you’re in Indore, make sure you visit or order from Johny Hot Dogs. After all, it’s one of the most famous dishes in Indore, that has aeons of rich stories and memories behind it.