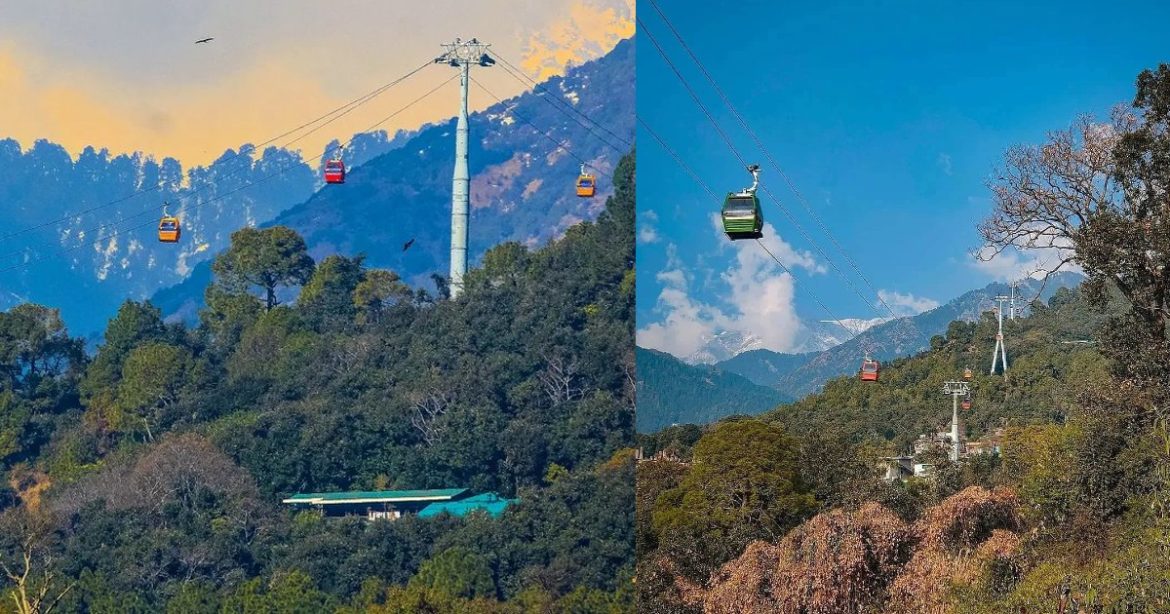 Dharamshala is now just 5 minutes away from Mcleodganj via the new ropeway route inaugurated by Himachal Pradesh Chief Minister Jai Ram Thakur. The ropeway, known as Dharamshala Skyway has a length of around 1.8 kilometres and was built at an estimated cost of over ₹200 crores. The ropeway can take travellers from Dharamshala to Mcleodganj while offering mesmerising aerial views of the scenic towns. By Khara Danda Road, a drive to Dharamshala from Mcleodganj takes around 21 minutes.

Also Read: Dharamshala’s Radisson Blu Amid The Pristine Dhauladhar Range Is A Perfect Slice Of Heaven

The Ropeway Can Carry 1000 Persons Per Hour

According to CM Thakur, the construction of the Dharamshala-Mcleodganj ropeway was started in 2018. The development took place under DFBOT (design, finance, build, operate, transfer) mode using mono cable detachable gondola technology. It was a public-private partnership project by Himachal Pradesh tourism, Dharamshala Ropeway Limited and the civil aviation department. The ropeway has the capacity to carry 1000 people in an hour in one direction.

Also Read: These Single-Person, Front-Open Ropeways In Bihar Must Be On Every Thrill-Seeker’s Bucket List

The ropeway not only aims to give a boost to Himachal’s tourism, but it can also ease traffic woes between Dharamshala and Mcleodganj. The route has 2 stations and 10 towers. What’s more, it will act as an eco-friendly alternative to fuel immiting modes of transport. A one way ride on the route costs ₹300. Those travelling both the ways will need to spend ₹500. But the thrill, joy and beauty the journey offers is definitely worth the money.

Other ropeway projects are also in the plans, to be launched in different parts of India, like Andhra Pradesh’s Gandikota , Odisha’s Nandankanan Zoological Park and Karnataka’s Jog Falls.