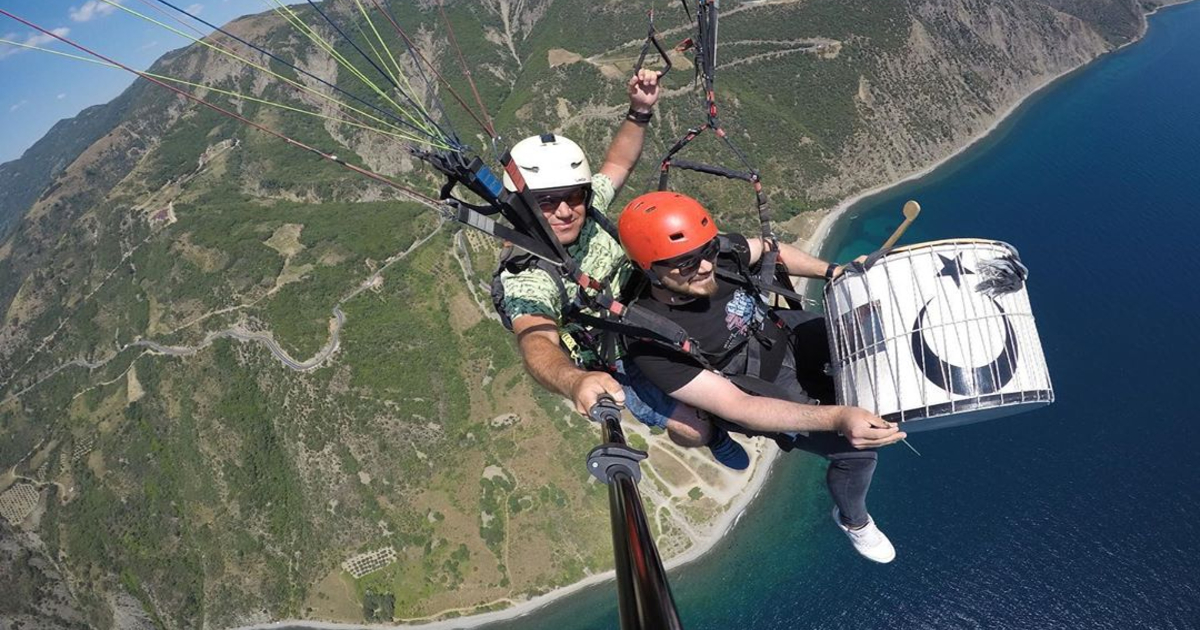 A few months ago, a man named Rohan Tyagi was making headlines for paragliding with his pet dog Nawab in Himachal Pradesh. And now, a Turkish musician is grabbing the attention of the netizens by playing the drum while paragliding over the coast of Tekirdag province at a height of about 2,000 feet. The flying drummer, named Ahmet Celik took to Instagram to share mind-boggling photos and videos of the same. Read on to know the details.

Turkish Musician Plays Drum While Paragliding Over The Coast Of Tekirdag

Paragliding is one of the most popular adventurous activities in which many people engage to satiate their adrenaline rushes. But having said that, this sky activity needs a great deal of courage. Not everyone, especially those having height phobia, can dare to take part in the paragliding game. But Ahmet Celik did not seem to be nervous or fearful even for a moment. In fact, he was speaking to the viewers in the video holding his white drum and a stick. Celik captioned his picture as “600-metre yüksekte davul şov”, meaning, “600-metre high drum show.”

A social media user commented under the video, “If that had been me, I’d have dropped a stick.” Another user commented, “I wonder how you did with that drum!” Listen to the foot-tapping beats, and they will blow your mind for sure! 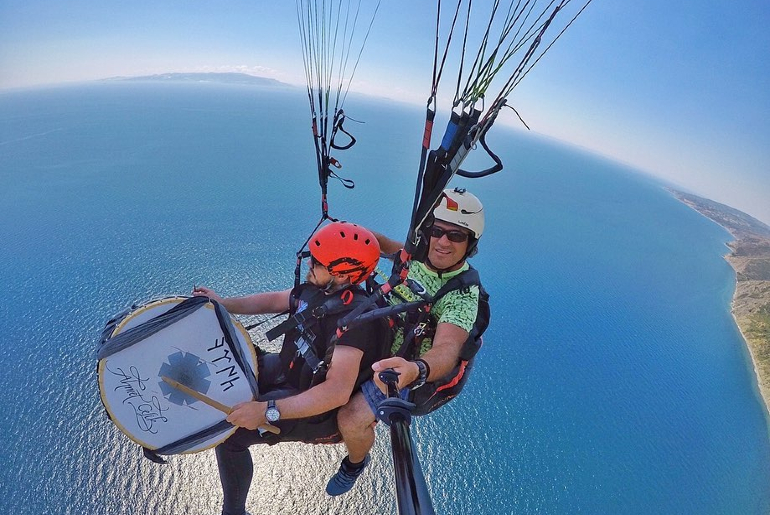 Also Read: I Went Paragliding With My Mother At Solang Valley & Here’s Why You Must Travel With Your Mom

Another Turkish Man Paraglided While Watching TV And Munching On Chips

A Turkish man went paragliding along with his TV, and a pack of chips. A paragliding instructor and self-described ‘couch potato’ Hasan Kaval also set the social media abuzz by uploading his paragliding video, where he was seen enjoying Turkey’s aerial view while sitting on a sofa and watching TV.

Also Read: 5 Extreme Adventure Activities You Need To Try Once In Your Life

These air-stunts are undoubtedly awe-inspiring. Kudus to the valour of these sky explorers. On that note, did you know about this paramotoring experience by Flyboy in Gurgaon?