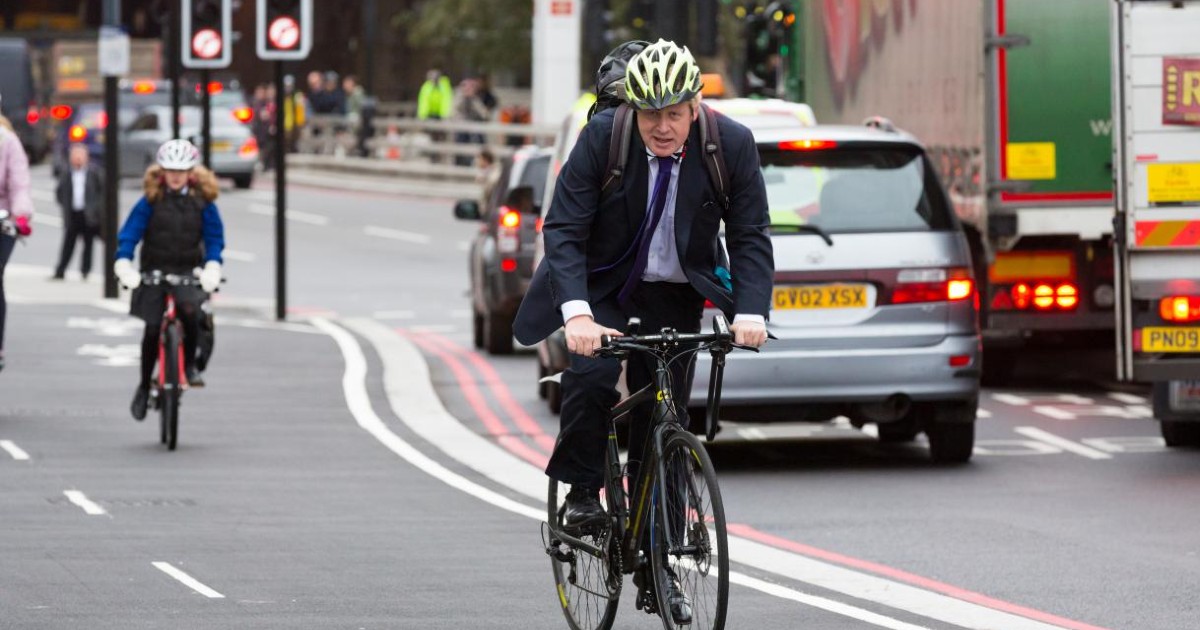 Hero Cycle is total nostalgia for most of us. Well, it’s not just us Indians who rode a Hero cycle in our lifetime. British Prime Minister Boris Johnson also joined the bandwagon. He rode a Made-In-India Hero Cycle in the United Kingdom. The 56-year old Prime Minister cycled on a Hero Viking Pro bike to Canalside Heritage Centre in Nottingham on July 28. Johnson launched a £2 billion (₹19,392 crores) cycling and walking drive part of the UK government’s anti-obesity strategy to fight COVID-19. Earlier, Queen Elizabeth started selling Gin to boost UK tourism revenue.

British Prime Minister Boris Johnson is a COVID-19 survivor. On July 28, he unveiled plans for new protected bike lanes spanning thousands of miles. The cycling enthusiast also revealed plans to make cycling training and bikes available on a subscription basis for everyone. This is part of a new fitness strategy for the government. The UK PM lauded London Based Skipping Sikh for raising funds amid the pandemic

Cycling and walking have a huge role in tackling some of the health and environmental challenges that we face.

Our £2bn cycling strategy will encourage more cycling with thousands of miles of new bike lanes, and training for those who want to learn. pic.twitter.com/PwYtqXpdd1

Johnson revealed to media agencies “From helping people get fit and lowering their risk of illness, to improving air quality and cutting congestion, cycling and walking have a huge role to play. Now is the time to shift gears and press ahead with our biggest and boldest plans to boost active travel — so that everyone can feel the transformative benefits of cycling.”

Also Read: Delhiites Can Soon Hire A Cycle To Travel Down To Office Post Lockdown

Moreover, during the launch of this cycling campaign in Nottingham PM Boris Johnson rode a Made-In-India bike. The UK PM rode a Viking Pro bike part of India’s Hero Motors Company-owned, Insync brand. The parent company Hero Cycles made these cycles in India and designed them in Manchester. Ludhiana based Hero Cycles took over the brands of  Viking, Riddick and Ryedale. It also redesigned the range under the brand name Insync. The company states its Insync range consists of 75 bikes. And its the first range designed at Hero Cycles Global Design Centre (HGD) in Manchester. 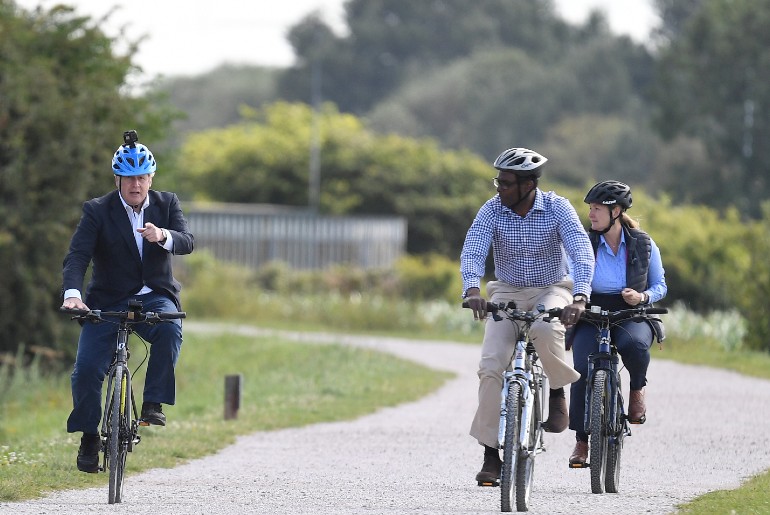 Also Read: Delhi Is Getting A Green Makeover With A 200 KM Cycle-Walk Plan Around The City For ₹550 Crores!

Pankaj M Munjal, chairman and managing director of Hero Motors Company expressed his happiness of the UK PM riding the Viking bikes. He states to media houses “Insync is delighted that the Prime Minister rode one of our Viking bikes after announcing what will be a landmark moment for cycling in the UK. We strongly back all measures announced in the strategy, a move we hope will see many more thousands of people taking to the roads on two wheels. Providing safer cycle routes, funding towards e-bikes and a bike repairs scheme will encourage even more riders to return to cycling or take it up for the first time, building on the stand-out success the industry has seen during the pandemic.” Meanwhile, check out Chennai’s Ciclo Cafe, a hub for cycling enthusiasts.