Varanasi’s Ratneshwar Temple Leans More Than Italy’s Pisa Tower And Is Even Taller Than It!

Whenever we hear about ‘the leaning tower’, it usually reminds us of the Pisa tower in Italy. But did you know that there is a structure in India that leans more than Pisa and is even taller than it? The Pisa tower has a lean of around 4 degrees. But the Ratneshwar Temple, nestled near Manikarnika Ghat in Varanasi, leans by around 9 degrees. As per some reports, the temple has a height of 74 metres, which is around 20 metres higher than the Pisa tower. The historic Ratneshwar Temple dates back to centuries and is one of the most photographed temples in Varanasi.

Also Read: Tent City To Come Up On The Banks Of Ganga In Varanasi; Tourists Can Camp By The River

The Ratneshwar Temple of Varanasi is dedicated to Mahadev. It is also known as Matri-rin Mahadev, the Leaning temple of Varanasi or Kashi Karvat. The shrine has a phamsana mandapa and a nagara-style spire. The Ratneshwar Temple sits midway between  Manikarnika Ghat and Scindhia Ghat. The level of the temple is conspicuously low, right by the river’s edge. It remains submerged in the river water for most of the time in the year. At times, the water level even rises up to the spire of the temple. Some sources say that the temple was constructed in the mid-19th century. The temple has been featured in various photographs from the 1860s. 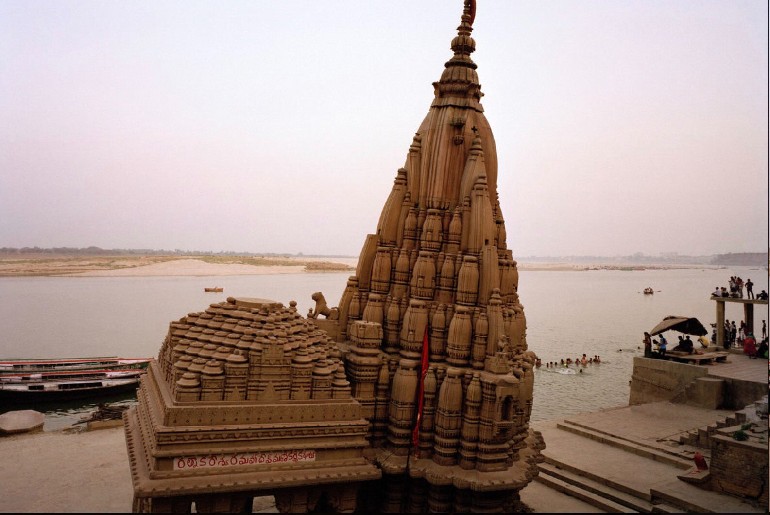 The Temple Stood Straight In The Past

In the old photographs, the temple can be seen standing straight. However, in modern photographs, it looks slanted. According to a Times Now report, the ghat had once collapsed and leaned, causing the temple to slant. A large number of travellers do not know about the temple yet, except for those inclined towards spiritual tourism. But nevertheless, it is one of the stunning pieces of architecture in India overlooking the vast waters. 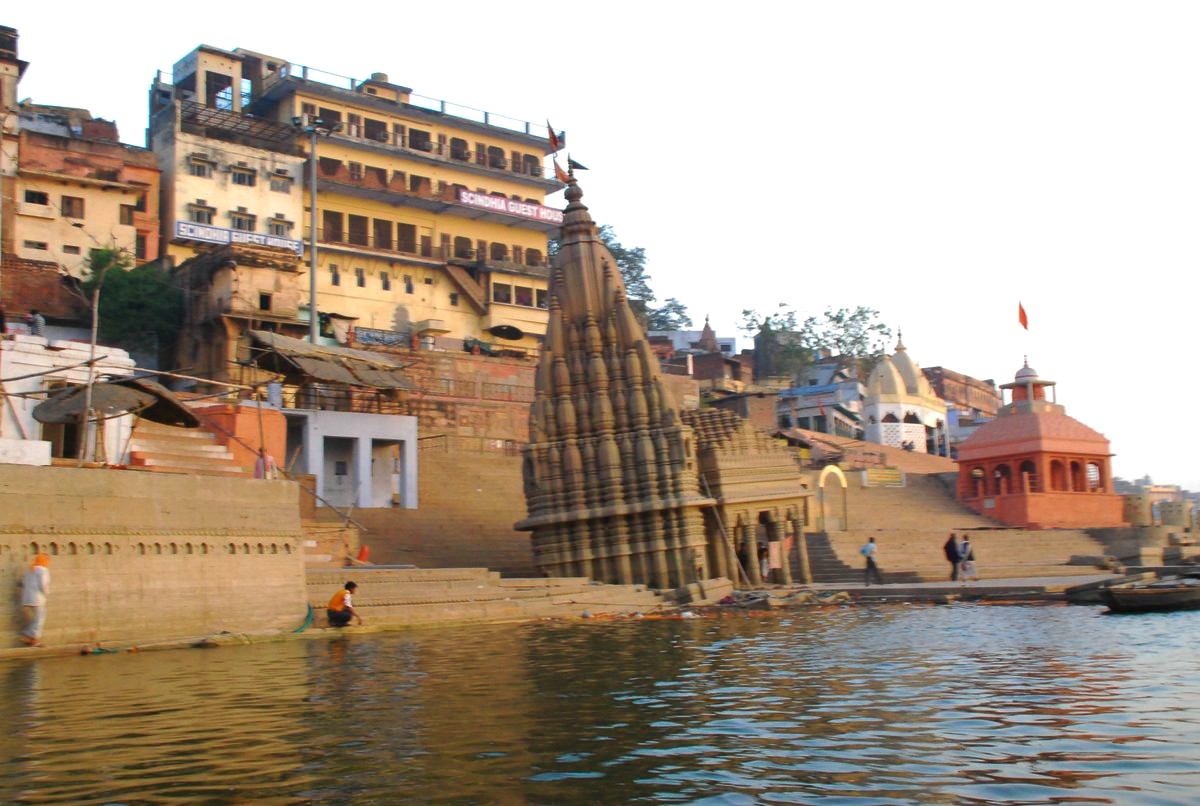 So, whenever you plan to visit Varanasi, definitely keep the Ratneshwar Temple in your itinerary. Till then, enjoy this virtual tour of Varanasi from the comfort of your home: