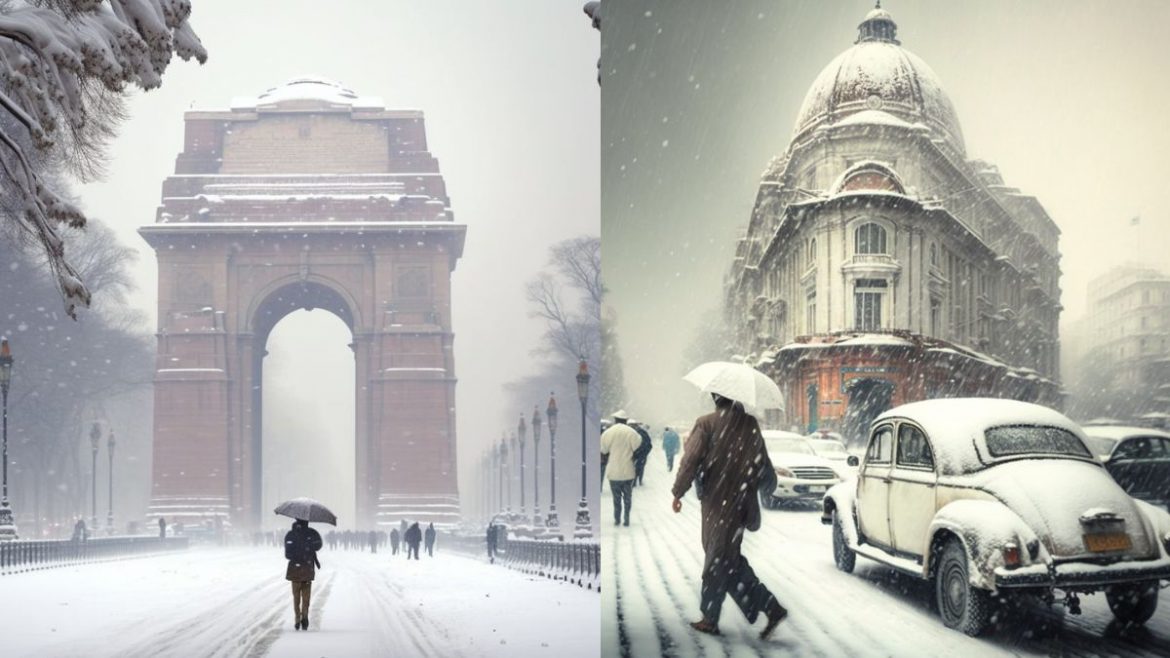 Delhi and Kolkata experience immense cold and chills every year and the weather is the same this year as well. It is getting colder in both these cities and their neighbouring places. Citizens of cities like Delhi, Kolkata, and more in the plains travel to hill stations and mountains every year to enjoy snowfall. But what if it really snowed in these cities? With the help of artificial intelligence, a Twitter user made it possible. He shared some beautiful AI-generated photos of snowfall in these Indian cities.

Technology has made everything easier than ever. It is even bringing most of our visualisations to real life. Recently, a Twitter user named Angshuman Choudhury (@angshuman_ch) used artificial intelligence to create such magical pictures that are far away from reality.

What would Delhi, both New and Old, look like during a heavy snowfall? I have always wondered. And now, AI helped me visualise it. pic.twitter.com/PO1Shtbakq

Angshuman always wondered how both New Delhi and Old Delhi would look like during a heavy snowfall. Well, with his curiosity, talent, and AI, he created mindblowing pictures where some of Delhi’s most iconic attractions are covered in thick blankets of snow. For New Delhi, he chose the one and only India Gate and for old Delhi, he took a beautiful gate reflecting the old charm of the city. The AI-generated pictures look very realistic and safe to say, we are loving Delhi covered in snow layers.

Trams and yellow taxis are synonymous with Kolkata and its heritage. And the Twitter user used these iconic symbols of the city to portray snow-covered Kolkata. The pictures look absolutely surreal with blankets of snow layering on the buildings, cars, streets, and trams. The creator truly has represented the purest essence of the City of Joy in these AI-generated photos.

In one of the following tweets, he also shared that he used Midjourney to create these pictures and give life to his thoughts and visualisations.

What do you think of these photos generated using artificial intelligence? We are absolutely mesmerised by snow-clad Delhi and Kolkata and even Netizens are praising the wonderful creations.