All those who’ve got a fetish for haunted hotels in India have definitely heard about Morgan House in Kalimpong. Nestled in the lush green hilly estate, the ivy draped colonial cottage was built by a rich businessman, Mr. George Morgan in the 1930s to celebrate the wedding with his beautiful wife. Built atop the Dupindara mountain, the mansion that overlooks the majestic Kanchenjunga, was the summer home for the Morgans. The couple had started their post-marriage life in the countryside-styled cottage. But unfortunately, Mrs. Morgan had a premature death in the cottage. Soon after, Mr. Morgan abandoned the house. The mansion went to the hands of a trust and after the independence of India, the government took control of the property. It has now been turned into a boutique hotel. 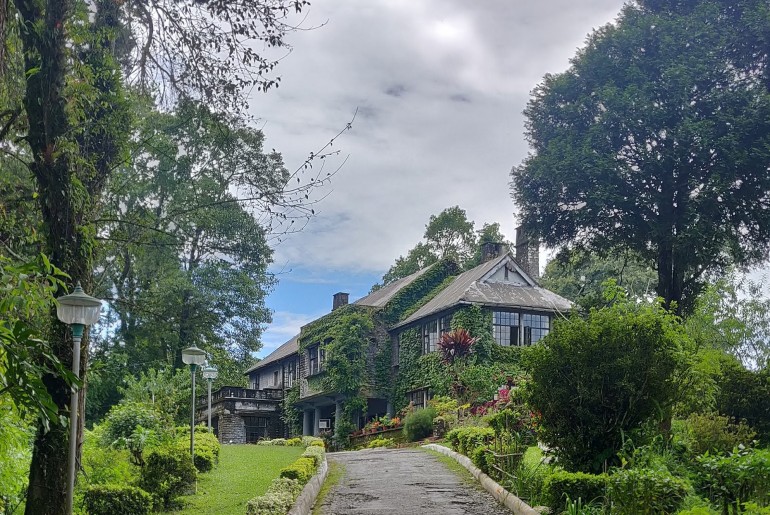 The Mistress Who Haunts The House Till Date

Morgan House isn’t like any other cottage. There have been spooky tales spanning around the bungalow that can run shivers down your spine. People say that Lady Morgan’s ghost haunts the house till date. Locals claim to hear voices of someone walking in high heels in the wooden corridors. If you’re still considering it as a rumour, we spoke to someone who has a real-life experience from the cottage. Surprisingly, she did not even know about the hauntings before visiting the place. But certain incidents occurred that made her anxious and alarmed. 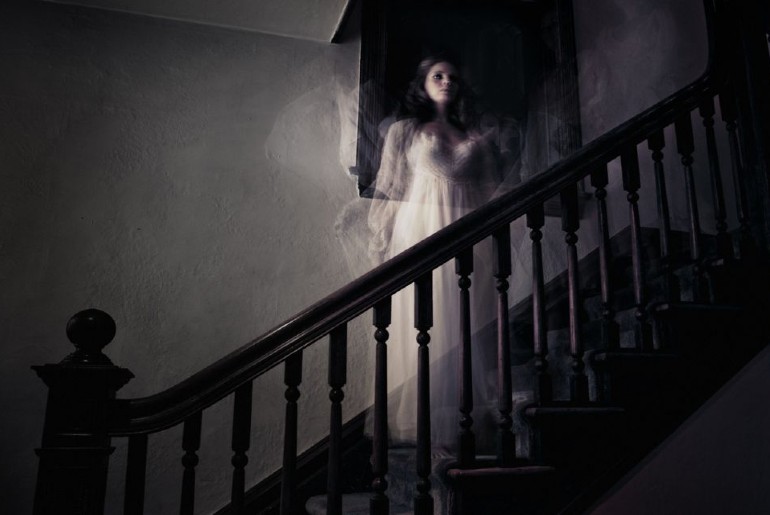 It was the year 2017. I decided to go to Kalimpong with my mother and my seventeen-year-old son, Ribhu. Kalimpong is a serene hill station around 50 kilometres away from the Queen of Hills, Darjeeling. We had booked a room for 3 nights at Morgan House, Kalimpong via the WBTDC website and had made the entire payment online. Morgan House is around 3 kilometres away from the main city and sits on a gorgeous, secluded expanse. Adjacent to Morgan House, there is an Army Golf Club and a coffee-n-snacks bar. Inside the grub corner, you can hold a cup of piping hot coffee and feast your eyes on the mesmerising greens surrounding the golf club. 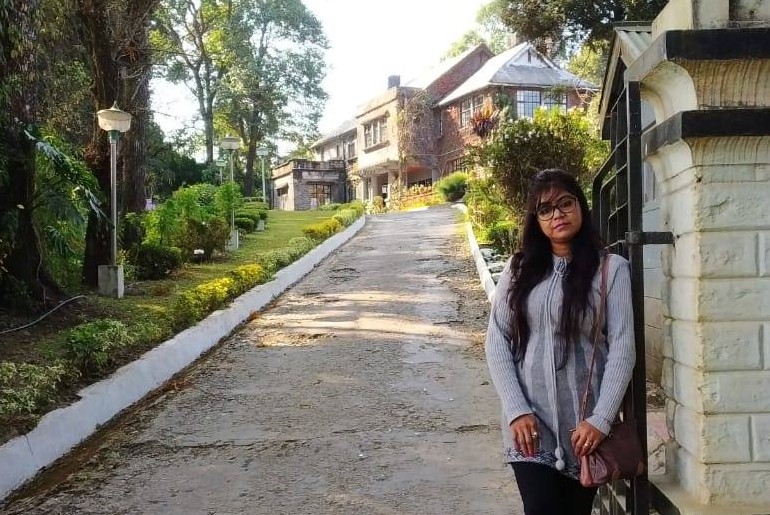 We had reached the cottage at around 1 PM, in the afternoon. After lunch, I and my son Ribhu went on a stroll through the misty lawn nearby. On returning, we had tea and pakoras. In the backside of Morgan House, in the sweeping garden, we started conversing comforting ourselves on a swing. One thing I must mention here is that the food at Morgan House is highly delicious. 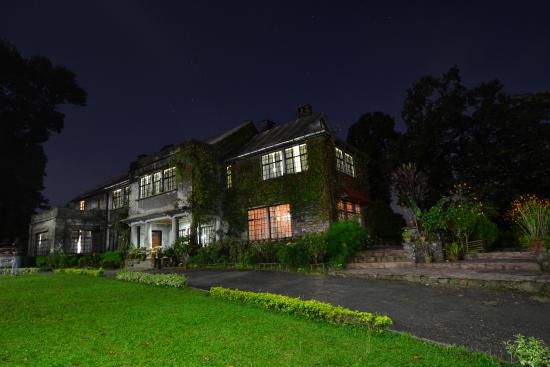 Right after dinner, we went for another round of stroll at around 9 PM through the half-darkened paths, flanked by the line up of pine trees, the mountains and the golf course. The mysterious sight is not to be forgotten. We were quite tired after the last night’s train journey, so we went to sleep after the walk. Our room was on the ground floor, beside the reception and the dining hall. I and Ribhu lazed down on the Queen Bed and my mother slept on the extra cot. The extra cot was placed at the foot of our bed.

A Sudden Groan In The Middle Of The Night

I can’t remember how long I could sleep. Just a few minutes after shutting my eyes, I was woken up by the groaning sound of my mother. I thought maybe she was having nightmares due to the fatigue of the journey. I pushed her and asked her to go back to sleep. I too rested back. But in a few minutes, I heard her groaning again. At that moment, my mother was denying to sleep in the extra cot. When I asked her what happened, she stared back blankly. I did not talk much that night. I let my mother sleep next to Ribhu and I pulled the extra cot beside the Queen Bed and lay down on it. Because there was a big glass window next to the position where the cot was placed earlier. It could not be completely locked, because of the cable TV wire. The silent garden outside, the mountains and the dark realms seemed creepy altogether. Though it was the month of November, the temperature was quite freezing. Ribhu was sleeping peacefully, unaware of everything. Due to a strange feeling, I and my mother could not sleep for the rest of the night.

Also Read: Kurseong In West Bengal’s Darjeeling District Is The Most Haunted Hill Station In India

In the morning, the splendour of the nature around the cottage left us spellbound. Along with a toothsome breakfast, we three began to enjoy the beauty of the place, forgetting everything that happened the last night. Neither did I tell about the incident to Ribhu, nor did I ask my mother anything. My mother told me later that she did not elaborate about the happening as we would be scared. We had to stay there for two more nights. 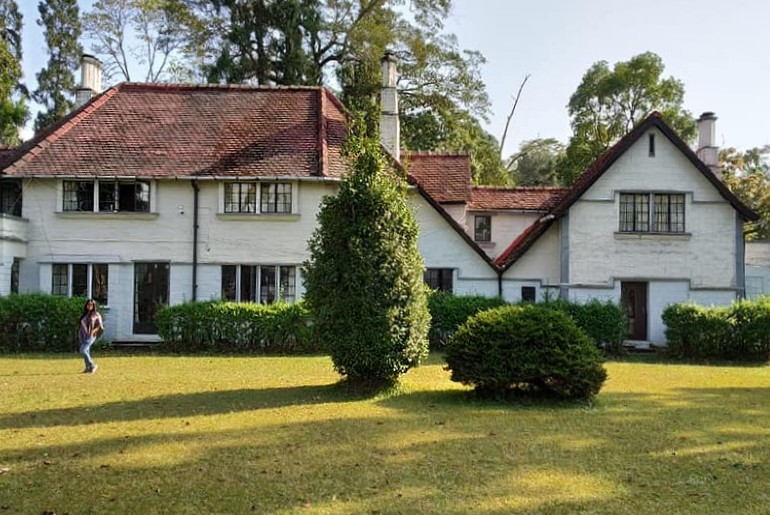 Ribhu was clicking pictures of the marvellous mansion and its surroundings. I was sending the pictures to my sister over WhatsApp, asking her to visit the place sometime. It was so spectacular. My sister couldn’t hold her excitement after seeing the pictures and instantly did a Google search. And then came the real shock. My sister called me up and asked, “Did you people sleep at night?” Her question scared the daylights out of me. When I told her about the night’s incident, she said that Morgan House is a haunted place, most probably India’s 8th haunted.

I was already regretting booking three nights here. I was so beguiled by its stunning pictures on the WBTDC website, that I booked three nights without doing much research. And even after visiting there, I was not disappointed. The charm of the place surpassed the beauty of the pictures. I did not tell anything to my mother about what my sister said. I went to the reception and narrated the night’s experience. They gave me a Bible and told me to put it under the pillow before sleeping. They also told me to utter before sleeping, “Jesus Loves You”. I was also told to call the reception if I felt scared. Their staff members sleep in the reception. At dinner, I met a newly married couple. They had booked their stay at Morgan House because they wanted to spend their honeymoon in a haunted house. They had made their booking after all the research, but only for one night. Even they asked me to call them if any help was needed at night. Even that night, I and my mother could not sleep. A weird, eerie feeling kept us awake the entire night. We checked out the very next day. The manager of the cottage is a gentleman residing in Kalimpong. He said that he had assumed we had visited the cottage knowing the background story.

Also Read: A 500-Year-Old Palace Or A Haunted House? Malcha Mahal Has Got Delhi Excited!

Dead Bodies Under The Mansion

Morgan House was built in the style of a Scottish house during the British era in India. Mr. Morgan used to stay there with his wife. Mrs. Morgan had committed suicide, hanging herself. The abandoned house was extended as a guest house. Many Britishers used to visit Kalimpong to spend their holidays in the hills. A landslide had also taken place there. It has been heard that many people got buried during the landslide, whose bodies could not be recovered. Only the mansion was reconstructed. The dead bodies remained under the house. 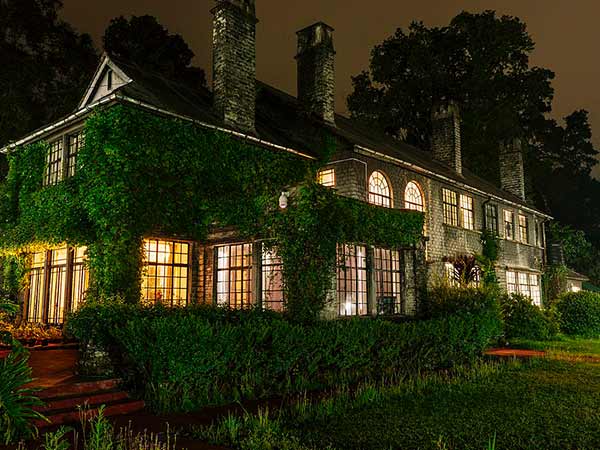 Many guests have seen the spirits of the dead bodies in various forms. My mother saw a young, tall fellow removing the quilt placed over her. When my mother changed side, he went in front of her, sat and started pulling her elbow. It was then she started groaning. The manager said that from the kitchen of the main building, sound of cooking can be heard every night. The room in which Mrs. Morgan had committed suicide remains locked. It has been completely sealed. I and Ribhu saw the room from outside by visiting the second storey of the main building. 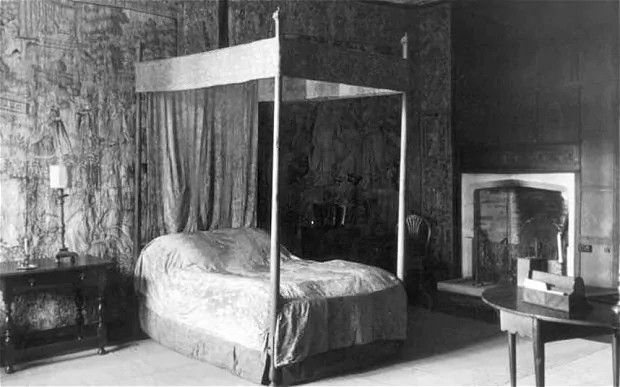 Picture Credits: The Telegraph ( for representation)

I have shared my personal experience. Similar experiences might not happen to you. But nevertheless, the place is jaw-droppingly alluring. Even scenes of the Bengali movie Jekhane Bhooter Bhoy ( Where there is Ghost’s Fear) has been filmed at Morgan House. The movie is based on the story of Satyajit Ray and is directed by his son Sandip Ray. 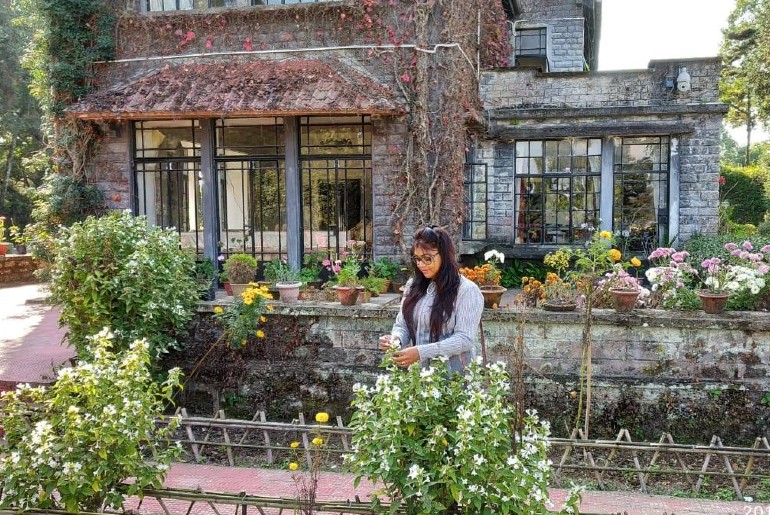