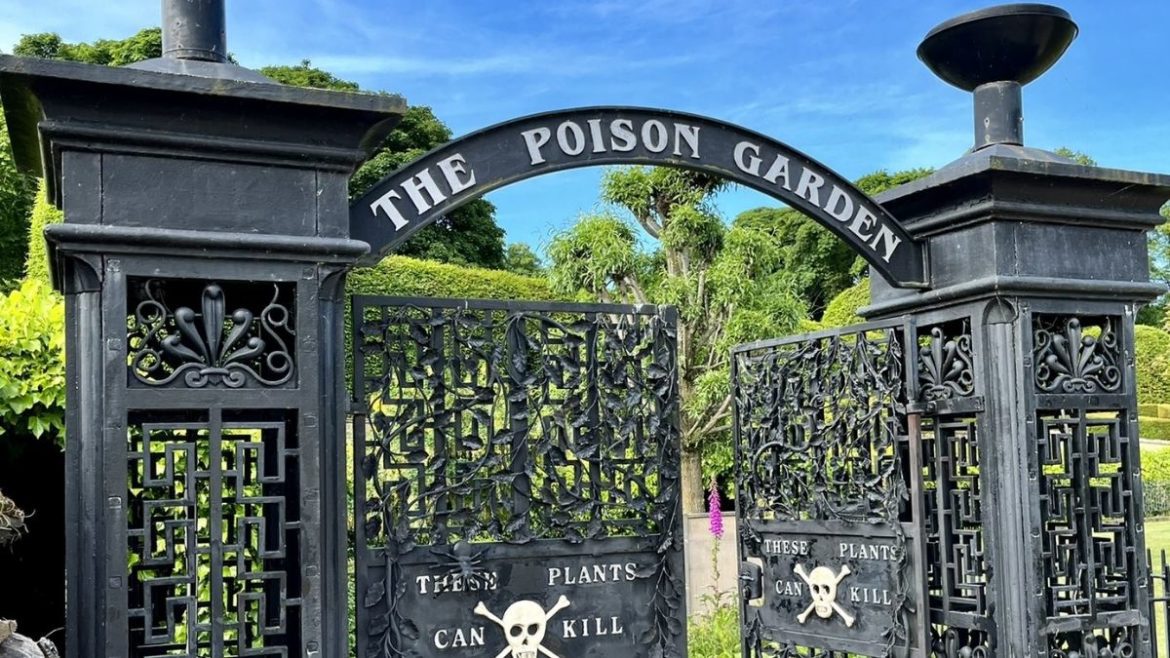 You might have been to many beautiful gardens in the world, but there is one garden that you surely will not like to ever visit. Well, Northumberland in England is home to a garden which is known as the world’s deadliest garden. It is commonly known as ‘Poison Garden’ with more than 100 varieties of dangerous plants and is a small part of Alnwick Garden.

The Poison Garden In England

World’s Deadliest ‘Poison Garden’ was named so because of it being home to more than 100 varieties of narcotic and toxic plants. The garden was envisioned by Jane Percy, Duchess of Northumberland and came up in 2005. Jacques Wirtz, a noted landscape architect from the French Tuileries, was hired by the Dutchess to transform the stretch of Christmas trees. The Dutchess was inspired to introduce home for poisonous plants after exploring Italy’s ill-famous Medici poison garden. The report also stated that the garden has Ricin, also known as Castor Bean or Castor Oil, one of the world’s most poisonous plants according to the Guinness Book of World Records.

Walk beyond the gates for your guided tour to learn not everything is as it seems in a quaint English Garden. Tours are included with Garden Entry, just ask our friendly guides! 🌱 pic.twitter.com/bD5fOKJVxH

Also read: Not Amsterdam, These Stunning Tulip Gardens Are In India

Around 600,000 people visit the gardens annually, and only guided tours are permitted to access the gardens, according to the garden’s website. However, the visitors have to abide by certain rules and are given strict warnings about touching, tasting or smelling any plants. The authorities come across incidents where people faint when they inhale toxic fumes from these lethal plants, despite the fact that they were pre-warned about it. In spite of the fact that some of the plants in the garden are poisonous, they are reportedly effective in treating serious illnesses.

Alnwick Poison Garden at Alnwick Castle, England ,was established in 2005 by the Duchess of Northumberland who’s affinity for the apothecary gardens inspired the collection of nearly 100 deadly and hallucinogenic plants.#FaustianFriday pic.twitter.com/Qwpo0D3WmM

Also read: 6 Destinations In India With Both Mountains &#038; Beaches To Enjoy The Best Of Both Worlds