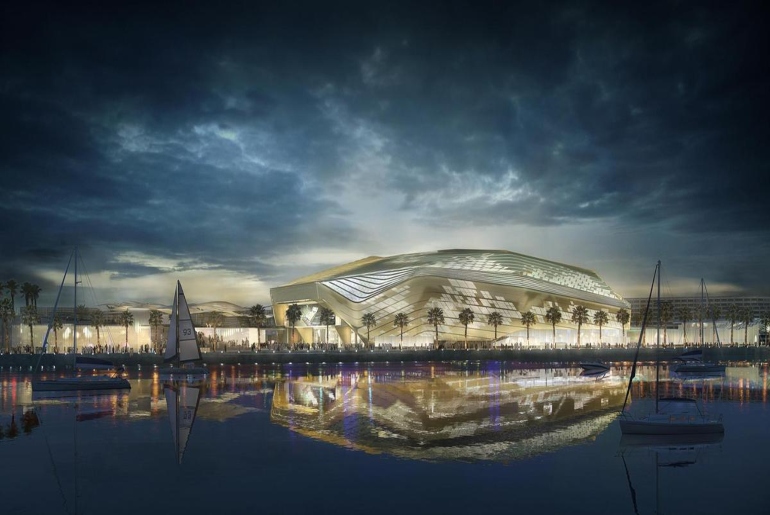 Remember it was announced earlier that Yas Island is getting a mega attraction? The new project also features a massive arena, which now has a name. The Etihad Arena is all set to add glamour to the Yas Island. The arena is part of the Yas Bay project which also includes sports and leisure attraction and a hotel. Abu Dhabi’s Miral group is the brain behind the mega project.

A massive new arena named the Etihad Arena, will soon be spotted at Abu Dhabi’s Yas Island. The Abu Dhabi Government Media Office revealed the name in a tweet.

The tweet said, “#AbuDhabi’s newest large-scale indoor entertainment venue will officially be named Etihad Arena as part of a partnership between Miral and @EtihadAirways. Etihad Arena is part of Yas Bay, an iconic mixed-use development located at the southern end of @YasIsland.”

#AbuDhabi’s newest large-scale indoor entertainment venue will officially be named Etihad Arena as part of a partnership between Miral and @EtihadAirways. Etihad Arena is part of Yas Bay, an iconic mixed-use development located at the southern end of @YasIsland. pic.twitter.com/WCrAvrf2mQ

Located at the Yas Bay development, the new arena is part of the Yas Bay mega project. The Etihad Arena can accommodate 200 to 18,000 people. The new venue will host sporting competitions, corporate events, cultural performances, concerts, and other big events in the capital.

Speaking about the Etihad Arena, Tony Douglas, group CEO of Etihad Aviation Group said: ““It’s an honour to partner with an Abu Dhabi institution such as Miral on this joint venture, that will further promote Abu Dhabi and Yas Island as a hub for entertainment, tourism and culture.”

Once completed fully, the AED 12 billion mega project will also boast dozens of cafes and restaurants, a pier, promenade, infinity pool, and a metro service. The project will also feature Clymb- the world’s widest indoor sky diving flight chamber and the highest indoor climbing wall that towers at 43 meters. A brand new Hilton hotel with 550 keys is also part of the mega project.

And if this is any less, take a look at some of the other attractions you must look forward to in Abu Dhabi this year!

Meanwhile, in case you’re planning a trip to the Yas Island, here’s everything you ever need to know to enjoy a holiday like nowhere else!

Getting to Yas Island

First things first, you don’t have to worry about the commute. Yas Island is conveniently located just 10 minutes away from Abu Dhabi airport and 50 minutes from Dubai. So, in case you’re driving down, just pin the location on your maps and drive on over. If you need to rent a car, the airport has plenty of options and all car rental offices operate 24/7.

Yas Island also runs free shuttle buses from Dubai city centre, Dubai Mall, and the Mall of Emirates- so you don’t have to scramble your way through.

Once you are on the Yas Island, hop onto the complimentary Yas Express shuttle service that takes you to any of the major island attractions, which are already minutes away from each other.

After braving the water adventures, record-breaking roller coasters and catching up with your favourite superheroes, you’ll want to dive into an extra-comfortable bed to call it a day. From 3-star to 5-star, Yas Island boasts an impressive lineup of hotels. The hotels are docked in a great location, providing swift access to all of Yas Island’s attractions as well as the Abu Dhabi airport and the UAE capital’s mainland. Here’s the list of hotels you can stay at Yas Island.

Whether you are an adrenaline junkie or prefer a warming along the coast, Yas Island has a little something for every kind of traveler. Here’s what you must check out!

The world’s first Ferrari branded theme park, Ferrari World Abu Dhabi boasts over 37 rides and attractions, good enough to give you an adrenaline rush. Thrill enthusiasts have to try Formula Rossa- the world’s fastest roller coaster, accelerating to 240 km/h and rising to heights of 52 metres. This ride is hands down a must-add to your bucket list! 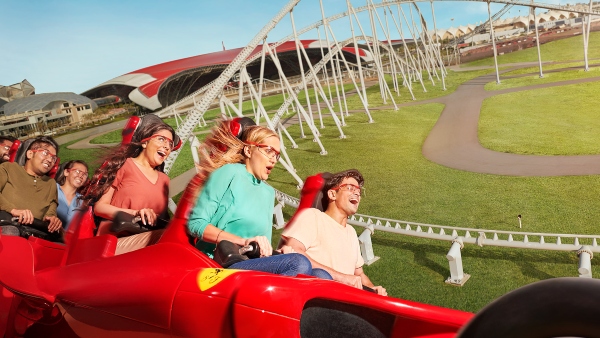 Maybe you’d rather escape and let your imagination run wild; head to Warner Bros. World Abu Dhabi. One of the largest indoor theme parks in the world, it features 29 rides and attractions across its six lands – Bedrock, Metropolis, Cartoon Junction, Gotham City, Dynamite Gulch and Warner Bros Plaza. You can meet all your favorite characters and superheroes – from Bugs Bunny and Daffy Duck to Batman and the Joker. 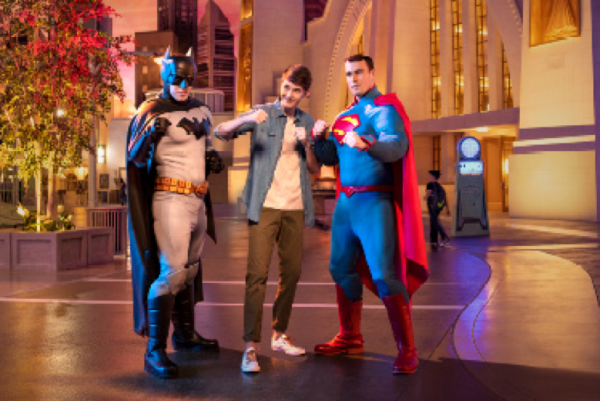 Are you a water baby? If you’re nodding, then you’re in luck. Yas Waterworld has become a world favorite featuring more than 40 thrilling rides and attractions along with five one-of-kind rides. Staying cool all year round couldn’t be any easier!

The park also has a dedicated ladies night every Thursday. So, gather your girl gang and float along the lazy river, swim against the waves or groove to the tunes of live DJ music as the water park transforms into an entertainment arena solely for women. During the ladies’ night, the park is monitored by an exclusively female team. 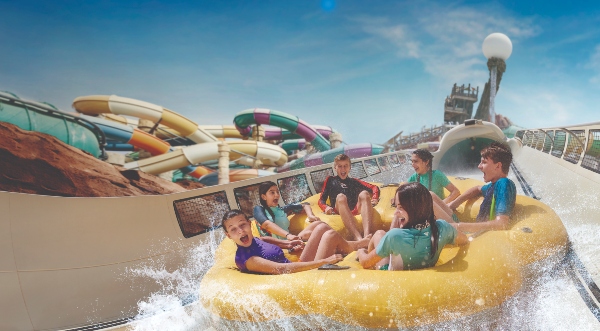 If there’s one place that can make your Formula 1 dreams come true, it’s got to be the Yas Island. The Yas Marina Circuit lets you feel the hustle and bustle of the Abu Dhabi Grand Prix. Get behind the wheels and challenge your friend for an adrenaline-pumping race. This, is adventure like nowhere else! 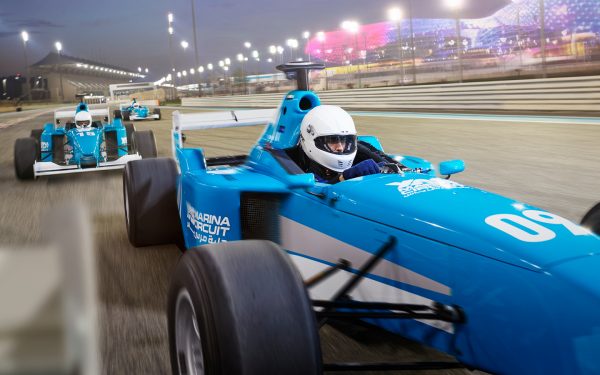