You Can Soon Travel From UK To India In Flypop, A Low Cost Airline

The UK is all set to get a low-cost startup airline called Flypop. This budget airline will help folks in the UK commute all the way to India. Just in case you’re wondering, the “pop” stands for ‘people over profits’. The airline has signed a lease for multiple Airbus A330-300 aircraft from the Ireland-based aircraft lessor Avolon. The British low-cost airline will fly from the UK to second cities in South Asia, operating an all-economy service. Here’s everything you need to know about flying in Flypop, on a budget.

The website of Flypop describes itself as “The first British low-cost airline flying from the U.K. to second cities of South Asia starting in India.” Providing all economy seats, Flypop will have folks in the UK travel to cities in India on a tight budget. Flypop CEO and Principal Navdip Singh Judge stated “As a twin-engine double-aisle wide-body that can carry over 400 passengers, the A330-300 aircraft will deliver everything we want to offer our Flypop passengers, especially the lowest seat prices to India.”

Also Read: Travelling To India? Here Are 11 Rules & Guidelines You Need To Know Before Boarding Your Flight 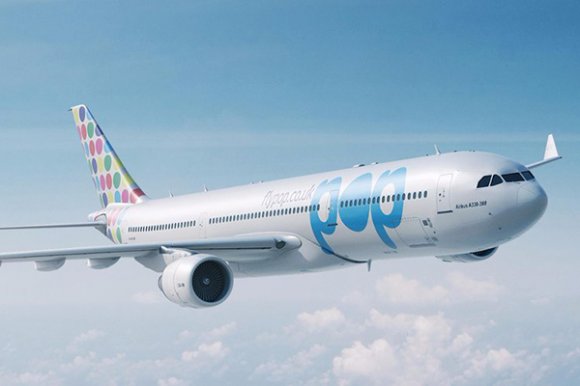 Flypop To Launch Flights From London To Amritsar & Ahmedabad

According to The Points Guy, this budget airline plans to launch its first flight by October 2021. At the time of launch, Flypop will commence two routes from  London Stansted (STN) to Ahmedabad (AMD) and Amritsar (ATQ). Later on, it shall also launch more flights to Goa and Kolkata. Initially, the budget airlines planned to launch its flights in 2016. At that time its name was just POP, “people over profits.” But since then the plans were put on hold to procure essentials.

We plan to make flights available to the 'Second Cities' in #India
✈️ https://t.co/Xs7Nri4epX
📷 #Amritsar pic.twitter.com/LMAZHrKddS

The airline then planned to launch in 2020, alas the coronavirus pandemic played spoilsport to the airline industry as whole. Now, Flypop conceives that the end of 2021 would be the right time for travel to pick up pace especially since people would want to take leisure trips to meet their loved ones. Meanwhile, another way to visit London would be to go on the longest bus route in the world from India to London.