5 Most Outrageous Dishes Served Around The World 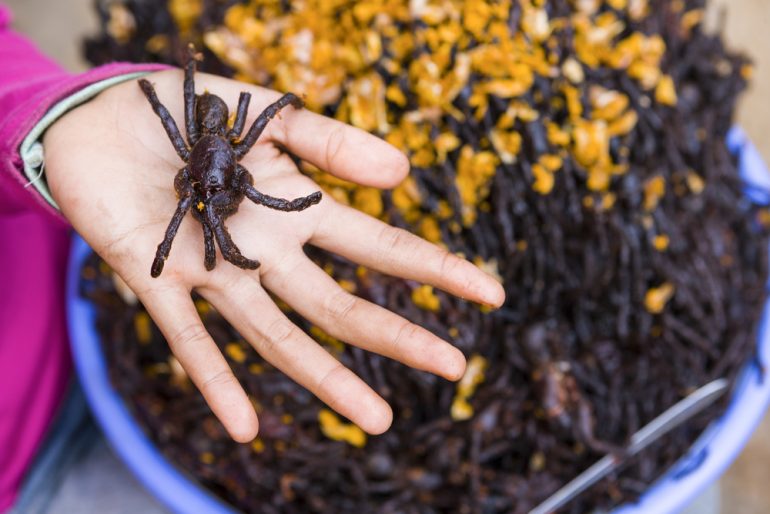 If you think you’ve eaten the most outrageous dishes already, stay tuned and read the following. And, if you’re one of those who is willing to indulge in one, you’re at the right place. These bizarre yet edible dishes around the world will be some of the most interesting eats you’ve ever eaten.

Chicken’s Feet is usually served in East Asia, Caribbean, South America and South Africa, after removing a layer of skin from the feet; the rest of it is cooked and seasoned properly. It is pretty tasty if appropriately flavoured, however the bones might come in your way of enjoying the delicacy. Also Read: New Study Shows That The Ozone Layer Over The Southern Hemisphere Is Healing

Haggis, Scotland‘s national dish, is a savoury pudding that contains sheep’s pluck (heart, liver, lungs) minced with onion, oatmeal, suet, spices, and salt, mixed with stock, traditionally cooked in the animal’s stomach. Would you like to try it out? It is supposedly a flavourful and an absolutely delicious dish to eat. No wonder its a national dish! Black pudding is not a pudding at all but a type of sausage that is a blend of onions, pork fat, oatmeal, flavorings and pork blood. Those who like the traditional Irish breakfast, indulge in this dish accompanied with some baked beans, tomatoes, mushrooms, and eggs. The dish is nutritional in nature, however it could take a toll on your cholesterol levels if had on a regular basis. Here 10 Of Dubai&#8217;s Most Outrageous Burgers. This delicacy is found in most Japanese grocery stores for about AU$1. The taste of it is similar to a squid and the eyeball comes surrounded with fish fat and is often served with mussels. An easy way to consume it is to boil it just before you want to eat it. Tell us in comments if you’d ever give it a try? Tarantula is that one creature you wouldn’t even think of going close to, leave alone eating it. However, it is a well known delicacy in Cambodia for which  tourists travel for far-away locations to just get a taste of it. They cost only a few cents and can be pan fried with a bit of garlic and salt. Take this WEIRD Food Combinations Challenge By Team Curly Tales. 5 Oldest & Legendary Restaurants In Dubai You...

In Pics: Ain Dubai Lights Up The Night...