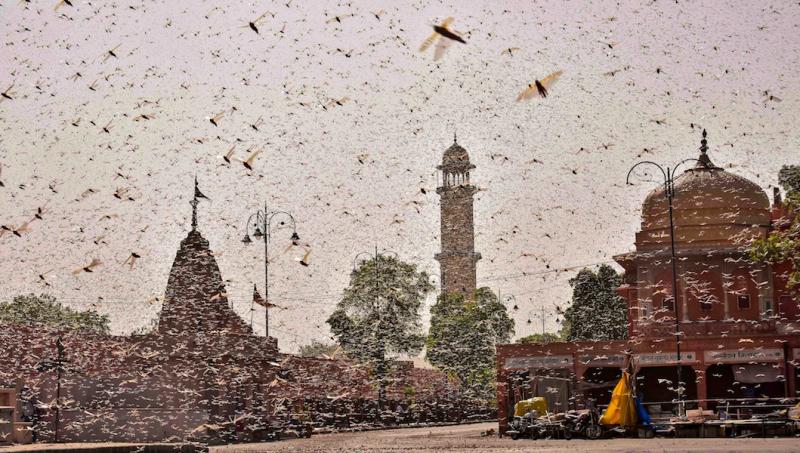 The year 2020 is finally coming to an end and thank God for it.  From the most deadly virus ever known to mankind to forest fires and locust swarms,  2020 has sure been the year that our ancestors warned us about. The natural disasters in 2020 brought catastrophic results for millions across nations in 2020. They not only caused thousands of deaths but also tens of billions of dollars in losses. Here are some of the most destructive climate disasters of the year which led to damage worth millions.

Started in December 2019, the Australian bush fires showed no signs of slowing down or stopping. While most countries were celebrating New Year’s, Australia was facing one of its biggest natural disasters and several states called for emergency in January. As per a report published in the Medical Journey of Australia, the Australian bushfire burned an estimated 18.6 million hectares, destroyed over 5,900 buildings, and killed at least 34 people, while over 400 people were killed due to the residual smoke inhalation. On January 1, 2020 devastating floods destroyed Indonesia’s capital, Jakarta and some neighbouring areas. Over 4 lakh people were forced to flee from their homes. The floods were accompanied by heavy rains lashing the city causing further damage as rivers overflowed and people were submerged in waters that were 5ft in depth. Several locals were victims to drowning or landslides, while others died of electric shocks or landslides. About 66 people lost their lives to this natural disaster of 2020. 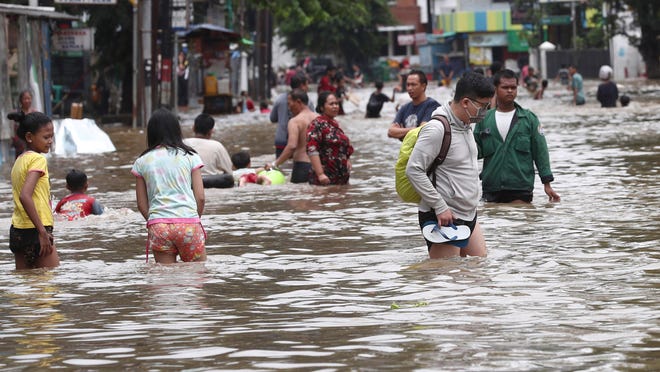 This year, the United States was hit by the most significant natural disasters and the highest economic costs. Apart from the pandemic, a record-breaking hurricane took a toll on their economy. The wildfire caused due to the hurricane added up to more than $60bn in damages. While the fires are a natural part of the ecosystem, a hotter climate caused by carbon emission is affecting the extent of these fires. 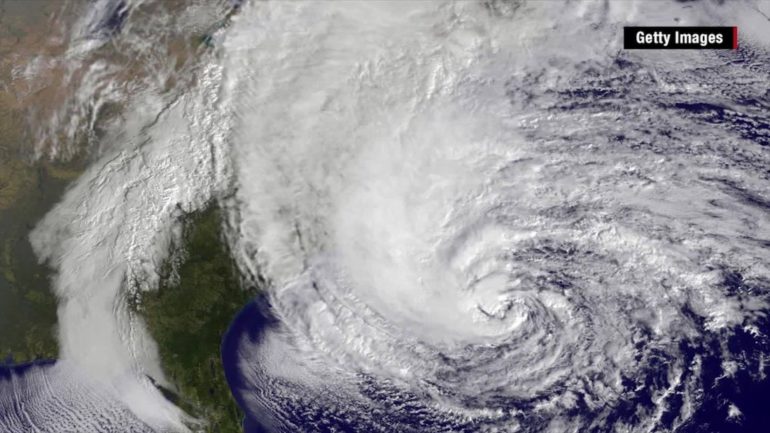 4. Volcano Eruption In The Philippines

The Taal Volcano is the second most active volcano in the Philippines and it started rumbling on January 12th in Luzon, followed by an eruption and ash dust over 100 km away. It had last erupted 43 years back. The Volcano left huge ash clouds which caused mass evacuations of over 300,000 people. On Feb 13th, the National Disaster Risk Reduction and Management Council (NDRRMC) and the Philippine Institute of Volcanology and Seismology (PHIVOLCS) reported a total of 2,484 volcano-tectonic earthquakes in the vicinity of the volcano, 176 of which were felt. The Philippines is still reeling from the volcano eruption with a number of countries sending in domestic aid. 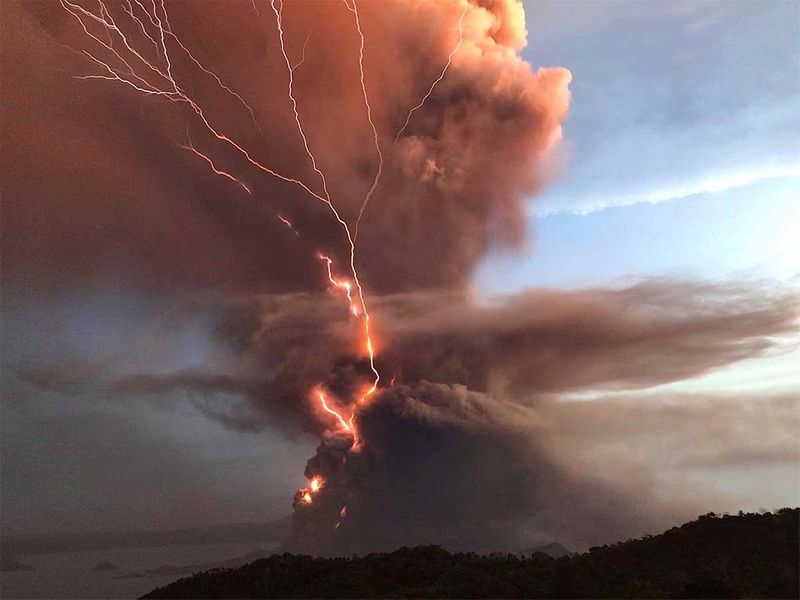 There have been so many earthquakes in 2020 that if I sat to categorise each as a natural disaster the list would be unnaturally long. So far there have been 45 earthquakes characterised over 6 magnitudes. Jamaica and Russia were the worst hit with earthquakes over magnitude 7. The earthquake in Turkey claimed 41 lives. Millions of desert locusts have swarmed 5 states in India, namely Rajasthan, Gujarat, Punjab, Haryana, Uttar Pradesh and Madhya Pradesh and the videos are quite scary. First detected in East Africa and then Pakistan, the deadly locusts do not affect humans but they do cause damage to crops. Swarms Of Locusts Attack 6 Indian States; Delhi & Mathura On HIGH ALERT

this could be one of the worst pest attacks in over 2 decades (26 years). There’s a global locust swarm in existence right now and India could suffer from a brutal wave in the coming months. To give you perspective, Desert Locusts are considered to be the most devastating migratory pests globally and a 1 sq km swarm in 1 day can eat as much food as 35,000 people. Not only do these insects breed rapidly but as many as 150 million locusts can exist in just 1 square kilometre. They feed on any kind of vegetation like crops, fodder and pasture and can destroy crops in seconds. 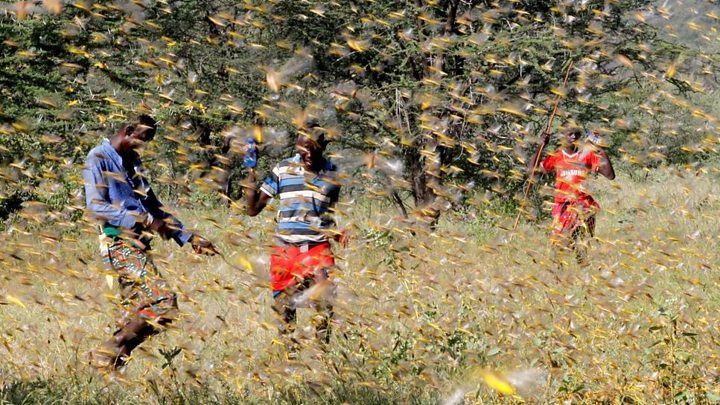 The sudden increase in locusts has been credited to climate change. The increase in temperature has made it more habitable to the breeding and swarming of locusts. Unusually heavy rains and increased temperatures from 2019 may most likely be the cause of this attack.

Cyclone Amphan created havoc in West Bengal and Odisha in May, leaving behind trails of destruction. The meteorological department termed the cyclone to be an “extremely severe cyclonic storm” that made landfall in both the states with abundant rains, gust windows and lightning, destroying everything that came in its way, leaving chilling visuals all around. The super cyclone reportedly killed 12 people in Bengal, while power supply and phone networks also took a hit in states. Cyclone Destroys Asia’s Largest Street Book Market 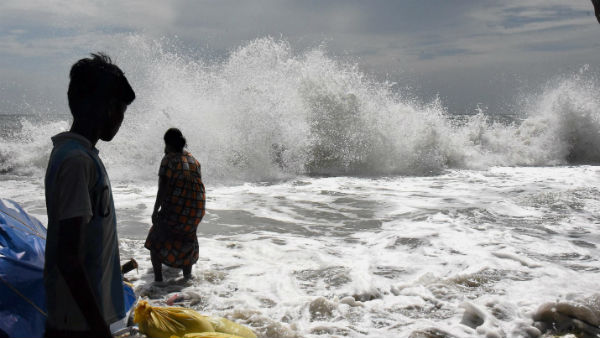 Europe is not only one of the worst-affected continents due to the pandemic but also due to natural disasters in 2020. The continent was struck by windstorms Ciara and Alex that cost nearly $6bn and killed 30 people. The worse part is that such extratropical cyclones are expected to hit Europe more often as temperatures rise due to global warming. 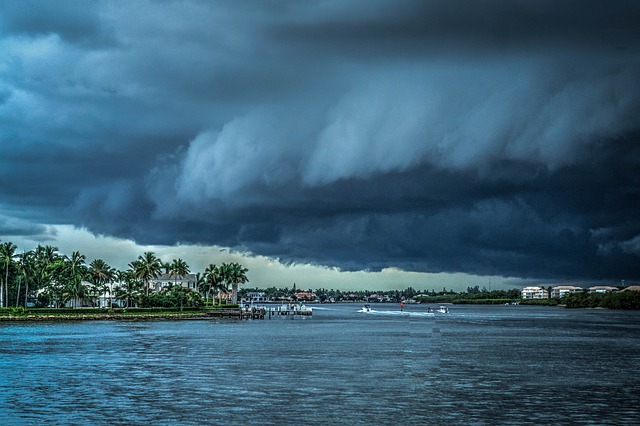 Very ironically, six of the ten most expensive weather events in 2020 happened in Asia. A lot of these disasters were triggered by unusually rainy monsoons. Floods that unfolded for several months in China and India cost an estimated $32bn and $10bn respectively. Due to the heavy rains in many parts of Assam, the flood situation had gotten out of hand. According to the Assam State Disaster Management Authority (ASDMA), a total of 128 villages in eight revenue circles of Lakhimpur, Dhemaji, Dibrugarh, Darrang and Goalpara districts were affected. Crops and domestic animals have also been affected by this.
Due to 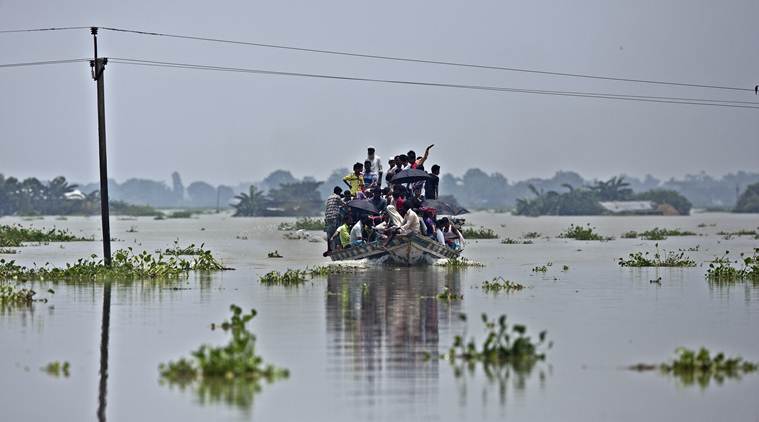 When you think of Antarctica, your mind normally conjures up images of an otherworldly space, with vast glaciers of white, tethering penguins and lazy seals. However, parts of the frozen continent are turning green, all thanks to climate change and massive algal blooms. According to a new research published in the journal Nature Communications, warming temperatures and melting snow in the continent are helping in the formation of algal blooms (rapid increase or accumulation in the population of algae), which are expanding at a high rate, thereby turning many areas ‘green’. In fact, the phenomenon is becoming so prolific in some places that it is even visible from space. Read more: Antarctica’s Snow Is Turning Green, All Thanks To Climate Change!

Well, we are going to start our 6th month soon so let’s hope the half year mark works better for us and things start getting healthier and happier.