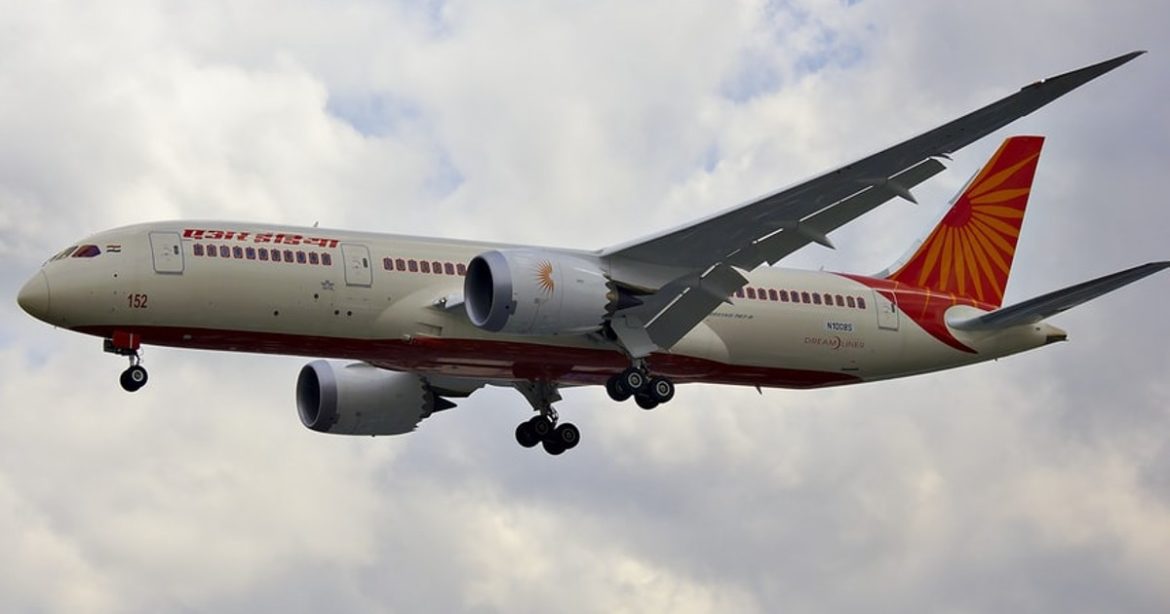 In a historic “Ghar Wapsi” moment, Tata Sons Pvt re-acquired Air India from the government after paying ₹18,000 crore. All set to revive the ailing Air India Ltd, saddled with debt and other tribulations, Air India will once again take to the skies under the able wing of the Tata Group. More than a business acquisition, the whole country celebrated this moment. Ratan Tata shared a 19-second voice note to welcome back passengers on board Air India after years. Amitabh Bachchan took to social media, recalling a nostalgic advertisement he shot for Air India, with Zeenat Aman years ago. Air India replied with “Shahenshah ko Maharajah ka Salaam,” stated, that they’re looking forward to having Big B on board.

T 4190 – Air India back with Tatas ..
and I remember the banner ad., in the late 50's on a striking building in Connaught Place, New Delhi, that I would pass by as I travelled to University in the Univ Special :

'There's an air about India !'

India’s first pilot was JRD Tata, who earned his commercial aviator certificate on February 10, 1929. The Air India founder flew Air India’s (then known as Tata Air Service) inaugural flight from Karachi to Bombay, 3 years after getting his pilot license. It was JRD Tata’s childhood dream since the age of 15, to become a pilot. He went on to not only fulfil his dreams but also give India its first airline. Tata Group shared pictures of JRD Tata’s pilot license on social media.

Also Read: 11 Interesting Facts About Air India You Probably Did Not Know

In a tweet shared by Tata Group over 75 years ago, Tata Airlines branched out from the Tata Sons into its company. This left the company to give a distinct name to the airlines. India’s first airline company had a choice of 4 names- Indian Airlines, Pan-Indian Airlines, Trans-Indian Airlines and Air India. The tweet included an excerpt from the Tata Monthly Bulletin of 1946. According to the excerpt, the democratic mind of the Head of the Tata Group decided it would be a good idea to let the decision to choose the name be made through popular opinion in Bombay House via a Sample Opinion Survey.

Also Read: 11 Interesting Facts About Air India You Probably Did Not Know

(1/2):Back in 1946, when Tata Air Lines expanded from a division of Tata Sons into a company, we also had to name it. The choice for India’s first airline company came down to Indian Airlines, Pan-Indian Airlines, Trans-Indian Airlines & Air-India. #AirIndiaOnBoard #WingsOfChange pic.twitter.com/BKpmwyAMim

Tata employees were given the task to choose one among the four names. Voting papers were distributed and they were urged to jot down their first and second preferences. The votes tallied to 64 for Air India, 51 for Indian Air Lines, 28 for Trans-Indian Air Lines and just 19 for Pan-Indian Air Lines. After the least favourite names were eliminated, the final count revealed a whopping 72 votes for Air India and 58 for Indian Air Lines. So, thus India’s first airline company was rightly named Air India.  This was a fascinating story that will be etched in our minds for time immemorial.

(2/2): But who made the final decision? Read this excerpt from the Tata Monthly Bulletin of 1946 to know. #AirIndiaOnBoard #WingsOfChange #ThisIsTata pic.twitter.com/E7jkJ1yxQx