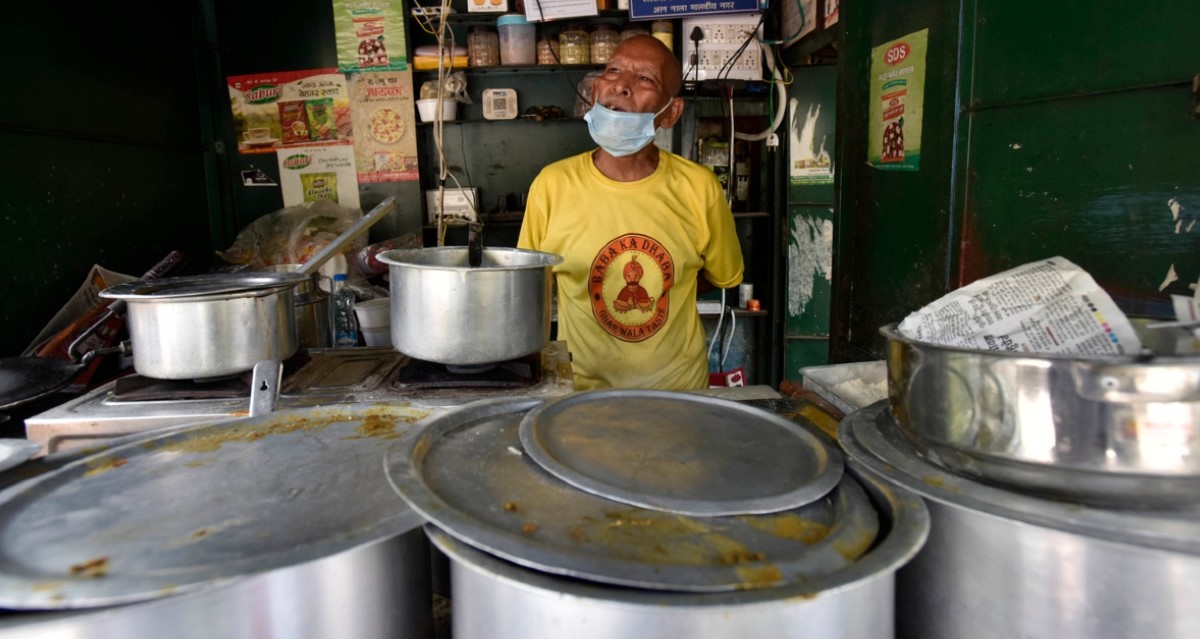 The owner of the viral South Delhi food stall Baba ka Dhaba was admitted to Safdarjung Hospital, following a suicide attempt. At present, he is undergoing treatment at the hospital. He was shifted to a general ward in Safdarjung Hospital  after spending five days in the Intensive Care Unit. On June 17, the police had received a PCR call that a man who had attempted suicide arrived at the Safdarjung Hospital. When the cops rushed to the spot, the man was found to be Baba ka Dhaba’s 80-year-old owner, Kanta Prasad. 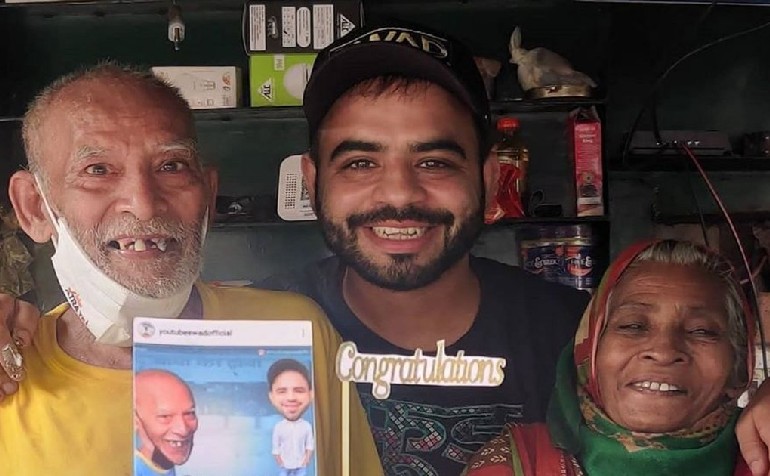 The Owner Reopened The Roadside Dhaba After Restaurant Failed

A year back, in October 2020, Mr. Prasad and his wife Bima Devi had earned overnight fame after blogger Gaurav Wasan shared a heart-wrenching video of their hardships online. After the video broke viral on the internet, many people headed to their little roadside stall in Malviya Nagar, Delhi, Baba ka Dhaba, to try out its homestyle meals. The stall had garnered the attention of even cricketers, Bollywood stars and also Delhi CM Arvind Kejriwal. People from all across the country donated for Mr. Prasad’s eatery and he was even featured in interviews. On the downside, Mr. Prasad had claimed that Wasan had siphoned his funds, but apologised later. He had opened a restaurant too, but after facing constant losses, is back to his roadside dhaba.

In the roadside stall Baba ka Dhaba, Mr. Prasad and his wife had been serving simple homemade meals like paratha with gravy, rice, dal and sabzis. In October 2020, the widely shared video of the tearful old owner of the small eatery in South Delhi went viral after he talked about how he had no customers. In the video, Mr. Prasad had shown vessels containing dal, soya curry, and other dishes that are ready to serve. When asked how much the aged couple made in a day, he had picked only a few ₹10- ₹20 notes from a box and said that was all they had earned. The couple had mentioned that they did not make more than ₹80 a day, despite starting their day early at 6.30 AM. Street food vendors have been hit hard after the pandemic, and Mr. Prasad and Bima Devi were also bearing the brunt. But their earnings had shot up overnight after their video went viral.

From The Small Dhaba To Restaurant, And Then Back To The Dhaba

Things started getting controversial when Mr. Prasad accused Gaurav Wasan of swindling the funds raised for him. In November, he had told The Indian Express that he received a cheque of only ₹2 lakhs from Wasan and that people came to his shop only to take selfies, adding that his sales didn’t pick up due to the video. Wasan had denied the claims and Mr. Prasad apologised later. With the funds received, Mr. Prasad repaired his house and could also bring food for his eight family members. In December, he decided to open a restaurant in the same locality with chefs and waiters. But unlike his roadside stall, his restaurant did not earn much fame. While his monthly expenditure was reaching around ₹100,000, the earnings were limited to around ₹40,000. After six months, he is back to the roadside stall again. 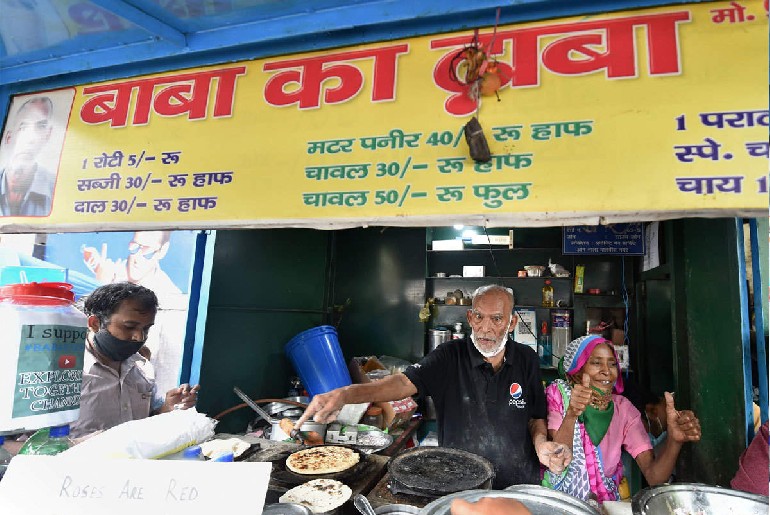 Speaking to BBC Hindi, he said, “We are not back to where we started, we have always been here.” However, he added that he was relieved with the decision of shutting his restaurant and said that earns much better now. His earnings come to around ₹1,300-₹1,400 in a day. However, Bima Devi has informed the cops that Mr. Prasad had been under depression for the last few days.