5 Beaches In India That Glow In The Dark 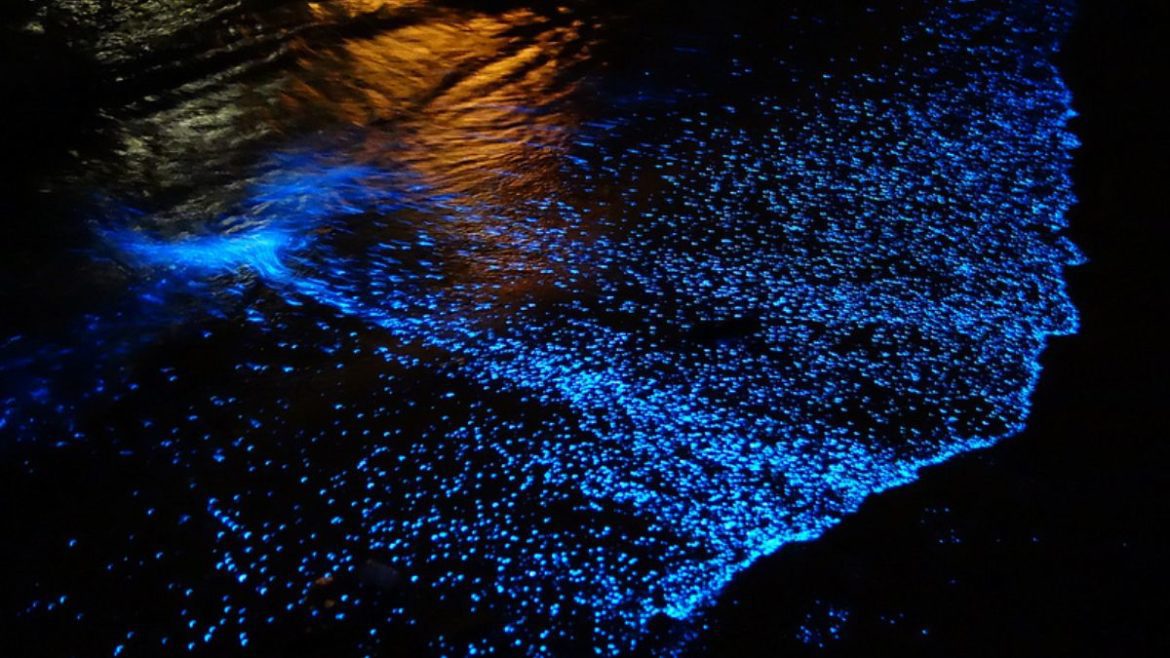 Have you heard about beaches that glow in the dark or have seen them in movies? Do you know why they glow? Well, it is no magic but science and this phenomenon is known as bioluminescence. Living things including bacteria, fungi, algae, insects, and, in certain situations, aquatic animals create bioluminescence. These creatures engage in a sort of chemical reaction known as chemiluminescence, where chemical energy is converted into radiant energy and light is produced. Here are some of the beaches in India that glow in the dark:

Talk about the untouched beauties of Karnataka and you will surely spot Mattu beach’s name. The beach is around 10 km away from the city of Udupi in the state of Karnataka. This beach is a secluded paradise and glows in the night. Experts say that the bioluminescence here is created by sea sparkle which is a free living marine organism. 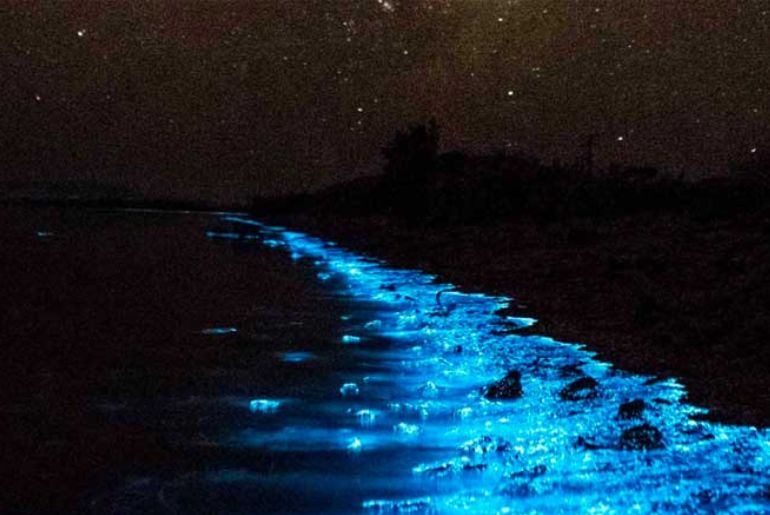 Also Read: 5 Lesser Known Beaches Of Karnataka That Will Remind You Of Bali

Bangaram is a small teardrop shaped island and is one of the clusters of Islands of Lakshadweep in the Arabian sea. The presence of phytoplankton, algae, and other aquatic organisms like jellyfish in the waters is what gives Bangaram’s beaches their nighttime blue glow. It is simply enchanting and is also one of the least explored islands. 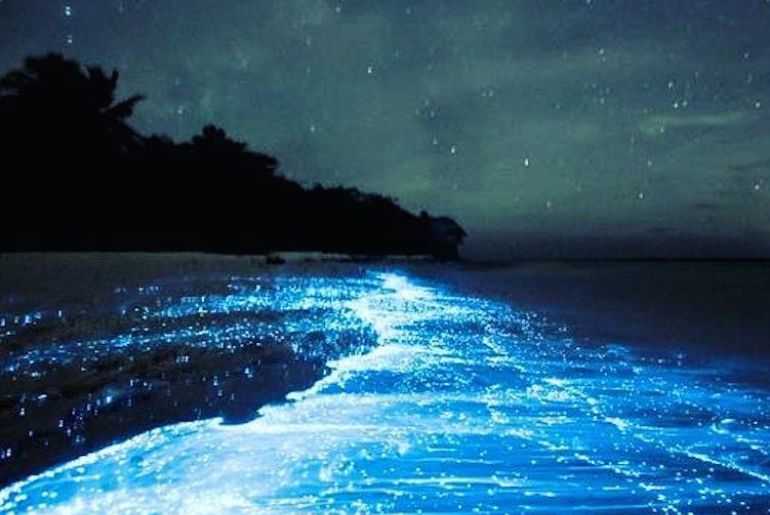 The Betalbatim beach in Goa is the most clean and serene beach in South Goa. The beach is known for its pristine white sand, stunning sunsets and also dolphin spotting. It is situated between Colva and Majorda beach and should for sure be on your list when you visit Goa. The shoreline of this beach too is illuminated at night, thanks to the algae that causes this effect. 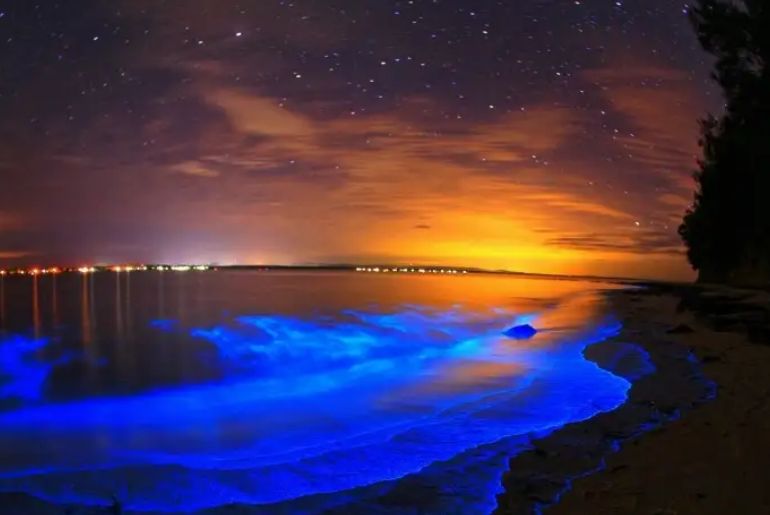 Also Read: Skip The Goa Beaches And Explore This Beautiful Yet Undiscovered Village

Thiruvanmiyur Beach is one of the most famous beaches in Chennai but it is only in 2019 the people discovered bioluminescence here.The beach was always famous for its mesmerizing sunrise views but now it is famous as one of the glow in the dark beaches of India. The beach is simple and pristine with the most lovely views. 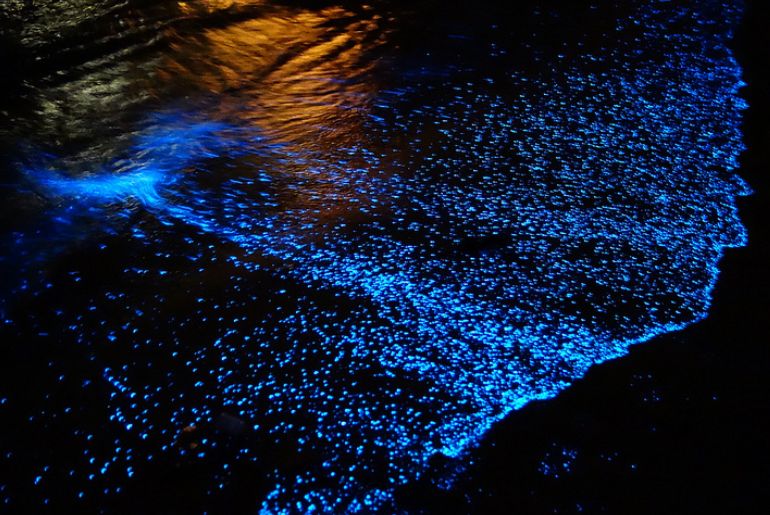 Beaches on Havelock island are blessed with the most beautiful glow. Visit the place between November and February and you will surely see it. You can either simply stroll on the beach on no moon night or go for a bioluminescent kayaking to experience the beauty. Tiny marine organism called phytoplankton is the reason behind the glow here.