5 Best Artisanal Cheese Makers You Need To Know About

Havarti, Gruyere, Brie and Chevre. We know that sounds like an incantation from a long-forgotten language but really, we are just talking about cheese. Cheese has always been a controversial talking point, with purists despising processed cheeses and the masses consuming it in huge quantities. And they can’t really be blamed, for most of us have grown up on a staple diet of paneer or cottage cheese and trusty ol’ Amul cheese cubes stuffed inside cucumber sandwiches or melted all over mum’s home-made macaroni – setting a precedent for the country’s much-loved dairy product.

It’s only recently that Indians have opened their minds and kitchens to artisanal cheeses. And we have finally developed an appreciation for soft camembert, sharp cheddar, and grasped the nuances behind making good cheese. And with fromageries and cheese-makers taking over the food scene, you don’t have to fly that extra mile to get your dose of gourmet cheese. We talked to the premier cheesemakers of the country to get the inside scoop on why artisanal cheese is superior to industrial-grade cheese, and it didn’t take much convincing for us to spruce up our refrigerators with the fixings for the perfect cheeseboard. When Chef Manu Chandra isn’t rustling something up in the kitchen, he’s busy honing the art of cheese-making in a temperature-controlled cave in Bengaluru’s Victoria Layout. His latest venture, Begum Victoria in partnership with fromagers Shruti Golccha and Pooja Reddy is producing cheeses that are mainly found in the Alpine region of Europe. Ask him about the process behind cheesemaking and he gives you an insight into how it’s more than just a single process. Right from procuring the main ingredient, milk (and they strictly use ethically sourced A2 milk) to adding enzymes that determine the ageing ability of the cheeses produced, the technique behind making the Begum Victoria cheeses is as close to rocket science as it gets. “It’s a living breathing thing because even after we sell it, it keeps maturing and that’s the beauty of an artisanal product, it’s an on-going process,” says chef Manu. And the love that goes into making each cheese becomes evident when you dip a cracker into a soft piece of Havarti, or when you bite into a hunk of the smooth Bel Paese that pairs brilliantly with the Smoked Apple Honey which make-up the elaborate cheese platter at his restaurant, Toast & Tonic. 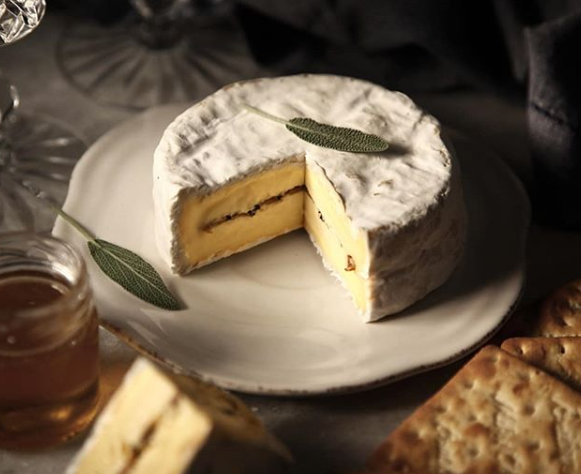 It was only by chance that the Spotted Cow fromagerie came into being. What started off as a search for the perfect cheese to pair with the beer brewed in their microbrewery, ended up with the Mehra brothers launching their own fromagerie and rewarding us with the likes of Bombrie, Rombay and Camembay, as they fondly call their cheeses. And if you find the names kind of amusing it’s probably because they have been named after cities where the fromagerie was born. The lack of standardisation during the production is what makes artisanal cheese better according to Spotted Cow’s co-founder, Prateeksh Mehra. “Artisanal cheeses are made in smaller batches and carefully aged to produce specific flavours and rinds on the cheese, which could range from semi-soft to very hard cheese varieties” says Mehra as he lets us in on what sets apart a brie made in a fromagerie from a block of cheese purchased at a local supermarket. Newer additions include a black truffle brie, and plans in the works to start making semi-hard French cheeses and pasta filata cheeses are in the works.

We recommend: Black Truffle Brie
Where can you order it: The Spotted Cow Fromagerie, Nature’s Basket, FoodHall
Contact: prateeksh.mehra@gmail.com 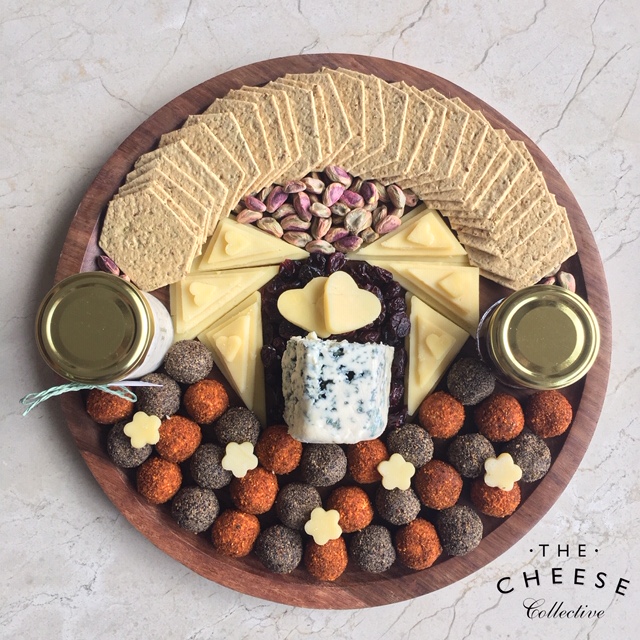 What’s the first thing that comes to your mind when you think of good, creamy cheese? For us it’s goat cheese, and when it comes laden with every possible fixing, it’s a definite win. Mansi Jasani’s The Cheese Collective which was launched in 2014 has become a craze with people who can’t do without their quota of fresh cheese. “It was at a Cheese Boot Camp back in 2011 where after 3 days and 60 cheeses, I could eat more cheese – that was the turning point where I knew I needed to make this my career.” A cheese curator and cheesemaker, The Cheese Collective’s Instagram page is filled with aesthetically assembled cheeseboards. The variety of flavoured cheeses will leave you spoilt for choice. From honey, chillies, jalapeno to herbs, she’s got them all and enthusiastically took us through the process that goes behind getting the desired consistency for producing creamy cheese.

We recommend: Goat Cheese
Where can you order it: info@thecheesecollective.in
Contact: +91 9820059926 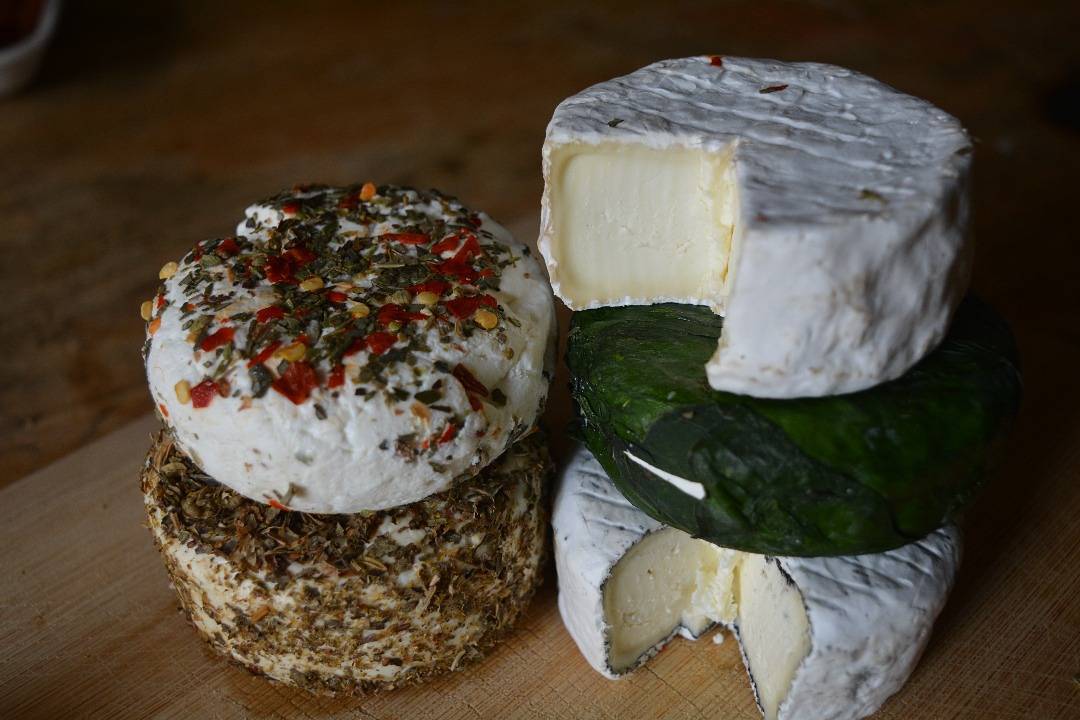 The unanimous judgement between all cheesemakers remains the same. The reason why artisanal cheeses will always have the upper hand over processed cheeses is because of the all-natural ingredients used in making them. With many people focusing on eating clean, it’s no wonder that Dhvani who runs Casa Del Cheese decided to make a leap from being a journalist to pursuing her passion for making cheese. “As a vegetarian, cheese was the only thing that got me excited,” says Dhvani. Popularly known for their buffalo milk feta, which is sold along with a brine solution to keep it soft for up to 6 months, they also make a delicious rum-soaked, leaf-wrapped walnut cheese. Her love for her craft is apparent when Dhvani speaks at length about the imported cheeses in the country which in her opinion are worse than the multitude of processed cheeses available because they don’t use milk to make their products. So, now you know where to head when you need that cheesy fix. 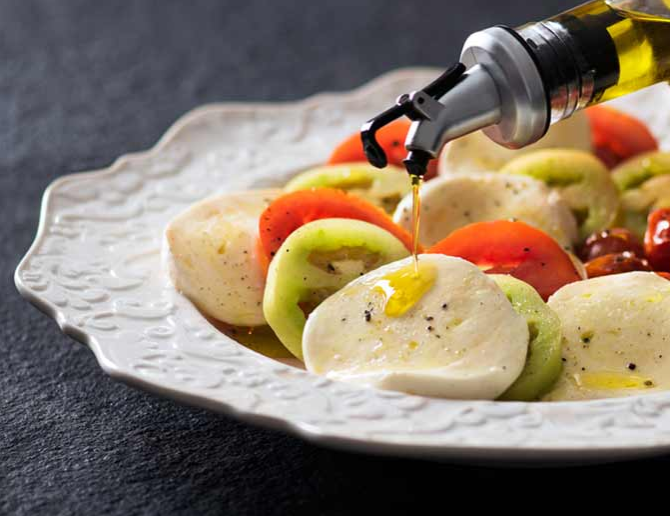 Unprocessed European cheese made right at the homestead and hand-delivered to your house is what Eleftheria is all about. Mausam Jotwani, the owner of Eleftheria believes that the key to making good cheese is sourcing superior milk which she gets from a single-herd cow dairy farm, not too far away from Mumbai. And you might just have sampled her offerings before for they feature on the menus of some of the most popular restaurants in the city. O Pedro and Oi-Kitchen and Bar are just a couple of places that serve up dishes that incorporate the fresh cheeses from Eleftheria.

Well, the verdict is clear and we say that it’s always a “gouda” time to have cheese! (You didn’t think we’d let you go without a cheesy pun, didja?)