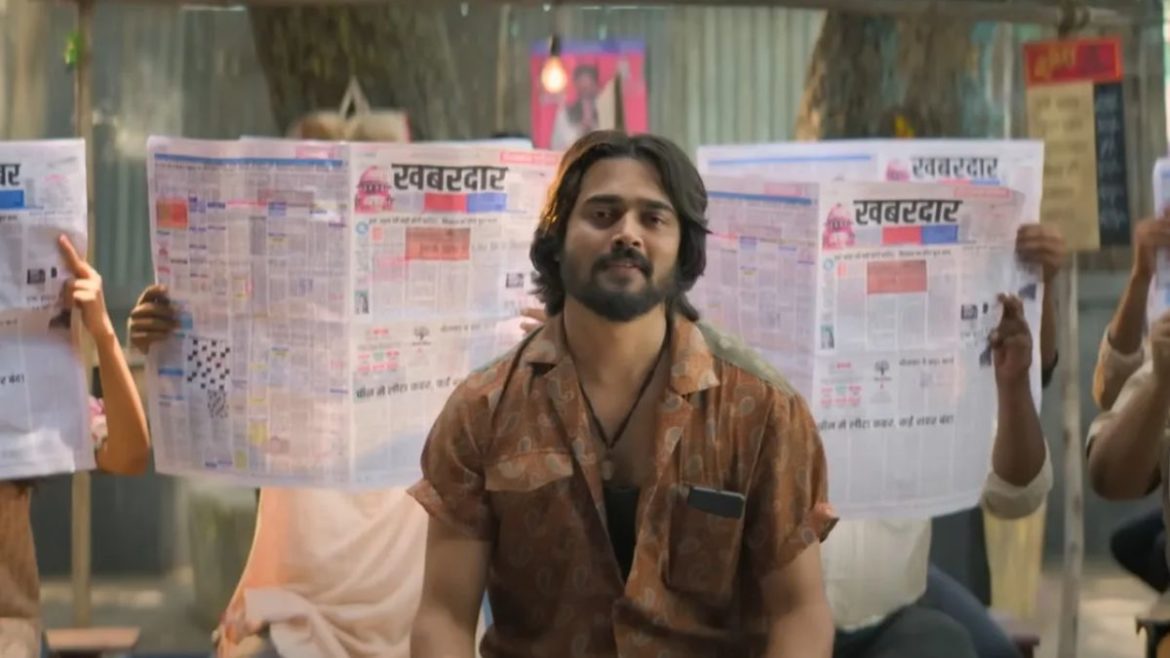 YouTuber Bhuvan Bam is known for his Youtube channel BB ki Vines and the young audience absolutely loves him. Last year in October he also released his web series Dhindora which set new records. Bhuvan is now back again but not as we always see him on YouTube but on an OTT platform. He is starring in Taaza Khabar a web series on Disney+ Hotstar. The teaser of the series just got released and we could see glimpses of Mumbai city.

Bhuvan Bam had shared the very first glimpse of his character from the series with his fans on his Instagram. Now the official teaser of the series is out and we can actually catch glimpses of the city of dreams, Mumbai. Taaza Khabar is directed by Himank Kaur and written by Hussain and Abbas Dalal and is set in Mumbai. The beautiful streets of Mumbai, little cafes, slums and the Koliwada Jetty can all be seen in the teaser. The web series is centered on the life of a sanitation worker and depicts human aspirations for a better life.

Also Read : Bhuvan Bam: I Wish To Settle In Dharamshala After 40

The character Vasant aka Vasya played by Bhuvan is very much different from the characters that he has played so far. When asked about it he said that he was very grateful that he could bag such an opportunity and explore a new side in Taaza Khabar. He also spoke about how confident he felt about the character and how he feels a connection to it. Himank Kaur, who is the director of the web series, said that the show which is based in Mumbai shows how we all think about possessing some magical power that can end hardships in no time. The series will talk about the pros and cons that might come with such powers. The show also stars Shriya Pilgaonkar.

How did you like the teaser? Let us know in the comments below. And also, which Mumbaicha spots did you manage to see?