Chasing The Northern Lights? Here Are The Best Spots In The World That Offer An Amazing View!

Snowy landscapes, starry night sky and the aurora borealis! Sounds like the picture-perfect moment from the ultimate travel journey. Doesn’t it? Northern lights, also known as aurora borealis, are among many of nature’s most beautiful phenomenons. People travel from around the world to Finland, Sweden and Iceland to witness it. However, sometimes tourist guides don’t give complete information, and what we had expected to be a grand moment, turns out to be a faint memory. But fret not! We have found the best spots for you that not only offer an amazing view of the Northern lights but you also get a chance to witness winter games, walk with reindeers and build snow sculptures!

Akureyri is a city that is located in Northern Iceland. This extremely popular destination is the epicentre of Iceland Winter Games, where not only get to participate but also witness skiing, snowboarding and dog sledding! If that’s not enough, you can take a beer bath or go horseback riding as well. Now comes the best part: the Northern Lights! Since it is located further from Reykjavik, it makes for a perfect spot to witness them. 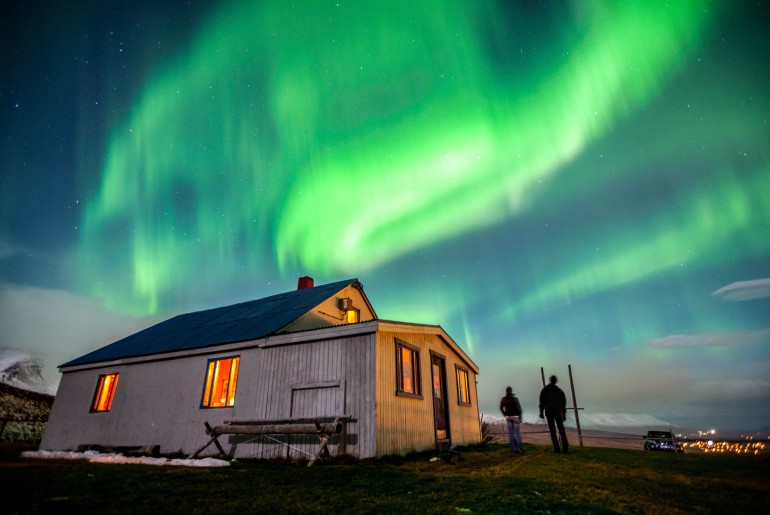 Kiruna is the northernmost town of Sweden and is located in the province Lapland. Apart from being a great spot to experience the magical Northern Lights, it also offers eco-friendly tours. As part of these, you learn about the stories, myths, nature and culture of the region; along with reindeers! Yes… you get to walk around the snow-covered forests along with these creatures. The tours usually start by 9PM and end by 11.30PM. 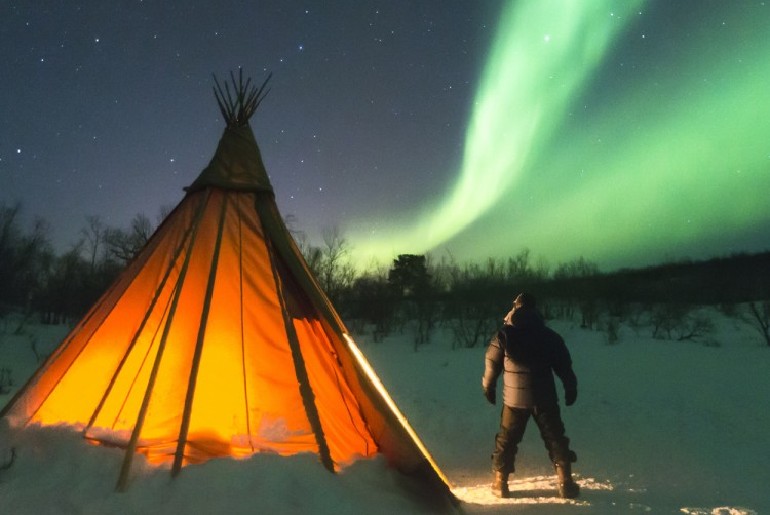 Inuvik is also known as the Arctic of Canada. It is located on the Mackenzie Delta, which is also Canada’s largest fresh water delta. Visit the Igloo church or go for boating on the Delta; if you are feeling adventurous, embark on a journey on the wold’s longest ice road which is best to be travelled on from February through mid-April. And once the skies turn dark, it is the perfect spot to catch a glimpse of the Northern Lights! 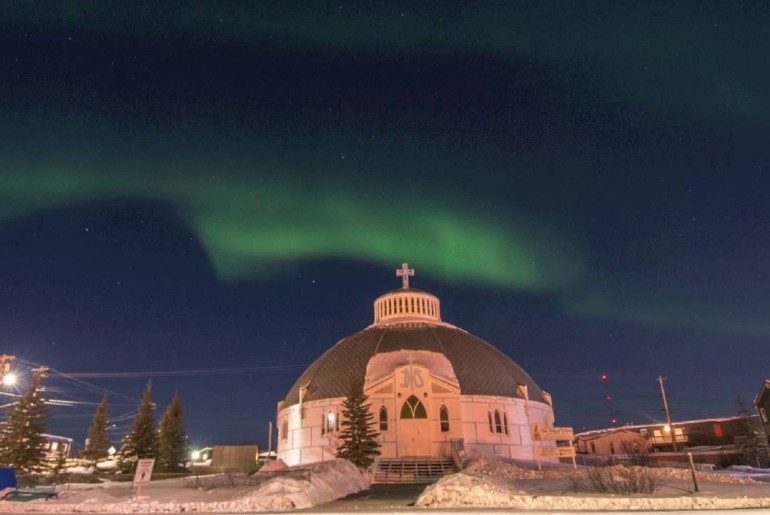 Also read: First-Ever Vodka Bar On A Glacier Is Now Open And It Will Make You Forget The Northern Lights

In the Northwestern territory of Canada, Yellowknife is the only city that exists in that region. The Aurora village which is considered to be one of the best places in the country to view the Northern Lights is located about half an hour away from here. This town will surprise you with its places to visit which include lakes, trails, falls and cultural centres too. 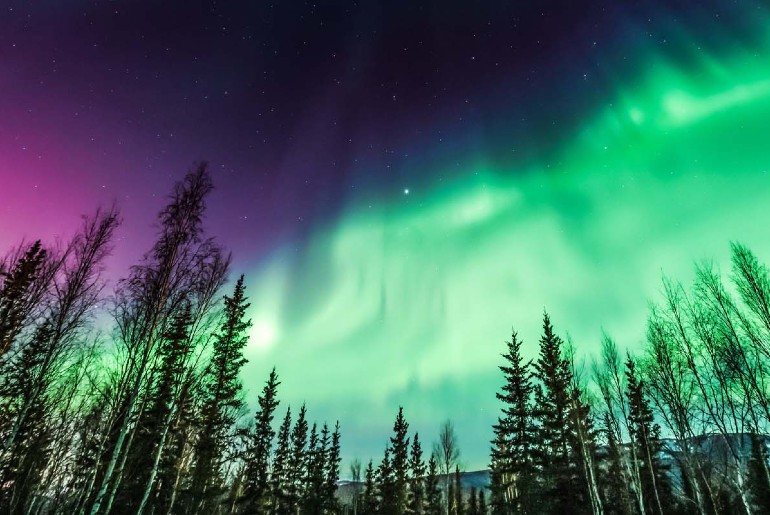 Jokkmokk is a small town that is located in the Swedish Lapland. It is popular for its winter market and the Red Bull Nordenskioldsloppet which hosts the World’s Longest Sky Run! Mountain gardens, alpine plants, traditional handicraft and reindeers; you can see it all along with the gorgeous Northern Lights, that take over the sky. 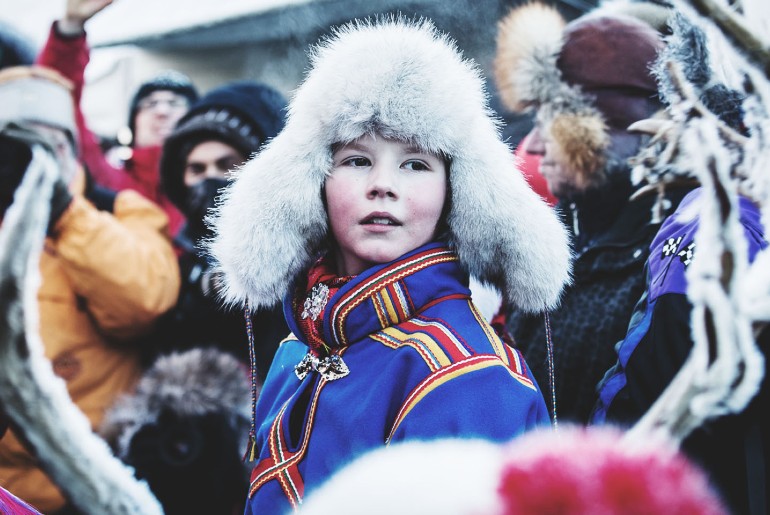 Also read: These Mobile Hotel Rooms On Sleds In Finland Help You Watch The Northern Lights

If you have been chasing the Northern Lights for the longest time, ask anyone and the one country they will ask you to visit is Finland. Rovaniemi is the ideal location to catch a glimpse of the Northern Lights. The dark winter sky and the snow-covered surroundings seem like the perfect canvas for first-timers. If you are slightly adventurous, you can opt for the floating tour that involves you being immersed in a cold Arctic lake during the aurora phenomenon, in a warm, dry flotation suit. 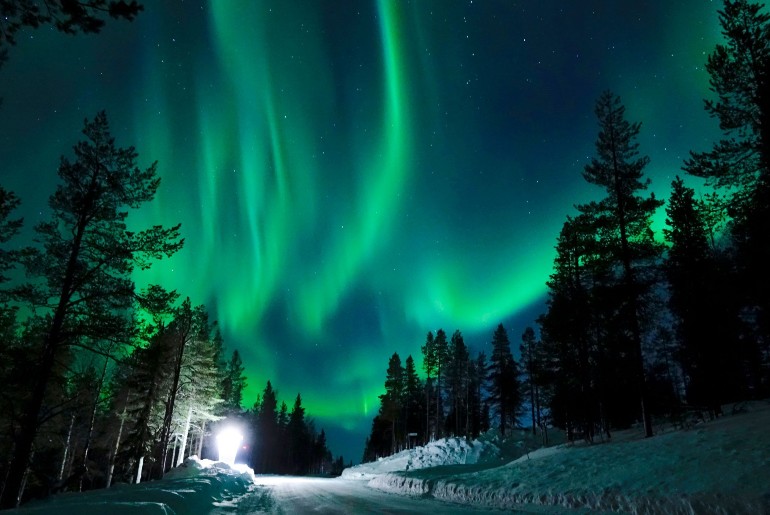 Picture Credit: The Lifestyle I Want

Before Marvel fans get excited, let us confirm, this is not named after the fictional comic book character Hela. Now, coming back to the real world, the hotels of Hella have an interesting tradition. No matter what time of the night the Northern Lights appear, guests will be called and asked to step out if they wish to see it. And if you are someone who wants the capture the moment from the first time that it appears, then witness the night skas you soak in the water in one of their geothermal hot tubs. 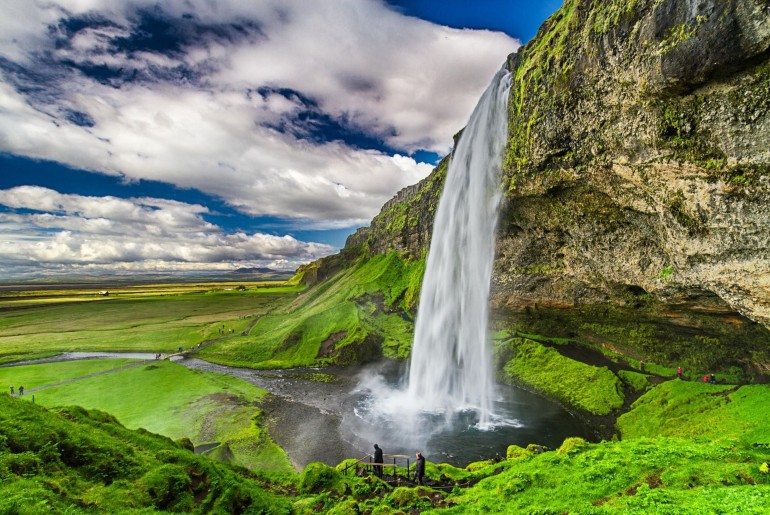 Also read: All You Need To Know About The Northern Lights

Kemi is a place that is not only meant for the Northern Lights. While witnessing the aurora borealis is definitely one of things that is there on your to-do list, apart of that, there is a lot more that you can do. Explore the snow castle that is made from frozen seawater or take a cruise abroad the Sampo icebreaker that offers a unique experience on the Gulf of Bothnia. Kemi definitely deserves a few days worth of your time. 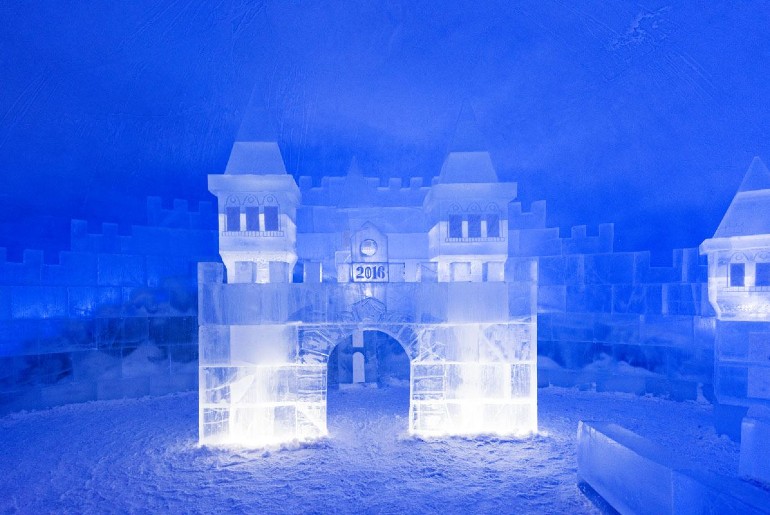