The lanes of Green Park in South Delhi just got a noteworthy addition. The city’s very first ‘fully automated’ tower parking with the capacity of parking 136 cars at a time has come up at Green Park. The 17-storeyed tower parking has four new-era towers and cars can be parked with the help of lifts. The towers have a height of 39.50 metres and they can accommodate 32 SUVs and 104 sedan cars. Power minister R K Singh and lieutenant governor Anil Baijal inaugurated the parking facility on November 25, 2020, through video conferencing. Meanwhile, Walmart has planned to convert 160 parking lots into drive-in theatres.

A 17-storeyed state-of-the-art parking facility has come up at Delhi’s Green Park to enable efficient parking of four-wheelers, consuming a space which is around 50 per cent lesser than conventional car parking. The tower parking has four towers and the cars can be parked at heights with the help of lifts. R K Singh and Anil Baijal inaugurated the fully automated facility on November 25. Earlier, on January 2, Union urban affairs minister Hardeep Puri had inaugurated one tower of the half-completed project. 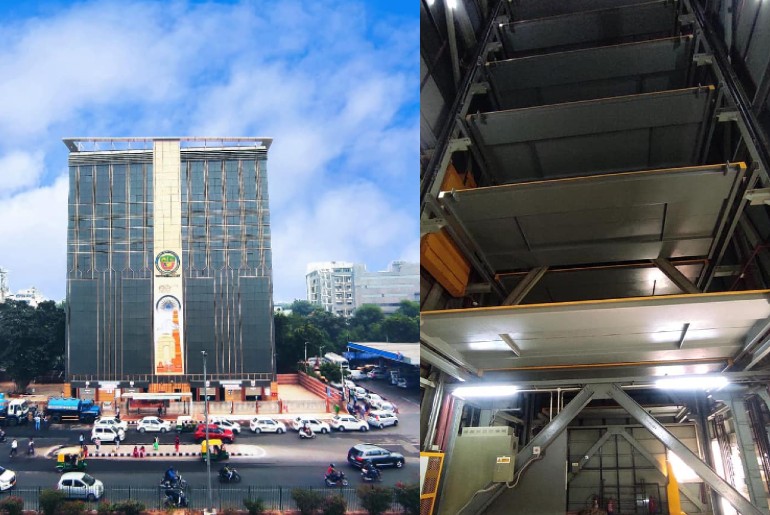 South Delhi Municipal Corporation (SDMC) has constructed this parking lot that covers an area of nearly 876 square metres. The parking facility can accommodate a total of 136 cars at a time, which includes 32 SUVs and 104 sedan cards. Reportedly, the overall cost of the project has been ₹18.20 crores. Delhi also got India’s first Private Jet Terminal with 57 parking bays handling 150 private jets a day.

The Facility Has An Automated Ticket Dispenser; Parking Charges Start At ₹20 Per Hour

The new parking facility is equipped with an automated ticket dispenser. At entry and exit points, there are boom barriers. According to a Hindustan Times report, Gyanesh Bharti, commissioner SDMC, has said, “Parking charges will be as per SDMC notified rates — ₹20 per hour, ₹100 for 24 hours, ₹1,200 for a day pass (monthly) and ₹2,000 for a day-and-night pass (monthly). The retrieval time for a vehicle from the tower parking will be just 150 seconds in comparison to the 15 minutes in conventional parking.” SDMC is also mulling over utilising the facility façade for advertisements to generate revenue. 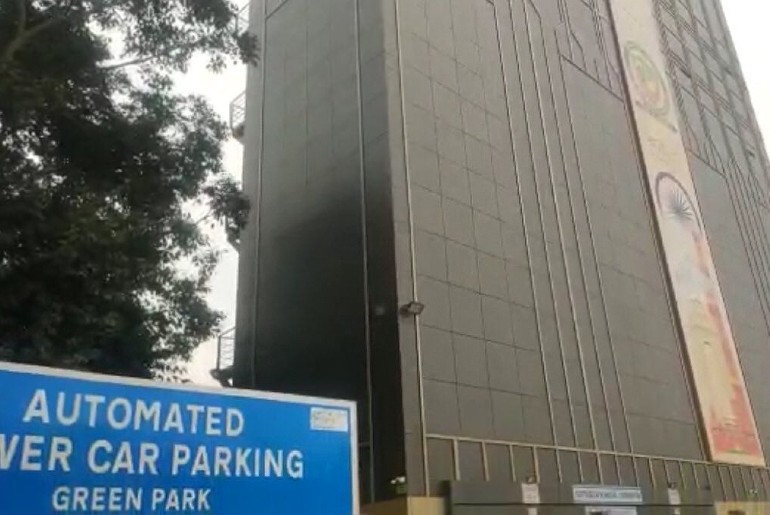 According to Baijal, these tower parking facilities can be convenient for congested areas and markets as they assist in the parking of the maximum number of cars taking the least amount of space. Meanwhile, did you know that Detroit Cafe in Delhi lets you have a meal in a royal vintage car?

Abu Dhabi To Get A Stunning Waterfront Destination...

Institute of Skiing and Mountaineering Comes Up In...