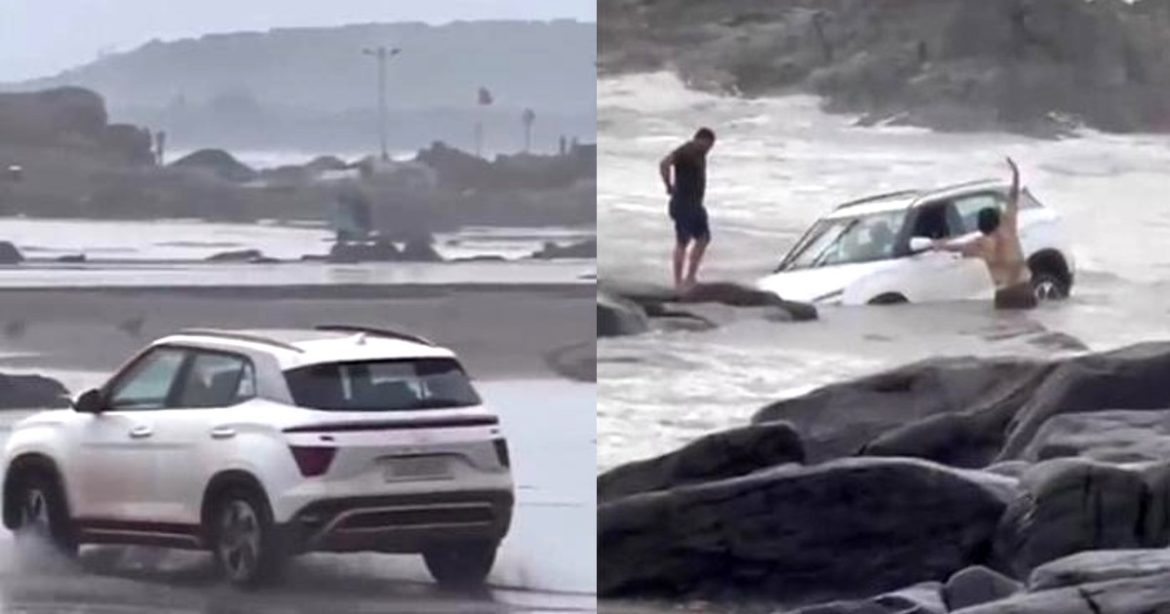 There has no been no dearth of incidents of tourists irresponsibly driving their vehicles over pristine beaches and deserts in India. Viral videos and photos have been doing rounds on the internet creating awareness on how irresponsible tourism is on the rise. In yet another such incident, a tourist from Delhi recklessly drove his car on Goa’s Anjuna beach. Read on to know more about this incident.

In yet another shocking incident displaying tourist buffoonery, a Delhi man was seen illegally driving his Hyundai Creta SUV on Goa’s Anjuna beach. A viral video showed the entire incident which occurred on June 16. In the video, the man is seen driving his SUV on the beach amid high tides and later his vehicle got jammed in the sand. He and his friend were seen trying desperately to get the car out.

Also Read: Delhi Girl Travels To Goa With Her Dog On Train, And Here’s How She Did It With Ease

#Beach|| This is what a insensitive Delhi based tourist did at Anjuna beach. pic.twitter.com/3epg6vdaPS

Also Read: Beaches In Goa To Get A Facelift To Boost Tourism In The State

Goa police arrested the Delhi tourist. And even registered a case against him. His name is Lalit Kumar Dayal hailing from Mongolpuri in Delhi. According to the Times Of India, the case was registered against the Delhi man for endangering the lives of tourists and the general public on the beach. Further investigation continues on the case. But it;s quite clear after this incident that driving vehicles on Goa beaches is strictly prohibited.