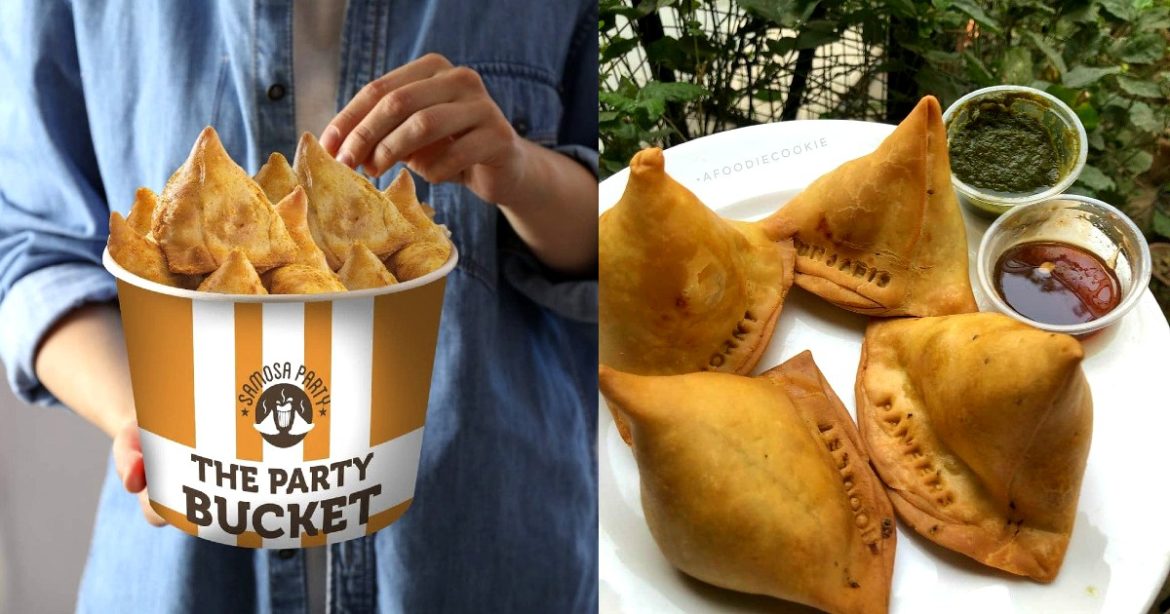 A while back, social media went berserk after coming across samosas with 4-digit serial numbers embossed on the crispy snack. This tech-savvy samosa took the internet by storm and went viral. It turned out that the serial numbers were actually identification letters that helped differentiate the variety of samosas offered by the restaurant. Foodies, at Samosa Party in Bangalore and Gurugram you can not only get samosas embossed with code but also samosa buckets. And they can give even KFC bucket a run for its money.

With words like ‘Aloo’, ‘Paneer’ engraved on the crispy samosas of Samosa Party, foodies in Bangalore and Gurgaon can be enamoured by the interesting treats. But this is not the only highlight of Samosa Party, the ‘Samosa Party Buckets’ are show stoppers. The Punjabi Aloo Samosa Party Bucket consists of 10 mini cocktail Punjabi aloo samosas spiced with peri peri masala. The Party Box with 50 mini samosas, served with chutney feeds an army. The bucket also has Veg Samosas, with wholesome veggie filling. 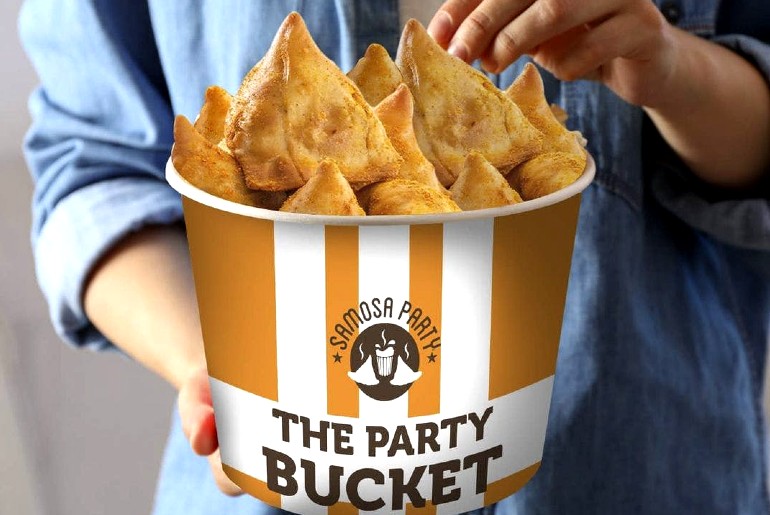 Also Read: 6 Types Of Unique Samosas That Will Shock Your Tastebuds

Forget KFC buckets folks, the good ol’ samosa buckets from Samosa Party, are total party starters. Bite into a crispy golden samosa with spicy, masala filled stuffing. Pair it with their hot cup of Ginger Chai or a mug of chilled beer, it will always taste like heaven. The samosas come in 11 different varieties. Apart from the serial-number embossed samosas, you can also try their chatpata chaats, wholesome burgers, Indori poha, bun maska chocolate and more. Loyal samosa lovers can choose from noodle, veg, paneer, chicken, egg and mutton fillings. So, the next time you’re having a house party, you know where to order from!