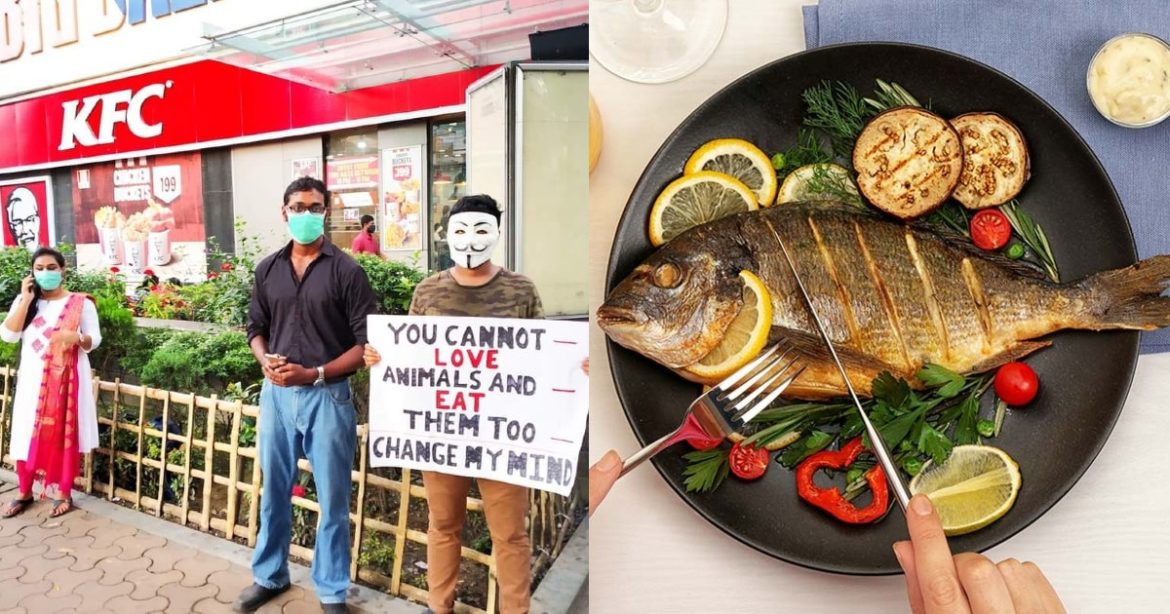 Most people think that Bengalis and fishes are inseparable. However, taking to conscious eating, many modern-day bongs are adopting the vegan diet. But did you know about this vegan activist group that has been aiming to convert Bengalis into vegetarians? The group ‘Vegans of Bengal’ considers that all animals including fishes, hens and goats have the right to live. Thus, it thinks that consumption of any kind of non-vegeterian food including chicken, mutton and fish is unethical. Recently, the members of the group also protested in front of KFC Diamond Plaza in Kolkata’s Dum Dum area. The group has planned to carry out the protests every Sunday.

Also Read: They Say Kolkata Is Flawed, But Here Are 11 Reasons Why I Still Find The City Stunning

In one of the posts, the activist group has called meat-eaters ‘animal abusers’ and added that going vegan helps in attaining knowledge. The post reads, “Animal abusers (meat-eaters) deserve to be treated badly (it’s called karma). This is the truth. Going vegan helps you attain knowledge of this supreme truth like vegan activist Badri learnt.”

All the posts made by the group go insanely viral leaving the internet divided. While most people believe that eating fish, meat, etc. is a natural cycle for non-vegetarians, many others do support the vegan way of life.

Not only has the group denounced the practice of non-veganism, but it has also condemned celebrities who were spotted eating non-vegetarian food. The list includes Sunny Leone, Sonu Sood and even Virat Kohli. They even called the meat selling brand Licious an “animal dead body selling brand” and cooking meat “a shameful act”. In a post, the team said, “Powerful message. Ditch dairy.” In another, it wrote, “Doesn’t it sound absurd to end someone’s life just for one meal?”

What are your thoughts on these statements? Let us know in the comments section below.