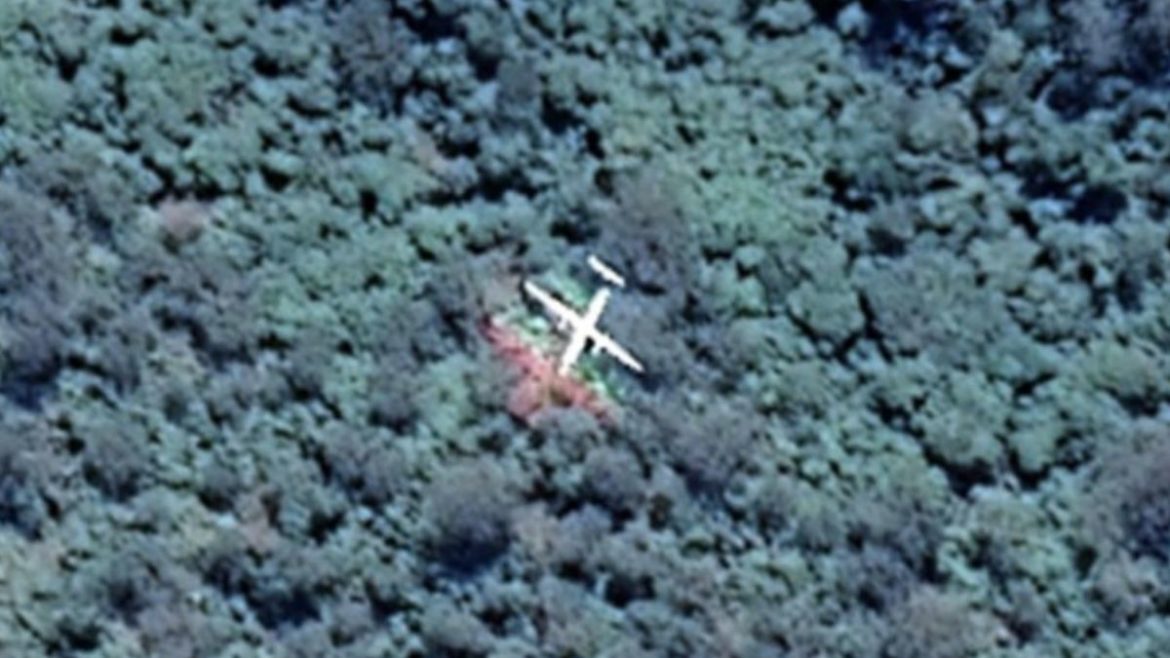 A bug in Google Maps has captured an image of what appears to be a crashed plane in the Australian rainforest. But, fortunately, a satellite mapping service showed a completely intact airliner at Cardwell Airfield in Queensland, believed to be an Airbus A320 or Boeing 737. The plane, which appeared to be a narrow twin-engine airliner, may have been flying at a very low altitude, creating the illusion that the plane was on the ground. The island was believed to be 24 km long and 5 km wide but had no land.

However, the Australian Transport Safety Bureau (ATSB) said they were not aware that any plane carrying passengers has gone missing. “There seems to be a phenomenon called ghosting, which may be the cause”, the ATSB said later.

Also read: Air India plan for one of the largest aircraft deals the world has ever seen

Later, even Google also revealed that the maps satellite image was a ghost image because it was a composite of multiple images.

Because each satellite image is a composite of multiple images, faint wreckage of fast-moving objects such as airplanes can sometimes be seen on the screen, Susan Cadrecha, a former Google spokesperson, told Minnesota newspaper Star-Tribune. The aircraft sighted in Queensland may have trapped the image in a similar way.

A similar phenomenon was reported in 2016 when a Google Maps image showed a sunken airliner on Lake Harriet in Minneapolis.  Google issued a statement at the time that the image was actually a composite of multiple images.

This isn’t the first time Google Maps has encountered a technical error. Last year, Reddit user Dansterdj spotted a suspiciously shaped object followed by a sandy path on Starbuck Island in Kiribati, a Pacific Island nation northeast of Australia. He believed the strange-looking object to be a “crashed UFO.”