William Wordsworth or Ruskin Bond, whose writings have inspired you the most during childhood? Comparing their works can be difficult, as both of them have explained mother nature in spectacular ways. While most of the poems of the British romantic poet, Wordsworth portray the landscapes of England’s Lake District, Ruskin Bond’s writings revolve around India’s Dehradun and the Himalayas. Ruskin Bond had spent more than thirty years of his life in Dehradun, the capital city of Uttarakhand. If you had been transported to the pastures of the Lake District many a time through Wordsworth’s poems, be assured that you can experience something similar and prettier within India, at Nainital. The picturesque hill station of Nainital in the Kumaon district of Uttarakhand is located around 285 kilometres from Dehradun.

The Magnificence Of Bhimtal Will Make You Forget Windermere

The ‘lake city of India’, Nainital has many ravines and lofty mountain peaks like the Nanda, Deopatha and the Ayurpatha. The seven meandering lakes of Nainital- Bhimtal, Sattal, Naukuchiatal, Khurpatal, Malwatal, Harishtal and Lokhamtal will make you forget about the Windermere and Bassenthwaite lakes in Britain’s Lake District. 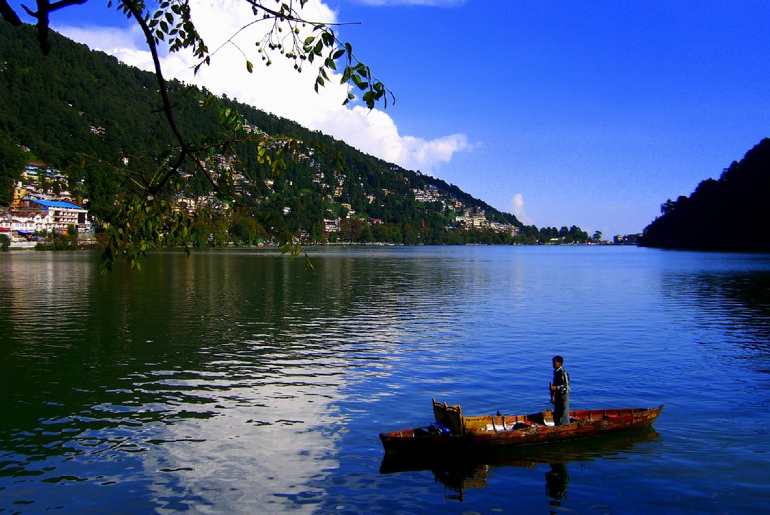 Why would you make the effort to cover around 4700 miles from India to visit Britain’s Lake District National Park when you can spot majestic Royal Bengal tigers, leopards and wild elephants at Nainital’s Jim Corbett National Park? The wildlife reserve at the Himalayan foothills boasts of rich flora and fauna. This is India’s first natural sanctuary and there is an interesting legacy behind it. Also, Brys Caves near Jim Corbett can promise you a serene weekend getaway. Other than Jim Corbett, one can also visit the Nainital Zoo and the Pangot And Kilbury Bird Sanctuary at this hill station.

Homestays And Hanging Gardens That Are Straight Out Of Fairytales

Literature buffs might desire to visit the Dove Cottage, the family home of Wordsworth in Grasmere, England. With wood-panelled walls, stone floors and coal fires, this Lakeland home is undoubtedly awe-inspiring. Another noteworthy old-English architecture on the Lake District where Wordsworth used to live is the Rydal Mount cottage, which also has a spacious garden. But nothing can match the beauty of Eco Cave Gardens, that cuts through the Himalayas in Nainital’s Sukhatal region. The garden comprises several caves, like the Tiger Cave, the Panther Cave and the Bat cave, named after the animals that can be spotted there. You will be bowled over by the magical hanging gardens and musical fountain over here. You can also enjoy a luxurious stay on the lap of the mountains at the 19th-century Ashdale Boutique Hotel, that was originally built by Captain George Rowels of British East India Company in 1860. The Historic Boat House Club On The Banks Of Nani Lake

The exclusive Boat House Club in Nainital is the most celebrated club in town. Located on the banks of Nani Lake, it offers lakeside leisure like no other. Nainital’s Boat House Club is one of the most royal properties from the yesteryear of British rule in India. Standing with much pride in Mallital, this club has elite lakeside eating and drinking options. 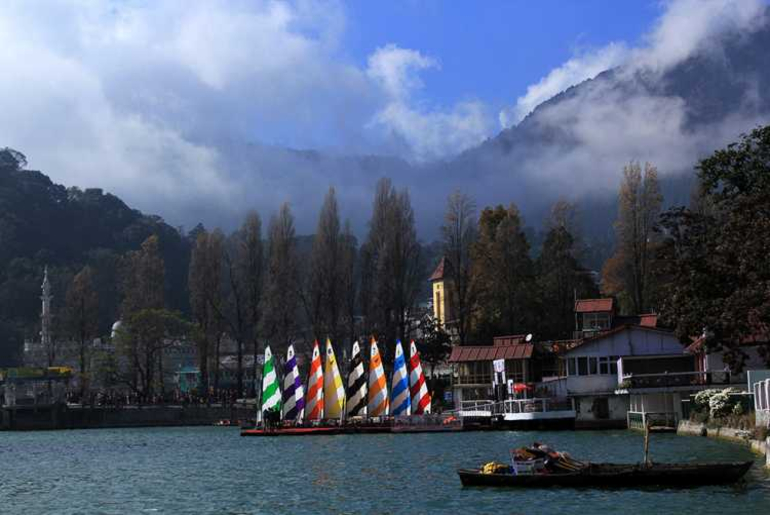 Apart from various dining area options, both indoors and outdoors – one can also indulge in game of cards, some classic whiskey tasting, a round of billiards and more at the Boat House Club. They have a heritage library too for the bookworms. The Nainital Boat House Club singularly holds the administration of yachting in Nainital. Also Read: I Took An 8 Day Solo Bike Trip From Delhi To The Edge Of Uttarakhand In Just ₹15,300

Oodles Of Adventure Activities, From Paragliding To Rock Climbing

Nainital offers a wide array of adventure activities to satiate one’s adrenaline rushes. One can enjoy paragliding at Naukuchiatal, rock climbing, water zorbing and parasailing at Bhimtal, rappelling and river crossing at Sattal lake, and riding on the ropeway and trekking at Naina peak. The Naina peak is the highest point of Nainital and it is covered by forests of deodars, cypresses and rhododendrons. Would you not choose these thrilling experiences over hiking through England’s Catbells high? 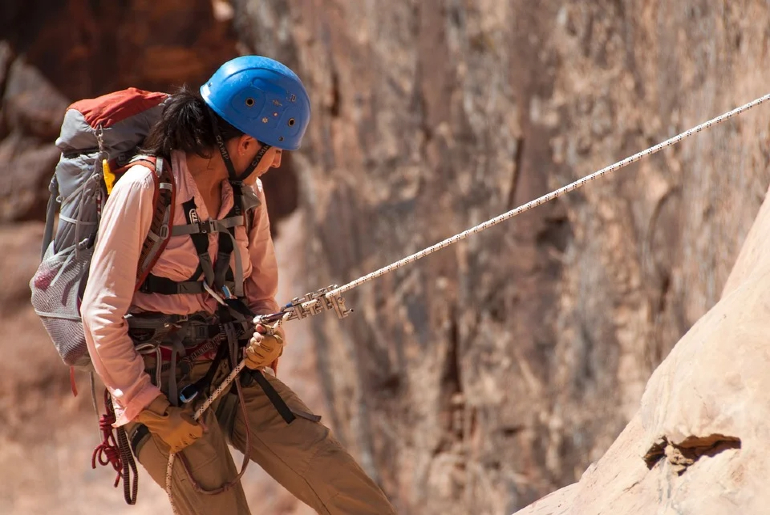 Last But Not The Least, Shopping!

While at Nainital, one cannot miss out indulging in a shopping spree at the iconic Mall Road, by the lake. The place is famous for unique candles and home decor items. One can also collect curios and souvenirs from the bustling Tibetan Market at Ayarpatta. These are only a few of the long list of attractions in the lake city of the Devbhoomi of India, Uttarakhand. No wonder it draws a large number of tourists every year from all parts of the world. That’s why we suggest that you go #VocalForLocal and visit Nainital before planning a trip to the lagoons of foreign lands. On that note, here are 10 snowy hill stations to visit in North India: