India is absolutely nuts about two things, Cricket and Bollywood. And when it comes to cricket, we love it anyway, whether you serve it to us in the form of glamourous IPL, fast-paced ODIs or interesting Test Matches.  Cricket fans, here’s something you might not have known. Did you know the world’s highest cricket stadium is located in Himachal Pradesh in India? This cricket ground is situated 2444 metres above sea level in Chail, a charming hill station in Himachal Pradesh. It’s nestled in a picturesque location surrounded by pine and gigantic deodar trees. Currently, Chail Military School uses this cricket ground as a playground for playing football, basketball and polo. But there’s an interesting history behind it. So read on to know more. Interestingly, Pune has the biggest cricket museum in the world, dedicated to every cricket fan.

History Behind The Chail Cricket Ground, Highest In The World

The Chail Cricket Ground, the highest cricket ground in the world has a royal history attached to it. The Maharaja of Patiala, Bhupinder Singh had a conflict with Lord Kitchener in 1891 during the British Raj.  This led to Lord Kitchener banning the Maharaja from entering Shimla, the summer capital then. However, the Maharaja then made Chail his summer capital and rebuilt this place as per his needs. And in 1893, Maharaja Bhupinder Singh built the Chail Cricket Ground, 2444 metres above the sea level by levelling a hilltop. Tall pine trees and huge deodar trees surround this cricket ground. 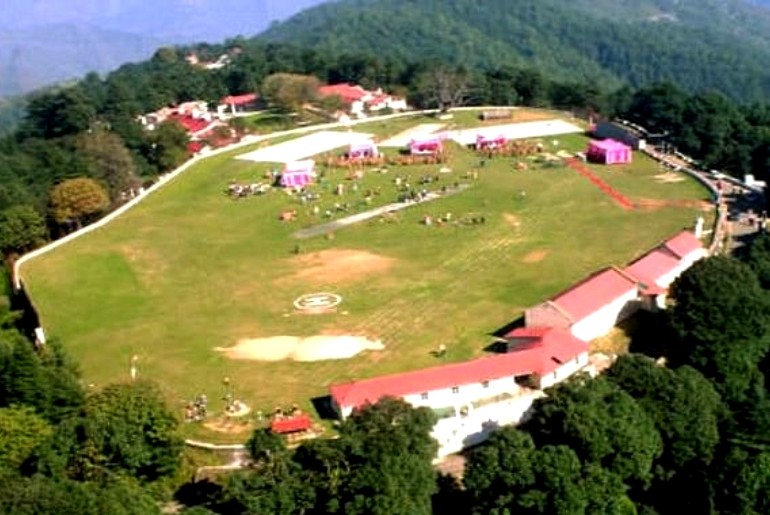 During that period, the Maharaja played cricket with the British. But today it’s under the control of the Indian Army. On the other side of the ground, picturesque Himalayan ranges stand tall amid the glittering sun. After the formation of Indian Union, the then Maharaja of Patiala donated all his buildings and this cricket ground to Chail Military School and the Government of India. Currently, Chail Military School uses this cricket ground as a school playground. During school vacations, people use this ground to play polo. The ground also has a well-maintained basketball court. Occasionally people also play football here as there are goal posts present.

The Chail Cricket Ground is not only the highest in India but in the world. But no big matches take place on this ground. It requires renovation in order to be in a condition that can host a full-blown cricket match of that standard and magnitude. Also, in order to play cricket matches prior permission from the Chail Military School is required. 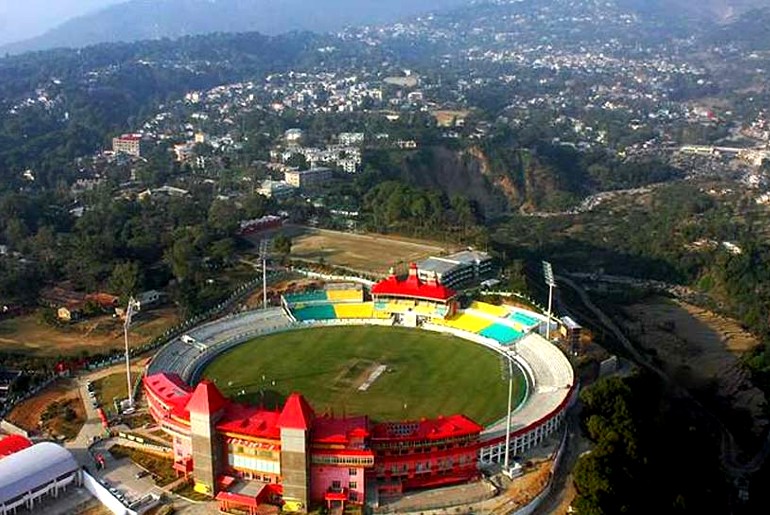 Also Read: Fans Show Their Love For The God Of Cricket At This Temple Built For Sachin Tendulkar

Test players do visit Chail for practice sessions. Another reason matches aren’t held here as there’s often an issue of balls getting lost whenever batsmen hit a six. Although there’s a fence to prevent balls from rolling down the hill there’s no way to stop balls from flying above the fence. So, cricket fans while you get awestruck by the highest cricket ground in the world, take a look at this fun interview with Indian cricket team skipper, Virat Kohli.