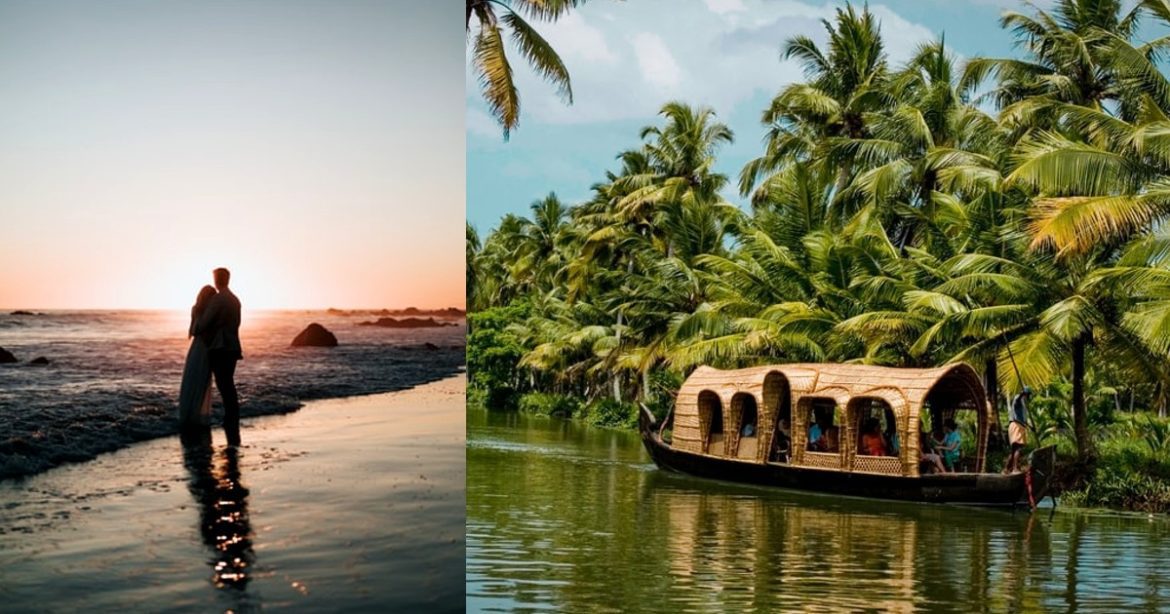 God’s Own Country, Kerala is one of the best places in India to go on a honeymoon. From cosying up with bae in a romantic houseboat, gliding through the backwaters, exploring wildlife sanctuaries, pampering yourselves with relaxing Ayurvedic massages to going on hilly treks near spice plantations, there’s something for every couple. Kerala is now promoting honeymoon tourism. The best part is that you can win a free honeymoon in Kerala with your bae. All you need to do is post a reel. Read on to know more.

According to a report by The New Indian Express, Kerala has launched a vigorous campaign to attract honeymooners across India and the world to the state. Kerala tourism has come up with a unique campaign that blends soulful romantic music with travel and tourism. Getting the popular folk/ indie band from the state, When Chai Met Toast on board, a music album has been produced. It features 8 micro love songs with each song under 1 minute of duration. The songs are available on Kerala Tourism’s Instagram and other social media handles.

Also Read: Kerala Titled The Most Welcoming Region In India, Followed By Goa And Pondicherry

The soothing, melodious micro love songs have already garnered over 1 lakh views in collective. The audio songs sung by the popular band can be listened to on multiple music platforms like Gaana, Spotify, Wynk, JioSaavn and Hungama. Now, here comes the best part. Honeymooners can win a free trip to Kerala. All you need to do is create a reel using the lyrical video of the micro-love songs released on Kerala Tourism’s social media pages. Best reels will win its maker-couples free trips to Kerala. So, are you ready for a dream honeymoon?