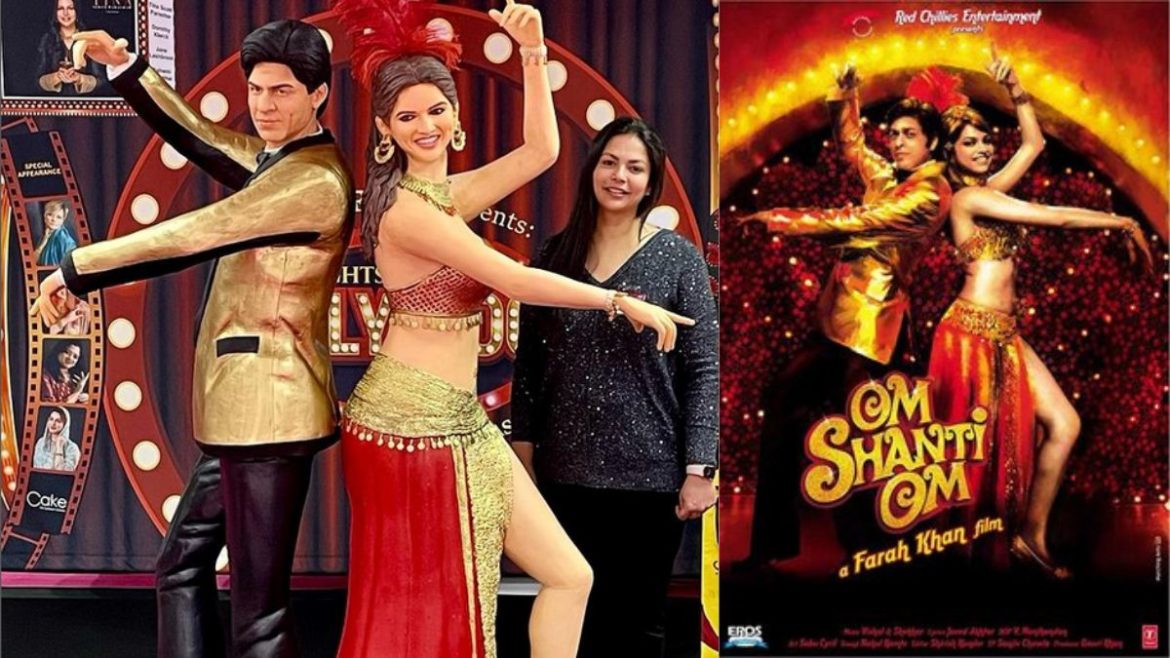 Bollywood movie Om Shanti Om has completed more than ten years from its release date. And is still one of the favourite SRK movies that fans love watching. Seeing Shah Rukh Khan and Deepika Padukone in an old-world charm was an exciting thing for all SRK fans. But here’s something unbelievable. A lifesize cake of both the lead actors from the poster of Om Shanti Om. The Indian baker, Tina Scott Parashar, made the most incredible lifesize cake of Shah Rukh Khan and Deepika Padukone in a month. Remarkable, outstanding, and fantastic are adjectives that come to mind when you take a look at the cake.

Lifesize Cake Made By Indian Baker

Tina Scott Parashar is known for the lifesize cakes she makes. Moreover, she is an editor of the Incredible India Cake Magzine. After whole three years, Tina Parashar made a cake for Cake International — the world’s largest cake competition as well as a show. This year the competition was in Birmingham in the United Kingdom. According to her, this was her second time being invited and displaying her art. Her first time at this competition was a lifesize cake of a lady wearing a red saree with her hands folded and doing Namaste. However, this year she took a new take. She picked the Om Shanti Om poster, turned it into a huge cake, as Bollywood was her theme.

Also Read: 17-YO Cake Slice From King Charles And Camilla&#8217;s Wedding Is All Set To Be Auctioned!

Everything was handmade! Right from the hair texture to the clothes and jewellery, this cake is too good to be true. In order to complete this unique project, she had to stay for a month in Birmingham itself. While talking about the cake, Tina Scott Parashar credited Dorothy Klerck and Samaneh Karimiyan for collaborating on Shah Rukh Khan’s part of the cake and her sponsors from Sugarin as well. This beautiful creation took a lot of effort by Tina. And, by looking at the cake it is clear her hard work paid off.

[Morning News]: Tina made this amazingly beautiful cake of #ShahRukhKhan and #DeepikaPadukone in one month and also get honoured at the World’s Largest Cake Competition. #OmShantiOm 😍@deepikapadukone @iamsrk pic.twitter.com/wb72gD42jg

The Twitter user @teamsrkfc shared the post and SRK fans are in disbelief. From commenting like ‘how is this a cake’ to many emoticons, fans are expressing their amazement. It sure looks so realistic that it can pass off as mere figurines and not a cake!

By the way, takers of Netflix series Is It Cake? are bound to be fancied by Tina’s lifesize, real-looking cake. What do you think? Let us know in the comment box below.