Religious places all across India got permission to reopen their doors on June 30, after the coronavirus lockdown. After the initial go-ahead approval, some shrines had opened up, which some others continued to remain closed. Now more and more temples, churches and mosques are opening up following the measures of safety and social distancing. They are adhering to the guidelines underlined by the Centre. Wearing masks has been made compulsory in all of these places. Also, many shrines are prohibiting entry of elderly people above 65 years and children below 10 years. Here is a list of some popular Indian religious places that are reopening or have reopened with social distancing measures:

East Delhi’s Swaminarayan Akshardham Temple will reopen for visitors on October 13 with strict measures of safety and social distancing. The temple remained closed for several months to combat the spread of COVID-19. Akshardham temple will permit only a limited number of people to enter the premises between 5 PM to 7 PM. Visitors entering the temple before the closing hours can, however, stay inside the temple till 8 PM. 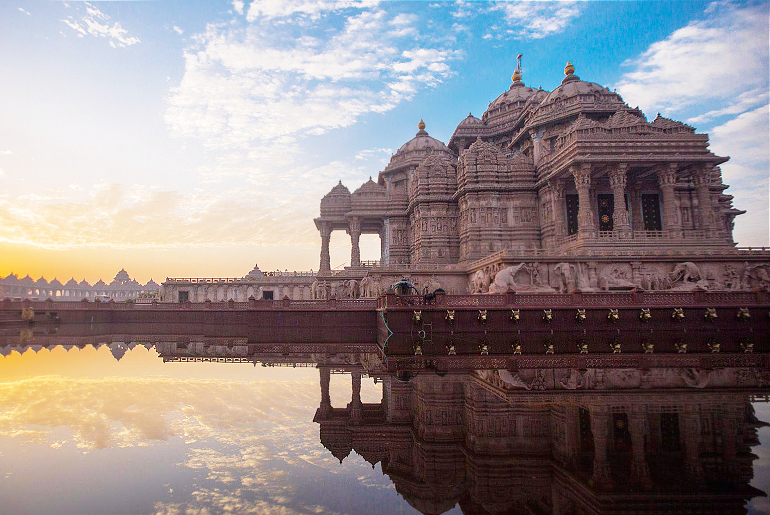 One of Bangalore’s iconic temples, Iskcon reopened its doors to devotees on October 5.  The shrine is welcoming devotees on weekdays from 9:30 AM to 12:30 PM and from 4 PM to 8 PM. On weekends the temple is remaining open from 9:30 AM to 8 PM. Iskcon reopened to visitors after 7 long months. Devotees must wear masks while entering the temple. Children below the age of 10 years, people above 65 years and pregnant women are advised not to visit the temple. Bhajans and Bhagavad Gita recital will also resume here. 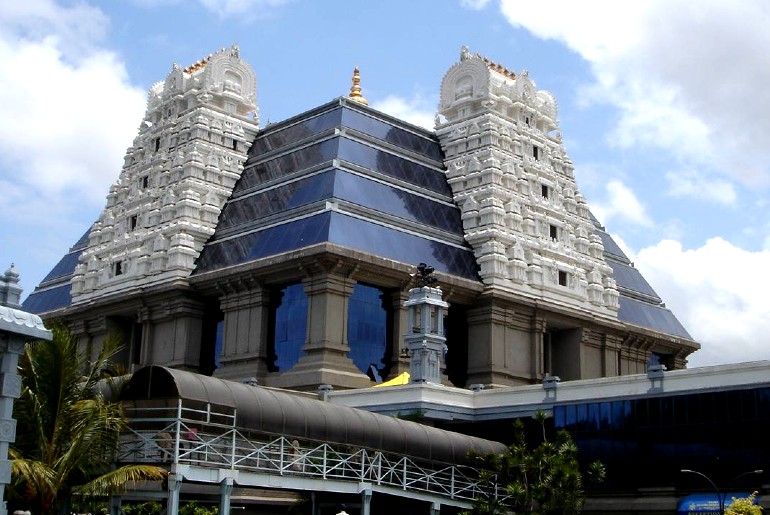 Iskcon temples in the other parts of India already reopened as part of the earlier Unlock guidelines. But the temple management in Bangalore didn’t deem it fit to reopen earlier. The temple has made several arrangements to ensure better safety of the devotees.

The cave shrine of Mata Vaishno Devi in Jammu and Kashmir’s Trikuta hills reopened for pilgrims on August 16 after staying shut for five months due to the coronavirus pandemic. The shrine board had mandated COVID-19 tests for all pilgrims from containment zones and outside Jammu and Kashmir. Only those with negative reports would have permissions to proceed towards the shrine.  In the first week, the shrine authorities allowed a maximum of 2000 pilgrims per day. For visiting Vaishno Devi, it is compulsory for every visitor to have the Aarogya Setu App on phone, apart from wearing a mask. 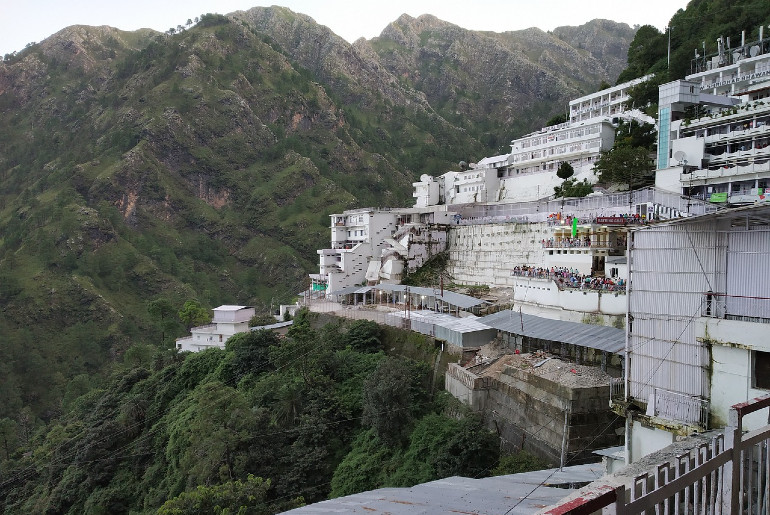 Tourists need to register online for the pilgrimage as the temple staff won’t allow crowds at the registration counter. There are circles for social distancing inside and around the temple premises. People with comorbidities, elderly people above 60 years, children below 10 years and pregnant women are advised to avoid taking the pilgrimage.

Jama Masjid in Delhi reopened to visitors on July 4. The mosque now remains open from 9 AM to 10 PM abiding by the protocols of social distancing. The mosque had initially reopened on June 11 but closed down again due to the alarming surge in coronavirus cases in Delhi. Amid the bustling streets of Chandni Chowk, stands the majestic historical architecture and one of the largest mosques in India, the Jama Masjid. It was built by the Mughal Emperor Shah Jahan between 1650 and 1656. The vast courtyard of Jama Masjid, with the sparkling pool in the centre, is an abode of immense tranquillity.

Tirupati Temple in the hilly town of Tirumala had opened doors to its pilgrims on June 11 after the coronavirus lockdown. Reportedly, the temple had received cash donations of nearly ₹6 crores in the first two weeks after reopening. And on September 5, as many as 13,486 devotees visited the shrine, raising its hundi income to ₹1.02 crores in a single day. Tirupati temple, which is one of the richest temples in the world, had faced the worst financial crisis in decades amid the coronavirus pandemic. 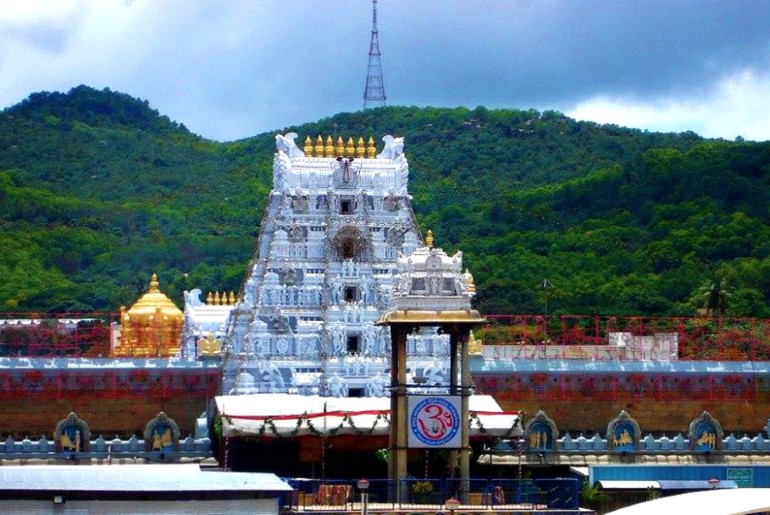 According to YV Subba Reddy, TTD Chairman, the shrine earns around ₹200 to  ₹220 crore every month through the sale of darshan tickets, prasadams, accommodation, etc. However, since the closure of the temple in March, its donation box collections have suffered a loss of  ₹150 to ₹175 crores. Reportedly, the temple was left with no money to meet its daily expenditures. It also became difficult for the authorities to pay the salaries of around 23,000 employees. After reopening, the shrine is finally recovering from the losses.

Padmanabhaswamy Temple in Kerala’s Thiruvananthapuram reopened on August 26. Devotees can enter the shrine premises from 8 AM to 11 AM and from 5 PM till evening aarti. Visitors will have to register online a day before the darshan and present a copy of the registration form, along with Aadhaar Card at the temple. The temple authority is allowing only 35 devotees inside the compound at a time, with a cap of 665 visitors per day. 7. Se Cathedral And The Basilica Of Bom Jesus, Goa

In early September, churches at the UNESCO World Heritage Site in Old Goa have reopened doors to the public. Se Cathedral is opening for visitors on September 7. The Basilica of Bom Jesus will reopen on September 13. The churches are allowing only two people per bench with a one-meter distance between them. Putting on of face masks and use of hand sanitizers are mandatory. The visitors will have to undergo thermal temperature checks at entry. Elderly people above 65 years, children below 10 years, pregnant women and people with comorbidities have been advised to refrain from visiting the churches. Dakshineshwar Kali Temple in Kolkata reopened doors on June 13 and is allowing entry of devotees only if they are wearing masks. The temple is remaining open from 7 AM to 10 AM and from 3:30 PM to 6:30 PM with a buffer time of half an hour for vacating the temple premises. The priests at the temple are wearing personal protective equipment (PPE) kits to offer pujas. By coordinating with AMRI Hospital, the temple has also arranged for doctors to treat emergency cases. According to Kushal Chowdhury, Secretary of Dakshineswar Kali Temple Trust, one doctor is present in the morning and one doctor in the evening in the temple premises. 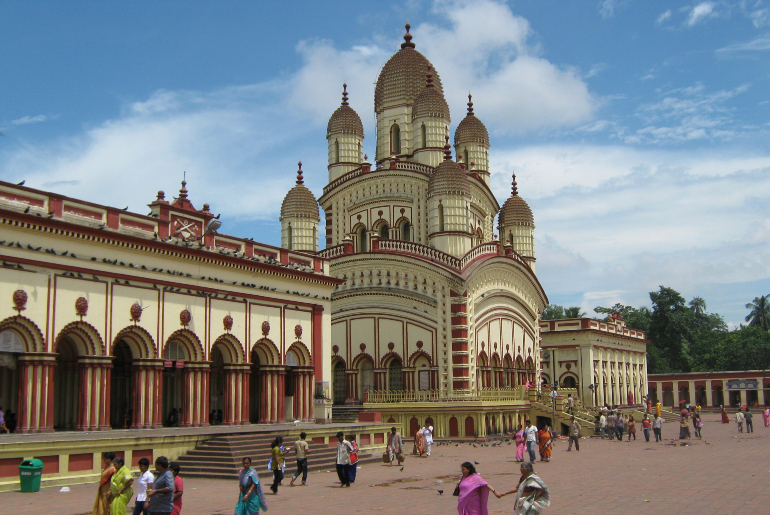 Also, the temple authorities have drawn footmarks to help devotees maintain social distancing. Each visitor will have to undergo thermal screening at entry and sanitise hands. Devotees can come in front of the idol but they need to keep 6 feet distance from where the priest will collect the puja offerings. 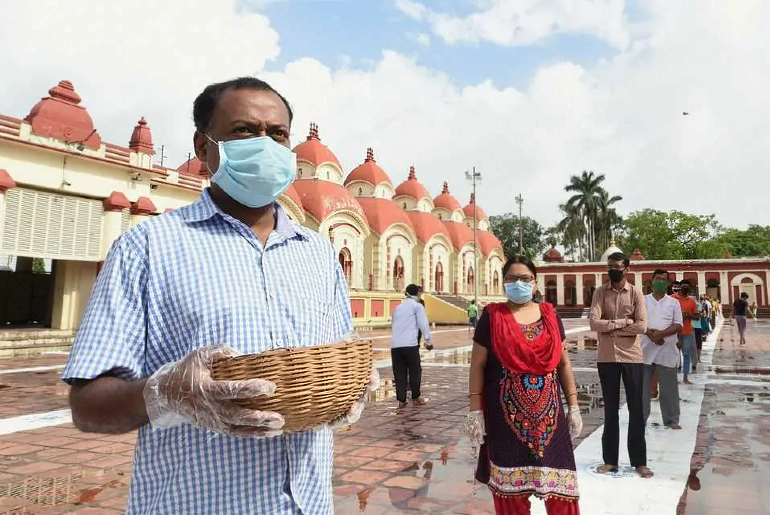 Also Read: 5 Women’s Only Temples In India Where Men Are Not Allowed

Golden temple has remained open all throughout the pandemic.  The temple had also funded the cost of the ventilators and PPE kits required in the entire state to fight the pandemic. The Shiromani Gurdwara Parbandhak Committee has distributed prasads and kept community kitchens for langer open with all measures of hygiene. It has been mandatory for people to wear masks and maintain social distancing. 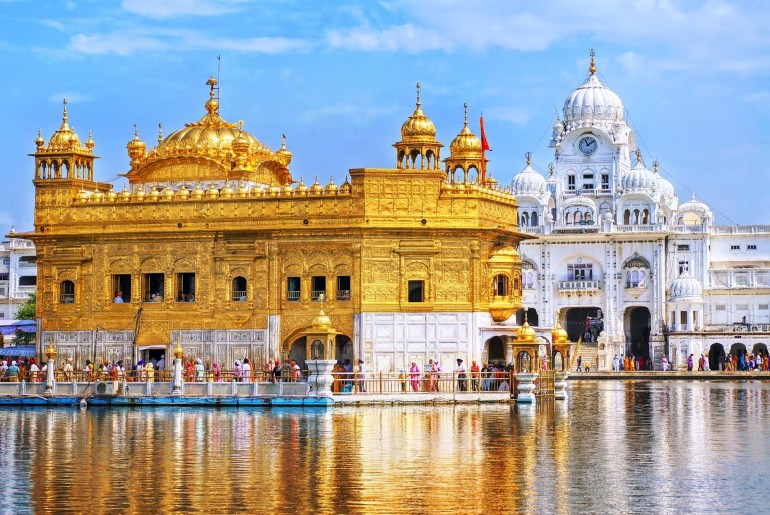 The four holy shrines of Uttarakhand’s Char Dham-Yamunotri, Gangotri, Badrinath and Kedarnath had initially opened doors only to the local pilgrims. The Devasthanam Board has raised the daily limit on the number of devotees in the shrine. The number of pilgrims allowed are 3,000 in Kedarnath and Badrinath, 700 at Yamunotri and 900 at Gangotri. Visitors need to register on the board’s website ahead of darshan. They also need to wear face masks, use hand sanitizers and maintain social distancing. The temple is not distributing prasads now. Temple authorities have advised not to bring elderly people above 65 years and kids below 10 years to the shrines. Pilgrims can stay for only one time in the respective temple towns. 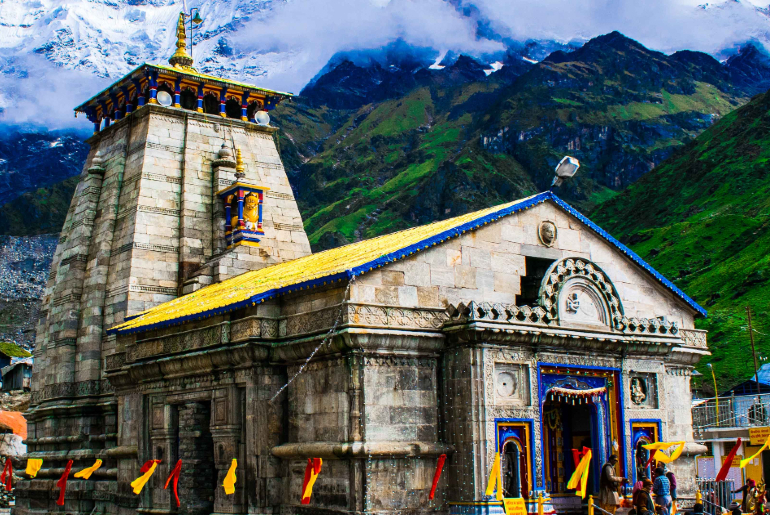 The Sikh shrine on the lap of Uttarakhand Himalayas, Shri Hemkund Sahib has reopened on September 4 and is allowing entry only of asymptomatic passengers. Also, the temple is prohibiting entry of elderly people above 60 years, children below 10 years, pregnant women and people with co-morbidities. 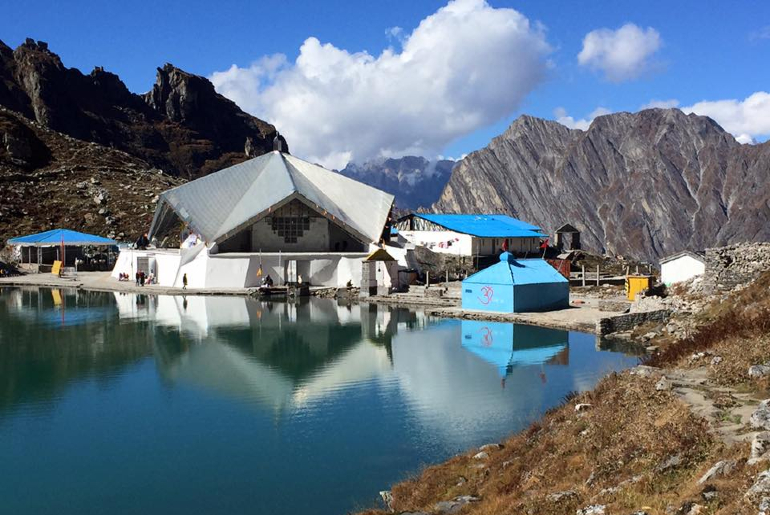 Other holy places in India that have opened up now include Uttarakhand’s Lokpal Laxman Temple, Srinagar’s Jama Masjid, Mumbai’s Jain Temples and many more. Also, here is a list of some unusual temples in India you probably didn’t know about: