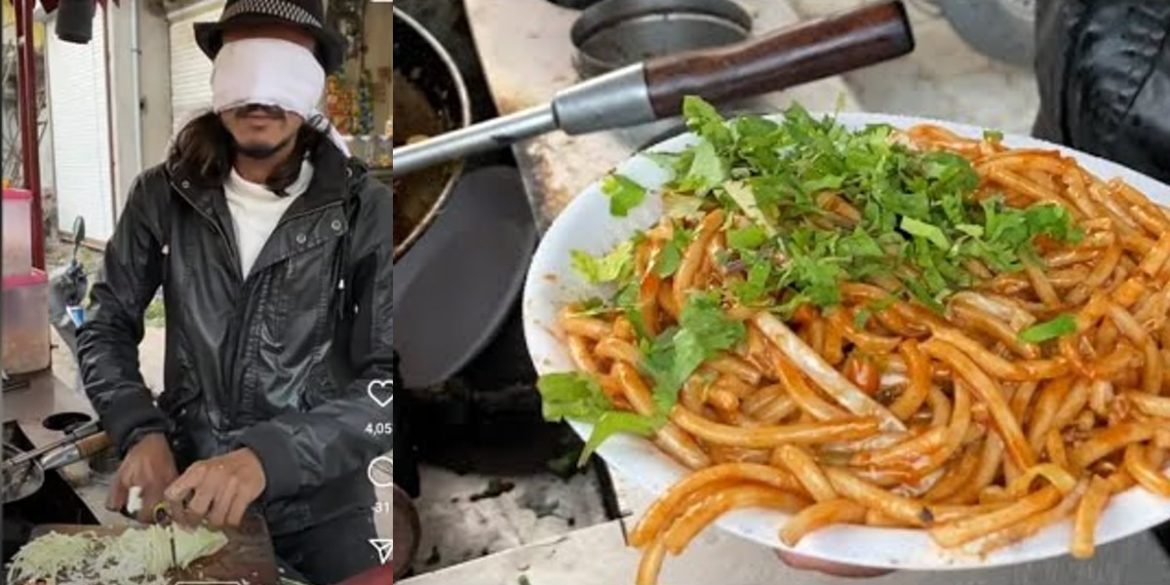 Street food vendors in India are as captivating as the food they serve. From a kulfi-falooda seller in Indore donning half a kilo of jewellery to a vendor in Jaipur dipping his hand in hot oil to fry chicken, they can certainly create headlines. To add to this list of amusing street food vendors is a blindfolded chef from Indore who cooks noodles in his own unique style. Well, India has certainly got talent! Read on to watch the viral video and see for yourself.

A video shared on @nagpur_buzz on Instagram shows an Indore street food vendor from Sai Krupa Chinese Centre cooking noodles blindfolded. The man known as ‘Indori Jack Sparrow’ can be seen covering his eyes with a thick white cloth as he first masterfully chops cabbage into thin slices, in a fast-paced manner. Next, he takes a handful of noodles and tosses it into the wok. The blindfolded chef next adds an assortment of spicy, tangy, flavourful sauces and tosses the noodles in the wok. In a span of just 42 seconds, he cooks a hot plate of noodles from scratch, while blindfolded.

Sai Krupa Chinese Centre has garnered a lot of attention on social media for its famous blindfolded chef who cooks noodles in a blink of an eye. The video went viral, flooded with comments, praising the chef. One netizen commented that he doesn’t;t seem to need eyes and should probably donate them. Another one was worried that he might cook insects with the food. Well, the chef called Love Gupta is an expert who has uploaded many blindfolded cooking videos, dressed smartly in a black jacket, hat and long Jack Sparrow like hair. He’s also fondly called “Michael Jackson Chinese Wala”. Meanwhile, watch this Sunday Brunch interview with India’s favourite Chef Sanjeev Kapoor.