Robots, the awesome tech that seems like magic, colour laser beams and the pew pew sound! Who can deny the craze and love for giant mecha beings? Well, we certainly don’t and we have ‘big’ news that will certainly overload the geek-o-meter in you! Giant Gundam Yokohama, the world’s tallest robot to date, is near completion in Japan. Yes, you heard us right! This robot is inspired by the fictional Japanese robot of the same name, which appeared in over 50 TV series and movies since 1979, as well as many manga comics and video games. This 60-feet robot weighing 25 tonnes underwent its first test ride, and we can’t keep calm! The world’s tallest robot will be a top attraction of the Gundam Factory Yokohoma amusement theme park in Japan once its complete.

The world’s largest robot—a giant Gundam that towers 60-feet above Japan’s Port of Yokohama—has been under construction since January. Now, the beastly bot is finally able to stretch its legs. This iteration of Gundam is that of the RX-78-2, a manned robot first seen in 1979 anime series Mobile Suit Gundam. Yoshiyuki Tomino, the creator of the series and therefore the “Father of Gundam,” is the general director for this enormous Gundam project. Japan also has a fascinating Cup Noodles Museum to keep you hooked to the country.

This Gundam features a staggering 24 degrees of freedom. meaning the robot can move its legs, bend its knees, turn its head, and contort its fingers to mime hand signals. People in Japan have caught and shared a couple of glimpses of the engineering marvel. Considering the Gundam weighs about 25 tons, it’s pretty insane to observe it raise both arms in the air and pick itself after kneeling. The video of the robot’s test ride is taking the internet by storm. Watching the 60-feet robot, as tall as a building, bend its knees, is just marvellous. 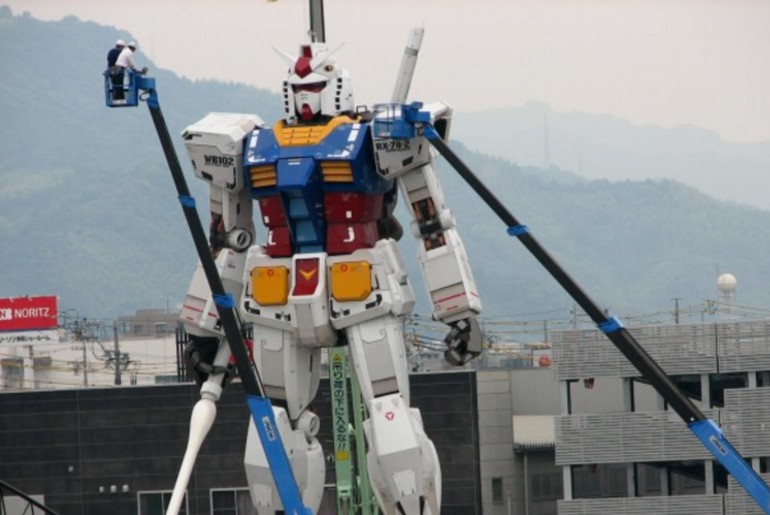 These efficiencies are because of precise engineering and work, as outlined during a series of YouTube videos from Gundam Factory Yokohama. In one instalment, the engineers provide a tour of where they designed, built, and assembled the Gundam. The videos are a treat as they have really contextualized the dimensions of this monster; from the metal fingertip to where the wrist will connect, for instance, the hand is about 6.5 feet wide. 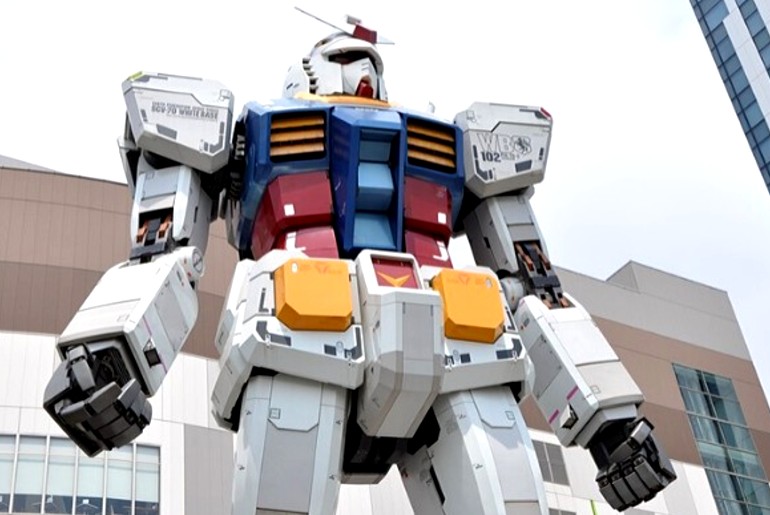 Also Read: Stay In A Romantic Cabin In Japan With Private Mountain Views For $750 Per Night With Your BAE

Now in testing mode, the robot is walking, kneeling, making hand gestures, and more. Originally, the Gundam experience was alleged to debut on October 1, but the creators have since pushed back the opening date thanks to COVID-19. But we’re excited to witness the test ride of this gigantic 60-feet robot. And we can’t wait to visit the Gundam Factory Yokohoma amusement theme park. So, we can witness this creation for ourselves. Meanwhile, watch this video to know how robots are helping India in the fight against COVID-19.