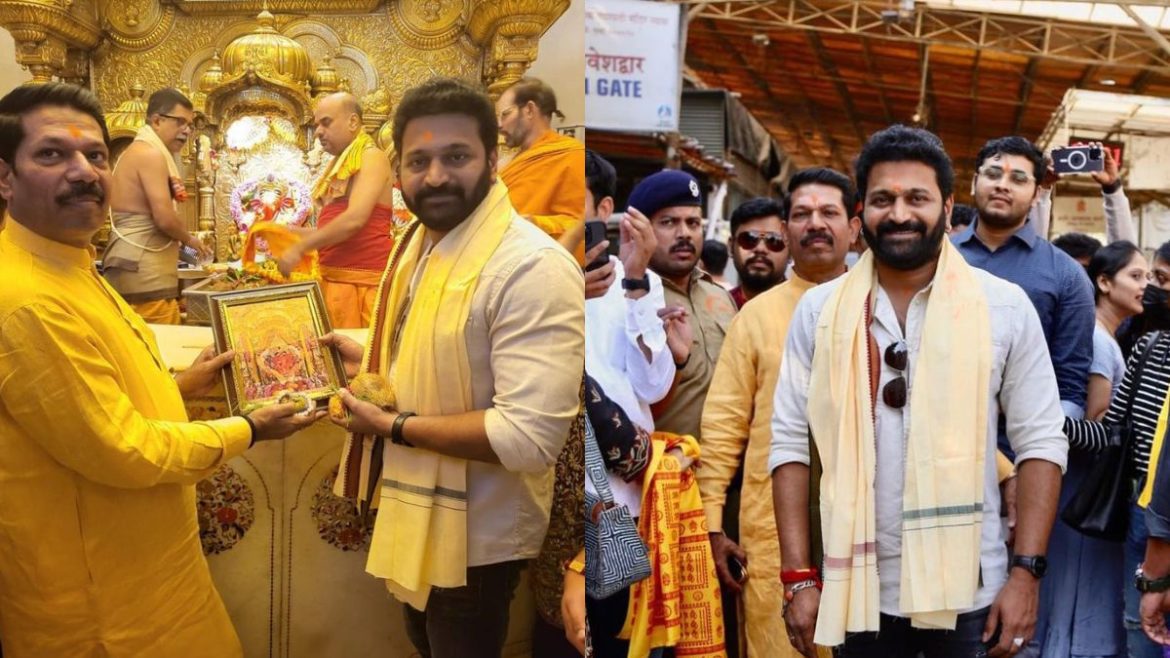 The Kannada film Kantara is breaking all records. Recently, the film became the second-highest-grossing Kannada film after beating the very popular KGF 1. The action thriller received critical acclaim from both audiences and critics, becoming one of the year’s highest-grossing films. The incredible directors, producer, cast, and crew together have worked wonders to make Kantara a commercial success. And, here’s how the actor-director Rishab Shetty celebrated the success of Kantara.

Siddhivinayak is one of the most popular temples in India. Devotees flock to this temple every year to seek the blessings of Lord Ganesha. Siddhivinayak Temple is located in the urban area of ​​Mumbai and is easily accessible.

Rajnikanth, the superstar of South industry gifted Rishab a gold chain after the massive success of Kantara. He was delighted after receiving this gift from his idol. Rishab shared pictures of the same by captioning it as “Praising us once is equal to praising us 100 times. Thank you very much. Mr Rajinikanth, for watching our film Kantara.”

Rishab’s Kantara became the third Kannada film to garner over ₹ 250 crore at the worldwide box office. Its Hindi version is currently in stiff competition at the box office with films like Thank God, Ram Setu, and Black Adam.