Milind Soman Enjoys Dinner Date…
Jason Derulo Is Performing In…
Stay On A Cliff In…
IRCTC Has Launched A 6-Day,… 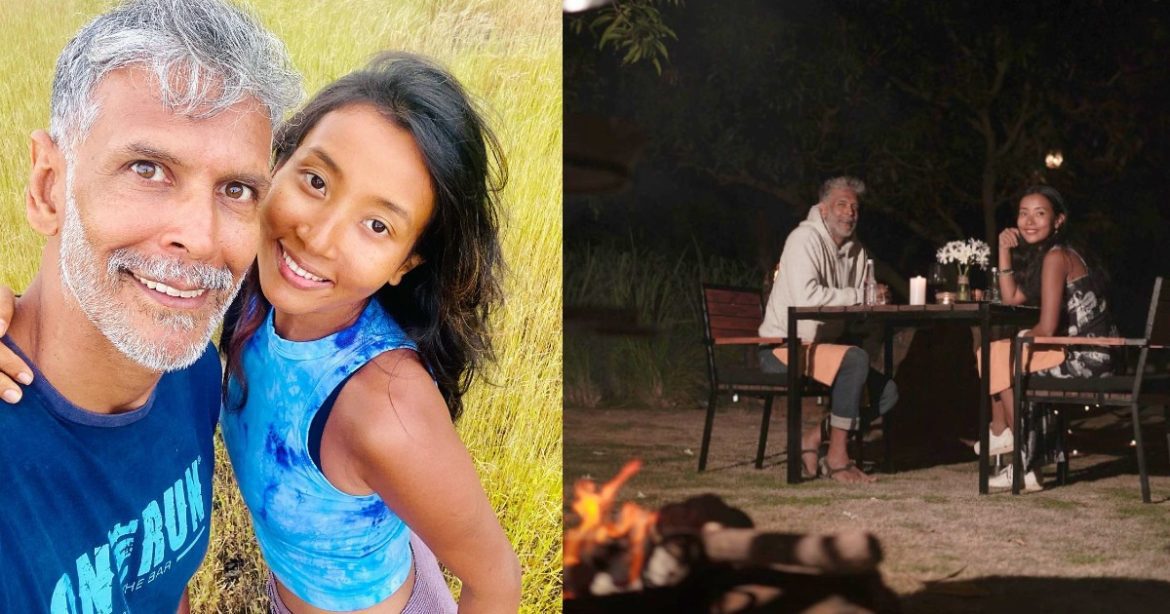 Milind Soman has always given us major fitness goals with his stunning workout videos. And now he and his wife Ankita are giving couple goals too. Milind recently embarked on a jungle safari in Gujarat’s Gir National Park with Ankita where he caught glimpses of majestic Asiatic lions and beautiful birds. Sharing a video from the safari, Milind wrote, “The lions in Gir !! The home of the Asiatic lion and a host of other wildlife, Sasan Gir Forest is one of the biggest dry deciduous forests. An escorted Safari in an open gypsy with Head Naturalist Zeeshan from @woodsatsasan takes you deep into Lion territory!! Game into the wild.”

Milind-Ankita Enjoy Dinner Date In The Heart Of Gir Forest 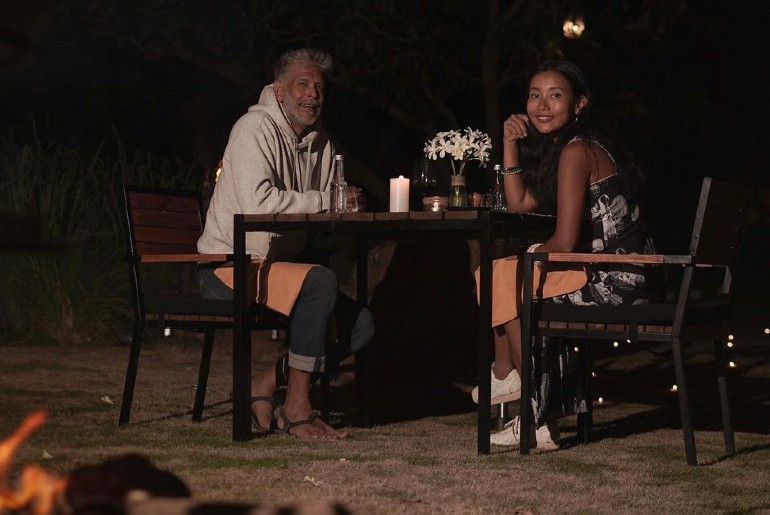 Sharing a carousel post, Ankita wrote, “What an adventurous day with @woodsatsasan! Celebrated the launch of their ‘Game Pathway’ which is a part of their Sustainable Conservation Initiative. Where they offer 5% of the profits from this pathway to ‘Forest & Wildlife’ conservation. With the conservation efforts of the forest department, the count of Asiatic lions is now 674 which was once on the verge of extinction.”

A few days back, Milind Soman had shared a video where he was seen parasailing above Gujarat’s Shivrajpur beach at a height of around 200 feet. Milind has been holidaying in Gujarat with his wife Ankita and both of them have shared beautiful pictures and videos from the location. He also wished his fans on World Tourism Day with the spectacular beach of Gujarat in the backdrop.

The Shivrajpur beach is one of the Blue Flag-certified beaches in India. The certification is awarded to the cleanest beaches in the world. India has a total of ten Blue Flag-certified beaches. The Kovalam beach in Chennai and Eden beach in Puducherry were the recent additions to the list. Sharing the parasailing video, Milind wrote, “200ft above the pristine Shivrajpur beach, its another world! My first time parasailing, dont know how I missed doing it all these years, but its fantastic fun, doing it again soon… I thought I would be too nervous to shoot, hope it doesn’t show and you like the shots.”

In another video, we see Ankita walking on the soft sands at the beach. Captioning the post, she wrote, “India only has a few blue flagged beaches and it is one of them! So happy to be in the land of Shri Krishna, Shivrajpur, Dwarka, Gujarat.” Meanwhile, here are some other blue flagged beaches in India that deserve to be on your bucket list.

Also Read: I Lived Like The Maharajas In This Palace In Gujarat With Exquisite Suites, Royal Meals & More!

Posing romantically with wife Ankita on a Gujarat beach, Milind wrote, “Happy world tourism day people !!! I know a lot of us have been missing travel through the pandemic, but it’s becoming possible now… we just need to be careful and follow prescribed protocols! @ankita_earthy and I have been travelling to so many places and this week we are exploring some parts of the beautiful state of Gujarat with @gujarattourism.

Also Read: This Palace In Gujarat Is 4 Times Bigger Than UK&#8217;s Buckingham Palace With A Zoo & A Golf Course

On that note, here is a list of some offbeat white sand beaches of Gujarat.