Just when we thought 2020, can’t get any worse Indonesia’s Mount Sinabung volcano erupted on July 10. The rumbling volcano on the Sumatra island erupted and sent ash clouds as high as 5000m into the sky. Fortunately, there aren’t any fatalities or injuries from the volcanic eruption according to Indonesia’s Volcanology and Geological Hazard Mitigation Center. Villagers are advised to stay 5km away from the crater’s mouth. In just 5 months of 2020, around 10 natural disasters took place. Read on to know more about this volcanic eruption in Indonesia.

Indonesia’s Mount Sinbung erupted firing ash and other volcanic materials as high as 5000m into the sky. It’s the second eruption since August 8. A resident, Rachrur Rozi Pasi told Reuters”The sound was like thunder, it lasted for less than 30 seconds.” Around 30,000 people were forced to leave their homes around the mountains since the past few years. Armen Putra, an official at the Mount Sinabung observation post stated that a thick layer of ash covered several villages up to 20 km from the crater. India also has South Asia’s only active volcano. 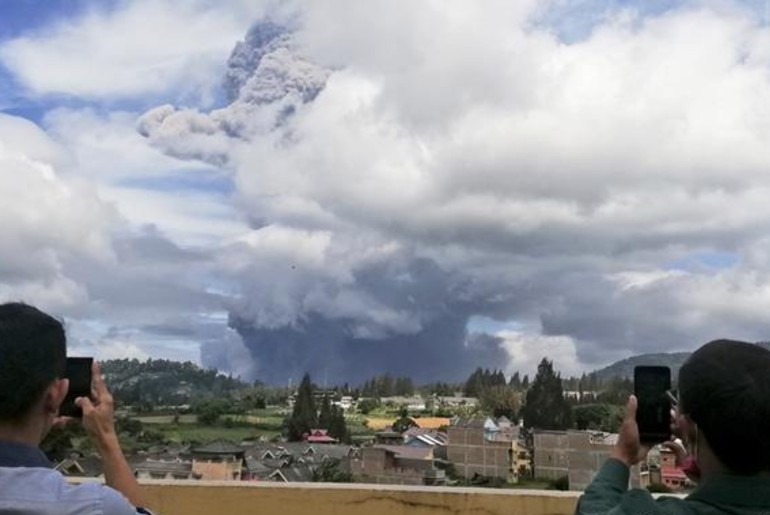 Also Read: Head To Uluwatu In Bali For A Relaxing Experience

Mount Sinabung Is One Among 120 Active Volcanoes In Indonesia

This volcano currently erupting remained dormant for four centuries, before exploding in 2010. It killed two people then. Another eruption took place in 2014, killing 16 people. And seven people died in one more eruption in 2016. Mount Sinabung is among more than 120 active volcanoes in Indonesia. It’s prone to seismic upheaval due to its location on the Pacific “Ring of Fire.” This is an arc of volcanoes and fault lines encircling the Pacific Basin. 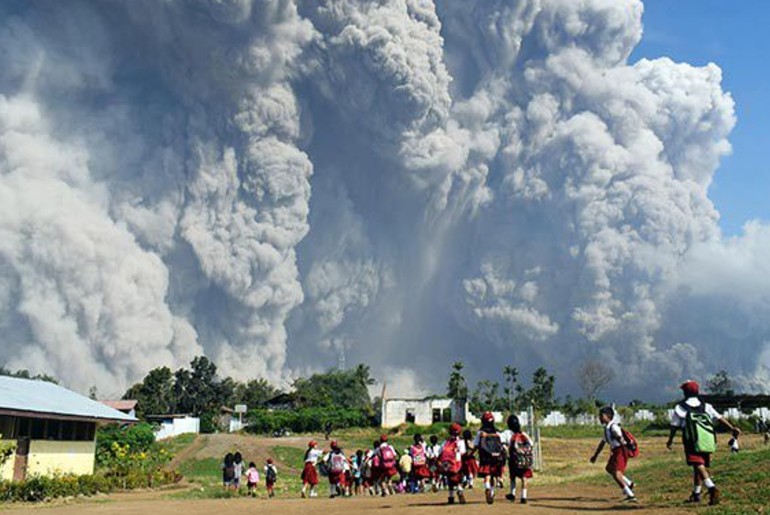 When it comes to the current eruption of the Mount Sinabung volcano, officials said people in the area must cover their face. This is to protect themselves against the ash fallout and stay careful of potential lava flows. Gilbert Sembiring was visiting a friend near the volcano when it erupted. He stated to media houses “The situation around Mount Sinabung is very dark now. It was bigger than the eruption a couple of days ago.” Well, we hope that residents around the volcano continue to remain safe and 2020 will hopefully sail through smoother. Meanwhile, go on a virtual tour of Ladakh with Curly Tales.