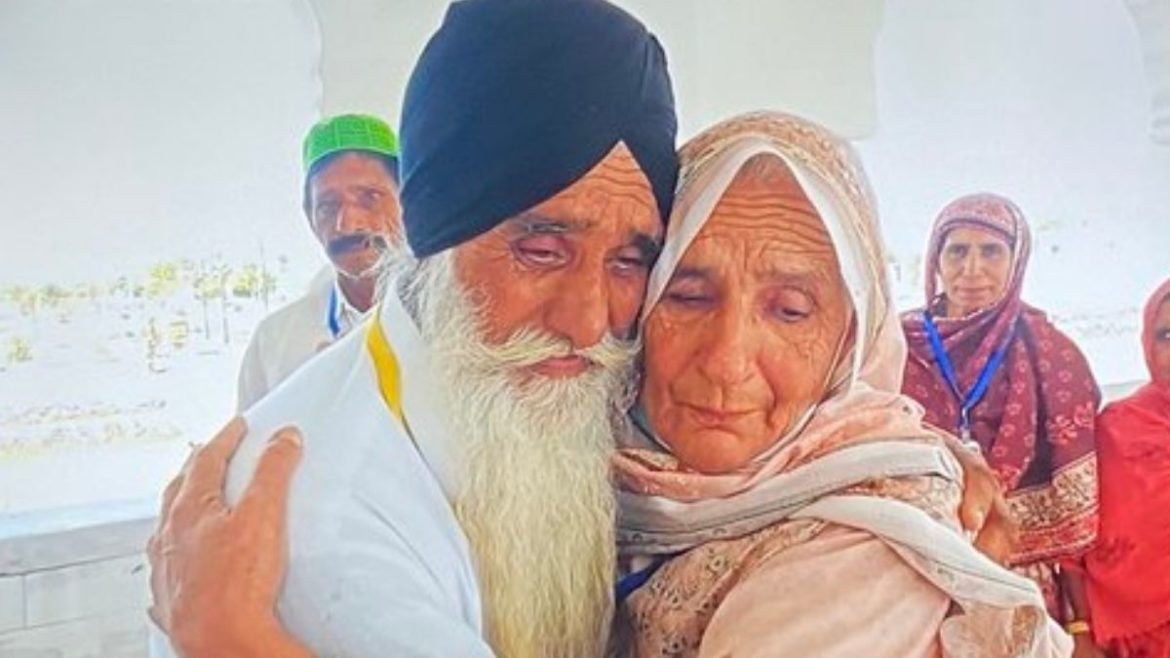 A visa-free cross-border crossing and religious corridor, the Kartarpur Corridor connects the Gurdwara Darbar Sahib in Pakistan with the Gurudwara Dera Baba Nanak in India. Ever since the Kartarpur corridor has opened up many families which were separated in 1947 have been united. The recent story of a Muslim sister and Sikh brother uniting will make you emotional.

Man Aman Singh Chhina, a Chandigarh based journalist tweeted about the union of siblings who were separated during the India and Pakistan partition in 1947. The brother of the sibling duo is a Sikh who lives in India and the sister is a Muslim living in Pakistan. The siblings who were separated for 75 years finally united through the Kartarpur corridor. The journalist tweeted writing how the opening up of the corridor is such a big advantage as it is helping people unite with their long lost families.

One of the biggest advantages of Kartarpur Corridor has been that long separated siblings from 1947 have been able to meet each other.
Just watched a video of a Indian brother and his Pakistani sister meeting in Kartarpur.
Makes the eyes well up. pic.twitter.com/AY4ZAUQ2yG

Also Read: Everything To Know About Travelling To Kartarpur Gurudwara In Pakistan Without A Visa

As soon as the journalist tweeted this, netizens flooded the tweet with reactions. Many commented on it expressing how the union is making them emotional. Some called it super heart touching and overwhelming. There were also many users who called the 1947 partition the biggest blunder in the history of India. There have been many stories of union rounding up ever since the corridor opened up including the recent one where two brothers were united.

Emotions run high and tears wouldn’t stop from the eyes of septuagenarian brothers who were divided during Indo Pak partition but reunited at Kartarpur Sahib after 74 years.
While keeping aside their bilateral differences India Pakistan have opened #KartarpurCorridor onNov 9,2019 pic.twitter.com/oIO1cSspcM

Also Read: 90-Year-Old Pune Granny Finally Gets Visa To Visit Her Home In Pakistan After 75 Years