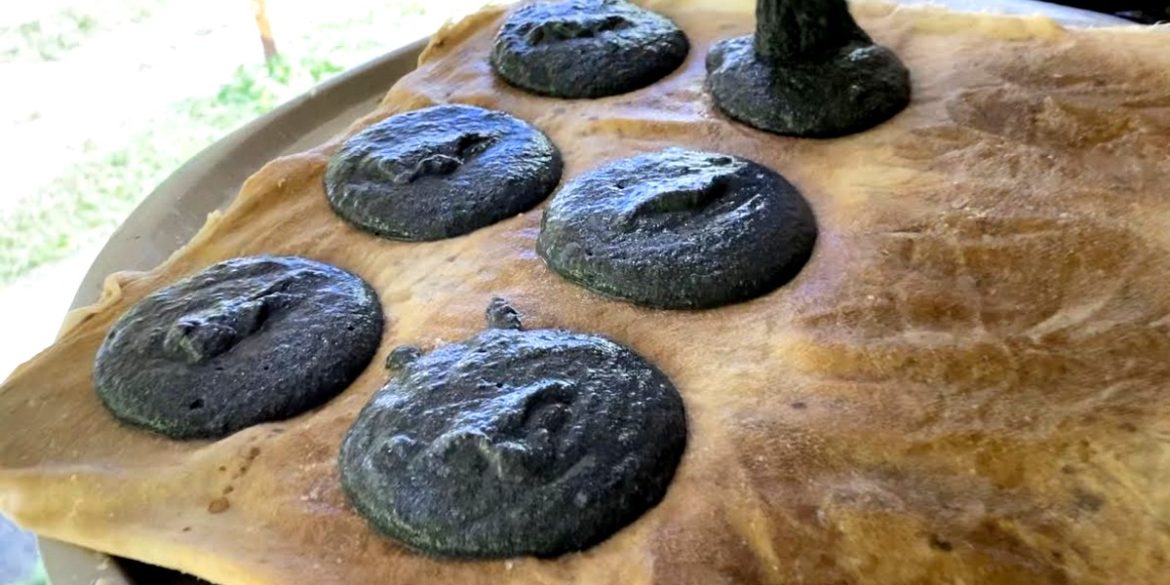 It wasn’t long before the Idli Vada Pav took over social media. With a batata vada stuffed between two idlis, foodies were amused by the unique creation. A Bangalore restaurant also introduced idli lovers to the idli on a stick. Resembling a popsicle, this dish gave foodies the chance to dunk idli in sambhar without soiling their hands. Well, idli is part of another food trend. A Nagpur eatery prepares black detox idlis and this might be a questionable trend. Read on to know more.

Black Idli Served by Nagpur Eatery Is An Amusing Dish

A viral video posted on Instagram by the handle @eatographers shows a Nagpur eatery preparing black coloured detox idlis.  The caption mentions that this dish is not suitable for pregnant women. The video shows the vendor pouring small amounts of black coloured idli batter on a plate for steaming. After it’s ready, he tops the dish with ghee and chutney podi. The greyish-black coloured “detox” idli looks unusual, while we don’t know how it tastes, it’s certainly an addition to the black coloured food and beverages, like black water, charcoal ice cream and more.

In no time, the black coloured idli video went viral. It garnered over 64,000 likes. But netizens weren’t impressed. While one pleaded to stop messing with the humble idli, another netizen hilariously enquired if it’s made out of cement. Another social media user asked what’s wrong with white idli. Foodies wondered if black lentils were used in its preparation or charcoal. Well, you’d have to visit All About Idli in Nagpur’s Walker Street to find out. Meanwhile, check out this video of a Delhi woman who set up a idli stall to support her daughter.

5 High-Protein Vegetarian Snacks You MUST Add To...

Here’s How To Make Kerala-Style Appam At Home

5 Hacks To Make Perfectly Soft And Round...

5 Yummy Dishes You Can Make With Dosa...