5 Places In Uttarakhand That…
Top 6 Destinations In India…
Not Norway, This Cabin Is…
6 Gorgeous Resorts In Goa… 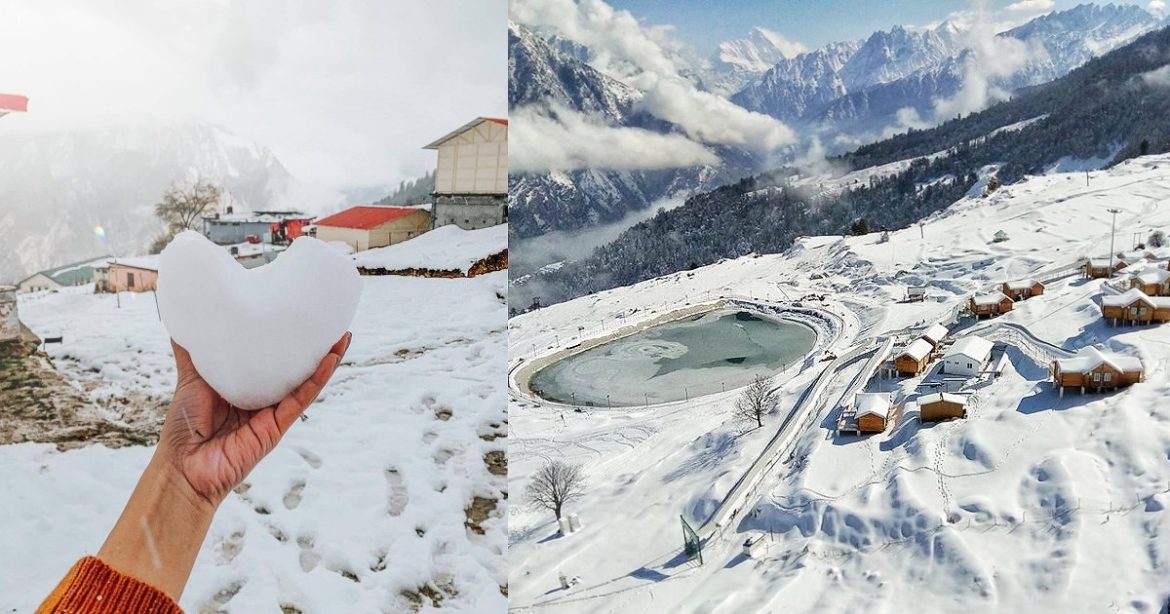 On the lap of the Himalayas in the Bhabar and Terai regions, lies the gorgeous north Indian state Uttarakhand. The mountainous state is home to some of the prettiest towns and districts in India. During winters, many of these places get blanketed with snow and they look like a ‘white wonderland’. Here are 6 places in Uttarakhand that will literally make you fall in love with the chill and the snow:

The picturesque hill station of Auli in Uttarakhand remains dressed in snow almost throughout the year, and it gives magnificent views of some of the highest peaks of the world like Nanda Devi and Kamet. Other grandiose mountain ranges visible from here are Hathi Parbat, Nar Parbat, Ghori Parbat, Nilkanth, Beethartoli, Dunagiri and Mana Parbat. Thanks to its undulating snowy expanses, Auli is known as India’s winter skiing capital.

Chopta is a tiny hamlet in the forest and is a part of the Kedarnath wildlife sanctuary. It is also the base camp for Tungnath trekking. Tungnath is the third temple of Panch Kedar. After the arrival of the cold months, the serene, unspoilt village, along with its line of up pine and deodar trees, gets covered with snow. Snow trekking and show skiing are popular winter activities here.

Dotted by oak trees, Binsar is a breathtaking spot in the Kumaon Himalayas, around 95 kilometres away from Nainital. You can catch captivating views of snow-capped Chaukhamba, Trishul, Nanda Devi, Shivling and Panchchuli peaks from here. The mist and snow at Binsar make the hill station resemble a Christmastime scene from a fairytale movie. There is a wildlife sanctuary here where many rare birds and majestic animals, including leopards can be found.

Lying in the Pauri Garhwal district, Khirsu is an offbeat village, around 92 kilometres away from Dehradun. It gives a panoramic view of the Himalayan snowline, along with the prominent peaks like Nanda Devi, Nandakot, Panchchuli and Trishul peaks. It’s a far cry from the crowds and the urban noises, encompassed by oak, pine and Deodar flanked pathways. You can relax amid the quietness here and experience nature at its best form.

Also Read: 5 Resorts In Uttarakhand Where You Can Enjoy Breath Of Fresh Air

The cantonment town of Almora district, Ranikhet, is a popular tourist destination in Uttarakhand. The term ‘Ranikhet’ stands for ‘Queen’s fields’. The charm of the hill station, along with its lofty coniferous trees, lakes and lush pastures, is indeed queenly. Ranikhet can be visited all throughout the year. During winter, it turns dreamy white with snow.

Meanwhile, here are 10 snowy hill stations you must visit in North India: