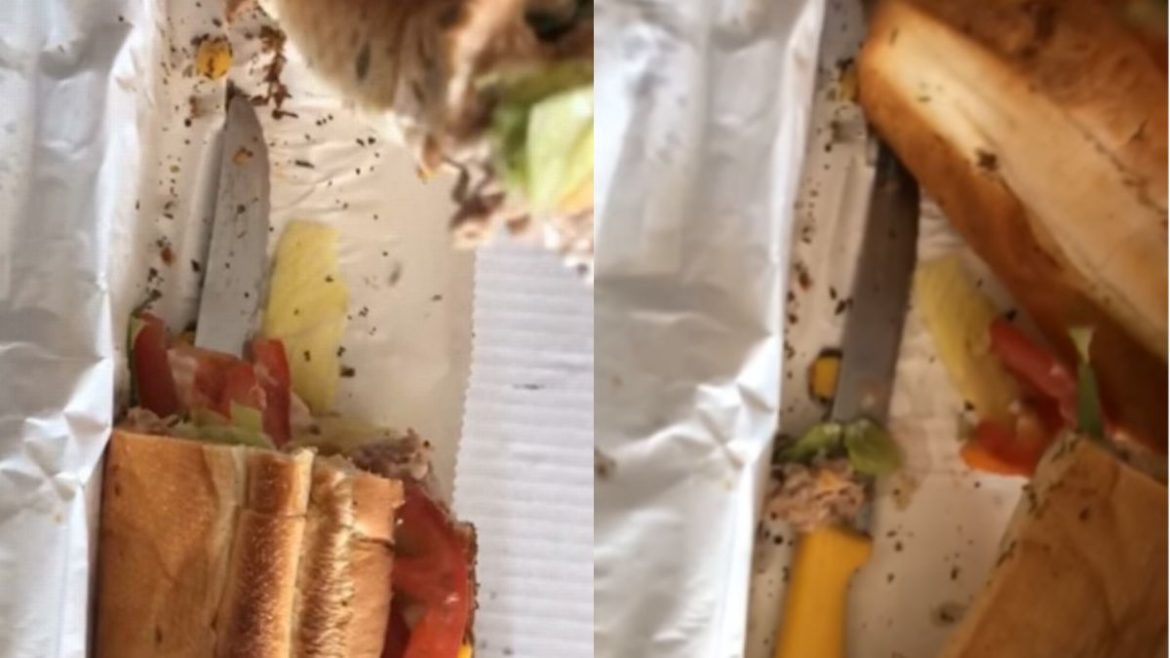 We often hear about receiving wrong orders or food with ingredients we didn’t ask for. But the experience of this 21-year-old pregnant woman was quite scary, to say the least. This woman from Suffklok ordered a Subway sandwich and she received a lip-smacking sandwich with a whole knife in between. It is indeed a shocking experience and the 21-year-old shared what really happened that day in a video on Facebook.

The Pregnant Woman Was Stunned After Opening The Food Wrapper

Nerice Moyse was getting cravings for a tuna sub. Just like any usual day her partner ordered the Subway and asked it to deliver to their home. And when she received the parcel and opened it, the 17 weeks pregnant woman was taken aback. Nerice felt a bit unusual when she received the parcel. But as she opened the Subway sandwich wrapping, she noticed a knife inside her tuna sub. Just like anyone else, the 21-year-old was shocked to see the serrated blade inside. Take a look at the subway sandwich with the knife here. 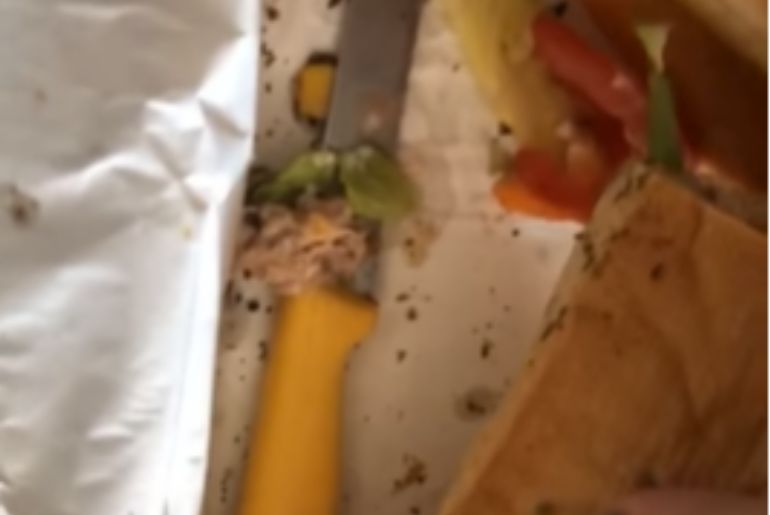 Nerice Moyse shared a video on Facebook where we can clearly see a long knife under the tuna sub. To expose the knife properly in the video, she lifts up the tuna subs and shows it. She shared the incident with Great Yarmouth Mercury. Nerice said to Great Yarmouth Mercury, ‘I was with my partner and we got hungry. I am currently pregnant and always getting cravings so my partner went on his phone and ordered a Subway. I just opened it up and was like hang on, what? We both sat there in shock.’

The couple soon gave a call to the Subway chain and told them about the situation they faced. Her partner directly asked them ‘have you lost one of your yellow knives?’ The report of Great Yarmouth Mercury stated that the official Instagram account of Subway sent a message to the pregnant woman and they ensured that they will discuss this situation with the chain soon. Nerice kept the knife at her home itself and also asked for an apology.

A spokesperson of Subway had a conversation with MailOnline and the spokesperson shared that the chain has apologised to Nerice as soon as they came to know about the knife situation. In fact, the outlet reached out to her once again to sort out the situation.