Sara Ali Khan, Vicky Kaushal…
Get Mauritius Vibes Near Mumbai…
5 Best Apps To Have…
This Scenic Town In Himachal… 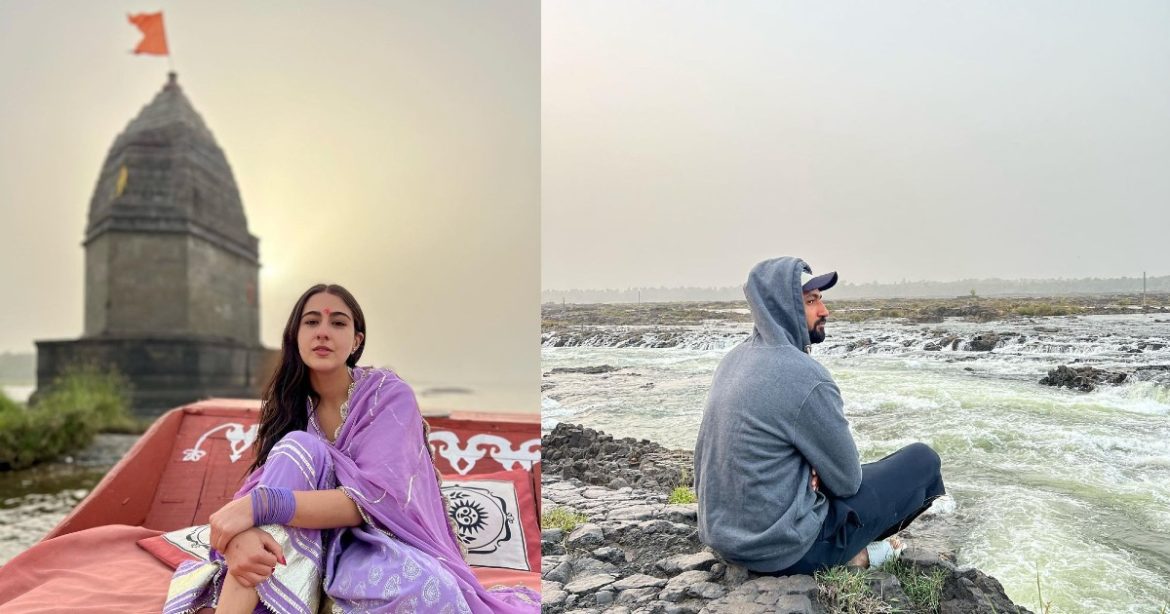 Vicky Kaushal and Sara Ali Khan have shared pictures of unwinding by the mesmerising Narmada river in Madhya Pradesh. In the pictures, the actors are seen on the banks with the gushing waters flowing over the dramatic rocks. In one of the pictures, Sara is seen riding on a boat and a temple with a red flag at the pinnacle stands behind her. The snaps are nothing short of serene. Captioning the pictures, Vicky wrote, “Har Har Narmade”. While Sara dons a mauve salwar kameez in her pictures, Vicky is seen wearing a grey jacket. He sits with folded legs on the bank.

Sara and Vicky had recently completed the shoot of an untitled movie directed by Laxman Utekar in Indore.

Also Read: Gehraiyaan Was Filmed In Goa And The Shooting Locales Are Nothing Short Of Magical

Sara Was In Mahakaleshwar Jyotirlinga Temple With Mom Amrita Singh

A few days back, Sara had visited the Mahakaleshwar Jyotirlinga temple in Ujjain, Madhya Pradesh with her mother Amrita Singh. She has shared pictures from the temple compound where the duo are sitting in front of a beautiful fountain nestled in the middle of a lake. The shrine of Mahakaleshwar Jyotirlinga is dedicated to Lord Shiva and is one of the twelve jyotirlingams. It sits on the bank of the holy river Shipra. The Mahakaleshwar idol is also called dakshinamukhi, meaning ‘facing the south’.

Sara And Janhvi Kapoor Visited The Snow-Capped Mountains Of Kedarnath

In November 2021, Sara Ali Khan had visited the snow-covered mountains of Kedarnath with her best friend Janhvi Kapoor. The duo had shared pictures of offering prayers at the temple, sipping on piping-hot chai and enjoying local mountain food.

Sara is a true blue travel buff and the pictures are the proof.