The UAE is all set to build a satellite named after Sheikh Mohamed bin Zayed, Crown Prince of Abu Dhabi and Deputy Supreme Commander of the Armed Forces. The satellite- MBZ-Sat, will be launched in 2023.

The Satellite Will 100 Per Cent Be Made By Emirati Scientists

In terms of the satellite, it will be used for civilian and commercial uses. What’s more? Well, the massive satellite will be built by Emirati scientists and engineers. Speaking about this satellite and it’s development, Sheikh Mohammed bin Rashid, Vice President and Ruler of Dubai, said,

“We approved building the new satellite MBZ-Sat. It’s going to be UAE’s most technologically advanced satellite in the civil and commercial sector. And it will be 100 per cent be designed by Emiratis.” It will be the second satellite after the KhalifaSat to be fully developed and built by Emirati engineers. Speaking about the first satellite, His highness further added,

“Our first satellite entirely developed in the UAE was KhalifaSat that is already sending high-res space images. Our efforts continue towards developing a competitive and integrated space sector, led by national experts, astronauts and research centres.”

Weighing Around 700 Kgs, It Is Going To The Most Advanced High-resolution Imaging Satellites

The new satellite which is going to launch in three years will weigh around 700 kg. Besides this, it also promises to be the world’s most advanced high-resolution imaging satellites. Furthermore, the satellite will aim to show details within an area of less than one square metre, considered one of the most advanced features.

Also read: In Pictures: This Is What Dubai Looks Like From Space

The satellite is currently being developed at the Mohammed bin Rashid Space Centre in Dubai. With the use of this satellite, we will able to cover analysis, environmental monitoring, navigation, to help assess the severity of natural disasters and plan relief efforts. 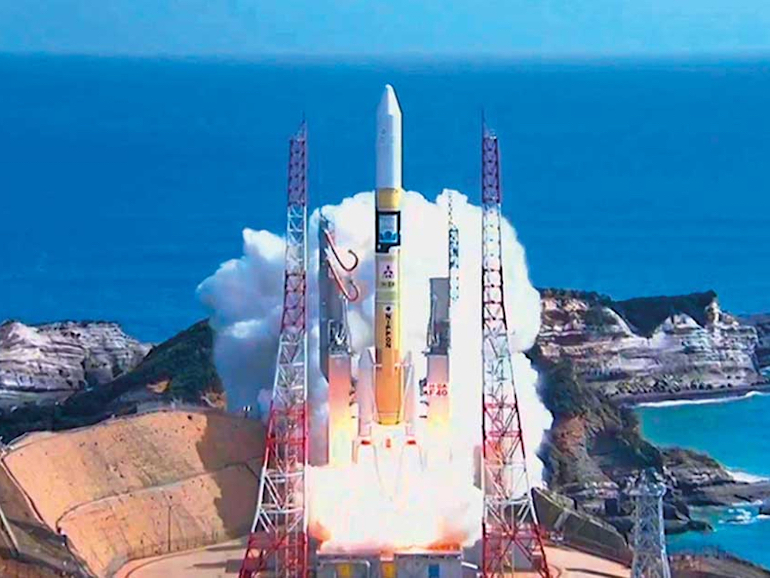 On this, Amer Al Sayegh, the centre’s senior director of space engineering, said in a media briefing,

“Clearer, more accurate and higher resolution of images is a key feature for better extraction and processing of data.”

Also, read Booking Open To Travel To Space And Here’s How The Future Hotels Will Look Like

With all the specs and details, we surely are looking forward to the launch of this satellite.