The coronavirus-induced lockdown has forced many stranded foreigners to take refuge in various Indian cities, islands and villages. About a month ago, we had come across a story of a Spanish woman named Tresna Soraino who learned farming and local dialects after getting stuck in Karnataka’s Udupi. And here’s a story of another Spanish tourist named Manuel Arribas Rodriguez who had planned to stay for a week at Assam’s Bokotial but ended up spending more than seven months there, thanks to the lockdown. On September 22, he finally left the village. And almost everyone from Bokotial gathered at the nearest railway station, Simaluguri, to bid him farewell. During his stay, Manuel learned paddy farming and gave guitar and language lessons to kids. 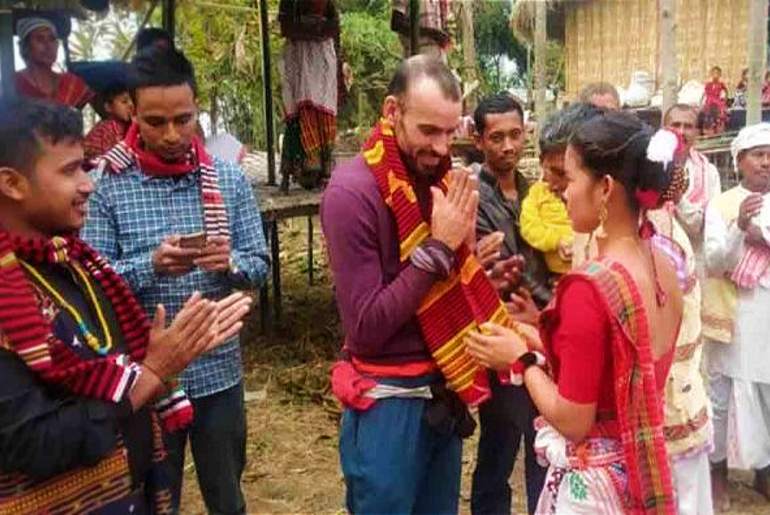 41-year old Manuel who had worked for 10 years at a hotel in Spain, was on a bicycle tour to cover the most of Asia. A year ago, he had flown to Tokyo. He had cycled around Japan before reaching the India-Myanmar border on January 27.  As per The Hindu report, a villager, Biswajit Barbaruah, said, “I met him at a youth festival in a college about 14 km from our village. We conversed in broken English and I invited him to our village as he was interested in the local culture. He turned up on February 14 after touring other parts of the state.” 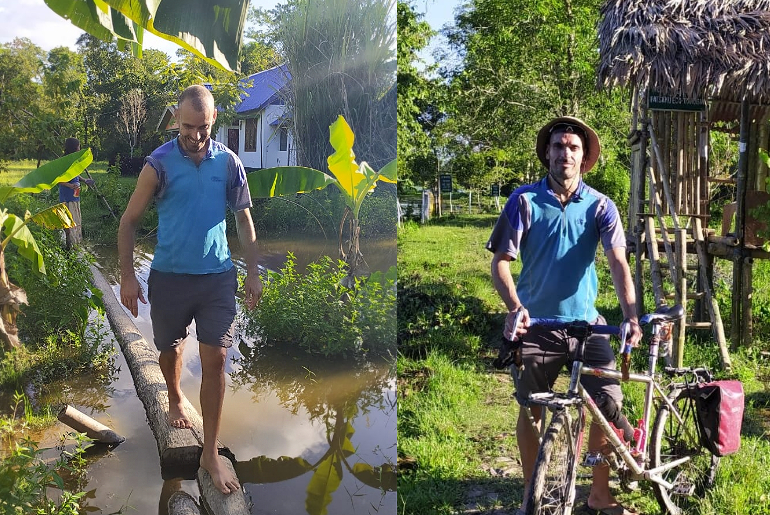 During his stay with the Barbaruahs, Manuel learned paddy farming, community fishing and a slew of other rural activities. He even imparted guitar and Spanish language lessons to the village kids. Apart from these, he also formed a bicycle and exercising club. 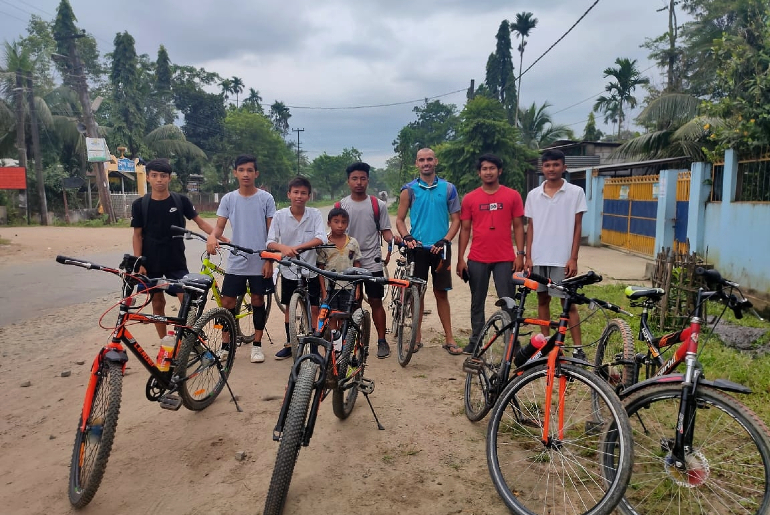 The Spanish Son Of The Indian Village

Reportedly, speaking about Manuel’s farewell, Dipeswar Chutia, the headman of the village, said, “It was heartbreaking to let Manuel bopai go. But I feel happy for his parents who will get to see their biological son after so many months.” Bopai translates to son in English. In his few months of stay, Manuel had become the Spanish son of the Indian village. The villagers had also helped him get his visa extended when the lockdown happened. Referring to his stay, Manuel said, “I fell in love with the village. I can never forget the hospitality of the people, the kind I have never experienced anywhere else.” 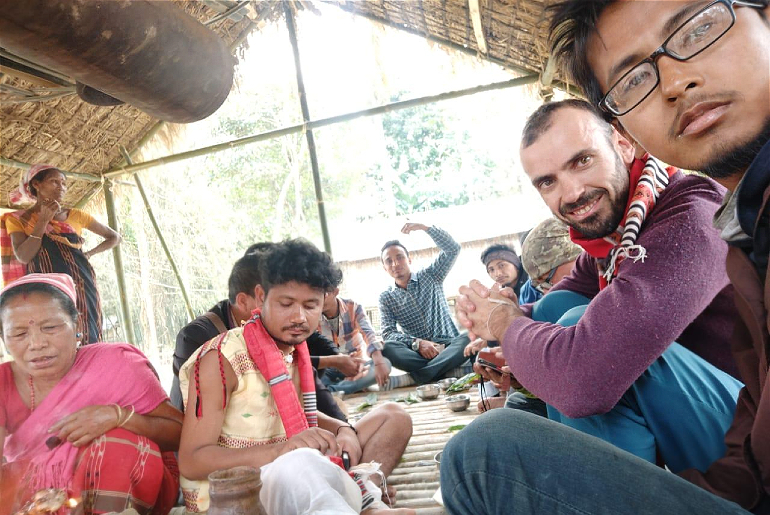 Also Read: Foreigner Stranded In India Refuses To Leave And Wants To Make Kerala His Home

If Manuel’s story touched your heart, here are 12 other beautiful incidents that took place during the COVID-19 pandemic: