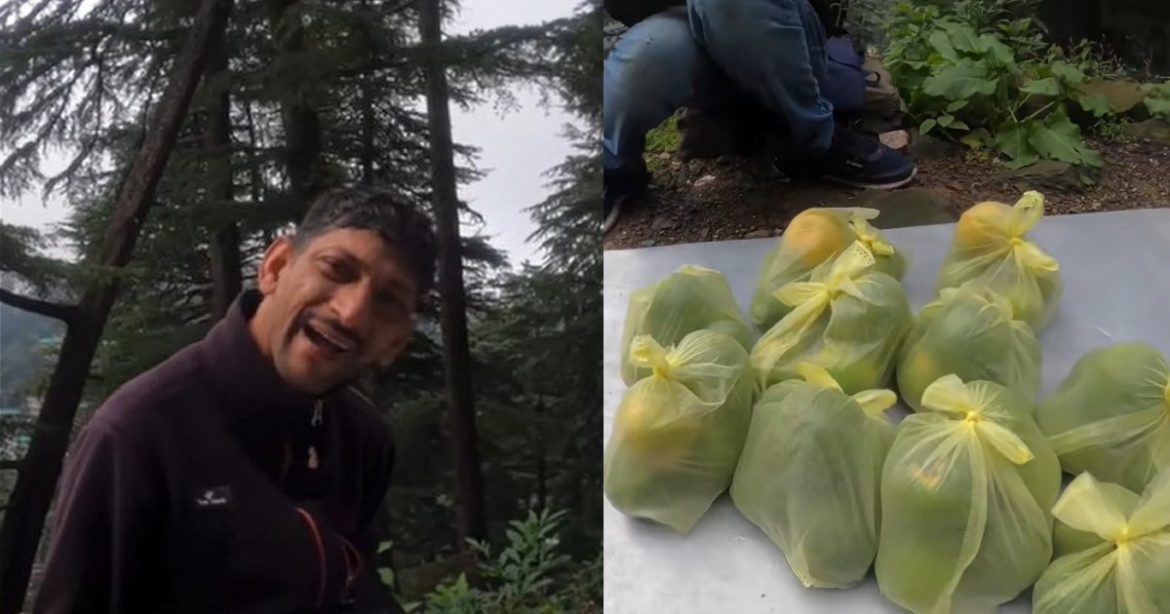 In a soul-stirring video, a specially-abled man is seen selling packets of oranges by a hillside to earn a living. The video was captured by YouTuber Ted Kunchok. While interacting with Ted, the orange seller named Anu revealed that his mother is ill. He was trying to sell oranges at ₹100/packet. But the road was empty, and he was not getting any buyers. As a token of kindness, Ted bought all the ten packets from him and also gave him extra money. The video was uploaded around a month ago and it has garnered around 933000 likes and 13,133,582 views.

Despite the hardships, Anu is giving his best to make ends meet and help his mother. Throughout the video, we see Anu smiling. Since he was not getting a customer, he asked Ted to buy all the packets. And when Ted bought them all, Anu got overjoyed and his eyes started sparkling. His delighted expression can pull the strings of anybody’s heart. Ted also gifted one packet to Anu for feeding his mother. Additionally, he handed over ₹3000 cash to Anu.

Netizens Are Touched By The Video

Netizens appreciated both Anu and Ted in the comments. One user wrote, “He works regardless of his disability I’m proud of him.” Another commented, “I have been crying for about 15 minutes. This really touched my heart. I want to hang out with this man I want to help him so much. Like I want to be his friend. I’m not sure what it is but I’m practically crying a river right now it’s just so emotional for me.”

Someone also wrote, “What we see here is not simply a disabled young man, what we are seeing is beautiful humanity, love and decency and a smile so pure that not even the depths of hell could diminish.” The world surely needs more people like Ted.