What’s the craziest thing you’d expect to find in a packet of snacks? Maybe an odd-shaped chip or perhaps a gift? Well, a man from Tamil Nadu discovered a dead lizard in a sealed packet of pakoras. The snack packet was purchased from a sweets and snacks shop in Palayamkottai town of Tirunelveli district. And netizens are shocked and angry with this news. Read on to know what happened.

On October 23, a man from Maharaja Nagar in Tamil Nadu found a dead reptile in a packet of fried pakoras. He opened the packet after reaching home and got the shock of his life. He immediately lodged a complaint with the Food Safety and Standards Authority of India (FSSAI) through Whatsapp. FSSAI directed the Tirunelveli officials to investigate the matter. A team from FSSAI went to the store and discovered there were many violations taking place. This included the improper storage of sweets and savoury items. Some sweets like gulab jamun were expired and others weren’t inaccurately labelled. 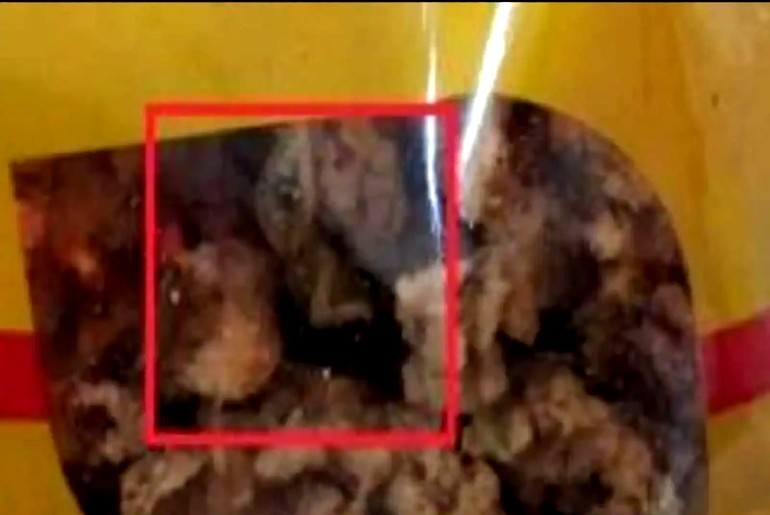 The officials took food samples from the laboratory and sent them for testing. Later, Sasi Deepa the designated officer from the food safety department revealed to The Indian Express that since the complainant cut the packet before opening it, they didn’t have the details regarding shop name, purchase date etc. So, since the packet of pakoras was already opened, they will further inspect it. Meanwhile, since they found violations at the shop, they have taken the necessary steps. The sweet and snacks shop in Tamil Nadu will only reopen after implementing the measures directed by FSSAI and after another inspection. Meanwhile, here are 6 ways you can ensure food safety while ordering in.