We had told you about the Magnetic Hill of Ladakh where cars are known to go uphill all by themselves. But did you know that there is a magical beach too in India where the sea appears and then totally disappears in the blink of an eye? This beach is in Odisha, in the town of Chandipur, nearly 200 kilometres from Bhubaneshwar. The phenomenon happens every day, at least twice. At this ‘hide and seek’ beach, up to 5 to 6 kilometres, the water simply disappears in seconds leaving behind a sand dune-blanketed water bed, where you can even take a stroll. Interesting? Read on to know more. 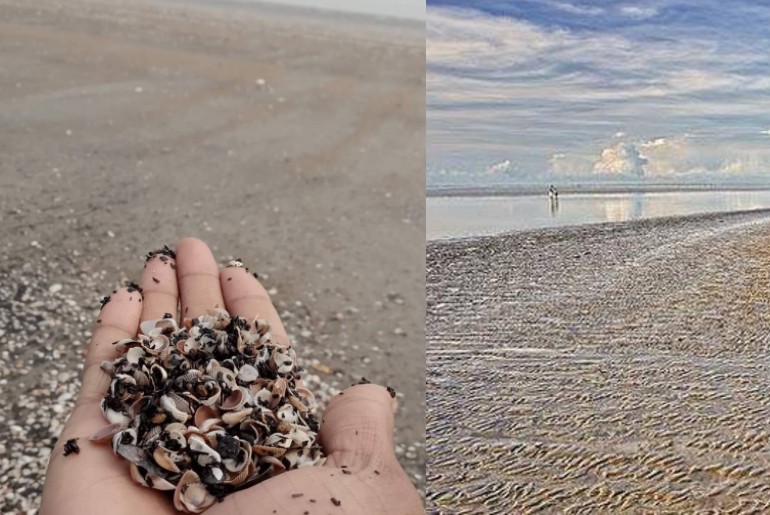 There are some wonders of the world that aren’t known to many and the serene Chandipur Beach in Odisha is definitely one of them. Also known as the vanishing beach, the water at this beach appears and disappears at the hold of a breath. But like all other things, there is a science behind this phenomenon. The vast stretch of sand dunes taking over the waters is simply due to the massive difference in the high and low tides in the region.

There is no fixed time of this occurrence. But it happens every day, at least twice, depending on the moon cycle. Also, during the full moon and the new moon, tourists are warned to stay away from the shoreline as the waves reach extreme heights on these occasions. Meanwhile, did you know about the jungles of Similipal in Odisha? The Lucky One Might Spot A Horseshoe Crab Or A Starfish

Chandipur Beach isn’t just magical, but the sea here is home to a large number of rare and mesmerising marine creatures like horseshoe crabs, king crabs, starfishes, and tortoises. When the water recedes back, it leaves behind seashells of various shapes and sizes on the shore. Many tourists derive immense joy in collecting these seashells and locals often convert them into jewellery and sell them at inexpensive prices. 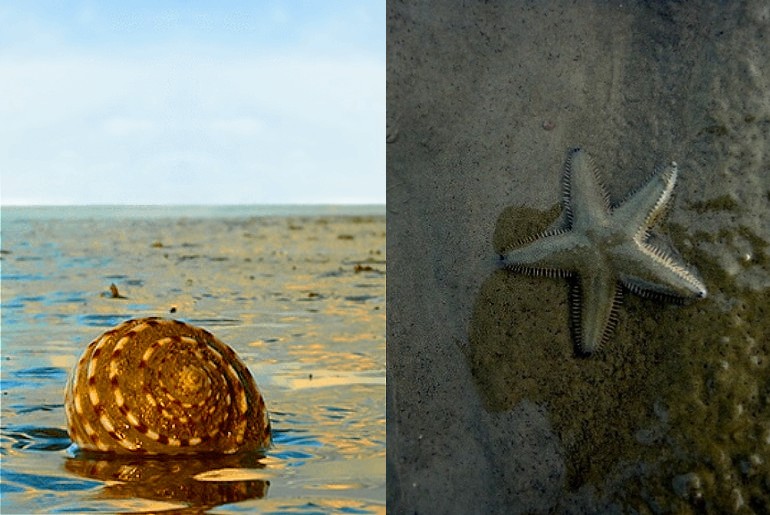 The crabs, tortoises and starfishes usually stay in the deep waters, far from the beach. The water brings them when it comes forward, and carries them back again at the time of receding. The golden beach flanked by lush green vegetation and Casuarina trees looks profoundly surreal.

If you plan to visit the beach, try to reach their during nightfall or daybreak, as during these times the beach looks like a realm out of some fairytale dream. The vanishing phenomenon can, however, occur at any time of the day. Meanwhile, here are 5 secluded islands in India perfect for social distancing: