UAE Hotels Stay Optimistic After An Increase In ‘Staycationers’ 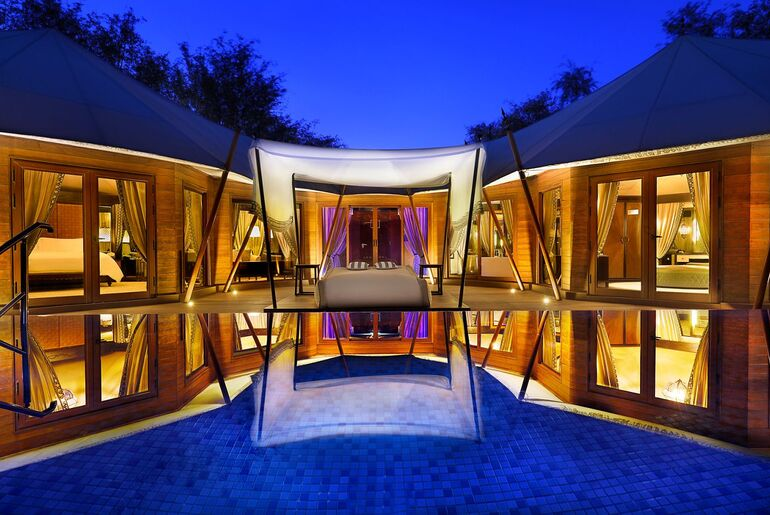 In addition, DXB has also shuffled things around to make travel smooth for passengers. The Dubai Airport now has 15 new counters to complete the visitors procedure. All travellers must wear facemask at all times and this precaution has helped increase the number of tourists. Tourism is expected to peak in November, touching numbers similar to that of 2019. UAE has taken the lead in opening the airports by taking all precautionary measures to curb the pandemic.

On that note, UAE Airlines Will Now Accept PCR Test Reports From All Approved Labs In Countries Of Departure.

Besides, residents in the country are also crawling back to normalcy, with schools and other extra curricular classes resuming. UAE schools reopened in August, and parents were allowed to pick between online, distance or a blended mode of education. Although there were teething issues, schools were successful in implanting the safety measures, making a safe comeback.

As for staycations, residents have been opting to step out with precautions over the weekends, especially after summer plans were cancelled. In order to encourage residents to take that well-deserved break, Ras Al Khaimah announces a ‘Shortcation’ Staycation success this summer. Together with its hospitality partners, RAKTDA invited UAE residents to take a well-earned break and enjoy the Emirate’s many offerings. The ‘Short Staycation’ campaign ran from 7 June- 31 August 2020 and saw a major spike in hotel business as staycationers flocked in. On that note, here are 5 Reasons Why Ras Al Khaimah Has To Be On Your Winter Bucket List.

Guests staying for three or more nights at any of Ras Al Khaimah’s participating four and five star hotels enjoyed a series of value-adds for a unique and memorable stay. The package included the Suwaidi Pearls farm, the iconic ‘Jais Adventure Peak’ with the Jebel Jais Flight, the world’s longest zipline; the Jais Sky Tour featuring seven ziplines and a 15m sky bridge; and the Jais Sky Maze, a suspended obstacle course of rope swings, wobbly bridges and swinging loops.

Ras Al Khaimah became the first city in the world to be certified as safe by Bureau Veritas and the first Emirate to receive the World Travel and Tourism Council (WTTC) Safe Travels Stamp. RAKTDA partners with the National Crisis & Emergency Management Authority and Ras Al Khaimah Preventive Medicine Department provide free COVID-19 PCR testing for all hospitality staff in the Emirate. All 45 hotels in Ras Al Khaimah have received the Bureau Veritas certification.

Since April 2020, the Authority has conducted a series of destination focused webinars which showcased the Emirate’s diverse offering and resulted in training more than 4,000 travel partners.

After four months of remaining closed to tourists, hotels in Dubai voiced optimism as the city welcomed its first set of tourists on 7 July. Industry experts reveal a significant increase in reservations, ever since Dubai announced its reopening. Experts also revealed that hotels received bookings from Russian and European travellers right through to September, despite the seasonal high temperatures. The quick turn around in situation is also credited to UAE’s efficiency in curbing the spread of the virus.

This is what paradise looks like! Read More: https://bit.ly/39x9NFQ

The tourism sector in Dubai accounted for more than 11% of its GDP in 2019, with the emirate attracting close to 17 million visitors. However, the UAE has not yet announced the reopening of its borders to foreign visitors on a federal level. UAE suspended commercial passenger flights in March. However, regular outbound flights for citizens and residents was resumed in June. Meanwhile here are 6 Strange Travel Rules From Around The World You Must Know.

1. All rooms, facilities and air-conditioning will be sterilized frequently.
2. Additional sanitization will be done in corridors and lobbies.
3. Social distancing will be the new mantra for all visitors.
4. Beach-goers were required to maintain a distance of two metres between one another
5. Only hotel guests are allowed to access the private beach property.
6. Tables are arranged 2-meters apart and take away and contactless payment will be encouraged.