Video Of Man Riding A Motorcycle With A Propeller Goes Viral 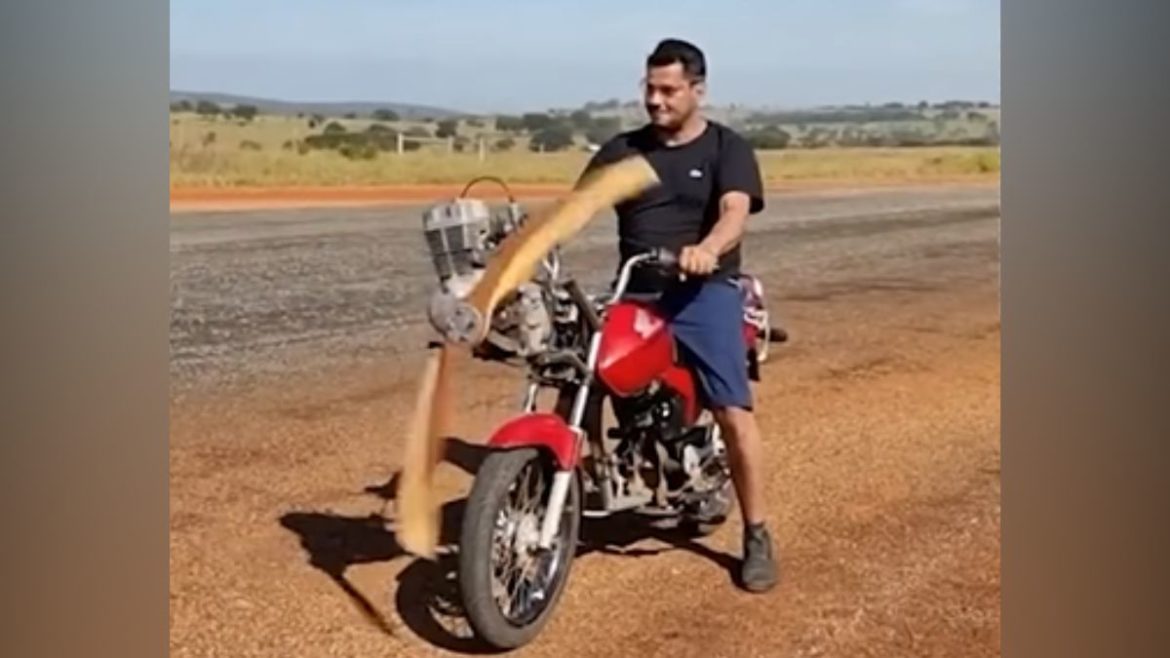 With millions of views garnering every other day on this video, some claim that this invention is from Brazil. The caption of the post reads, ‘This propeller-powered motorcycle is one of the coolest inventions we’ve ever seen.’ You will surely be thrilled to watch this video and how the propellor after a lot of attempts finally starts rotating efficiently. Watch this awesome video here

What Are Netizens Thinking Of This Cool & Unique Invention?

‘Wings! He needs to install wings so he can fly.

This is why women live longer than Men

This is one of the worst ideas ever. Who wants to die first.

It would be good in a zombie apocalypse , chooping zombies on the ways’

A few were totally impressed with this video, while some totally cracked up with it. They put up their opinions on how the motorcycle did or did not make sense. And, as always, it did have tons of hilarious comments!

Meanwhile, catch up on this unique video too!