This Durga Puja, Visit The Babubagan Sarbojanin Kolkata Pandal Made With Coins Issued Since Independence 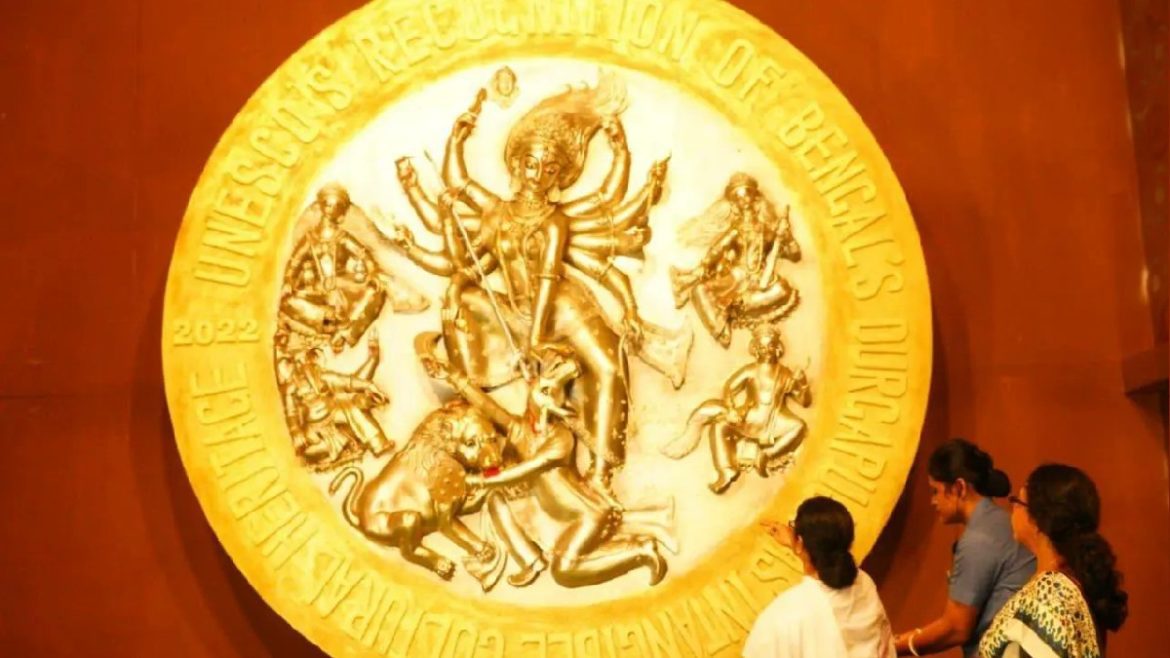 Do you have a passion for collecting coins? Then the Durga Puja pandal theme of Babubagan Sarbojanin Durgotsav, Kolkata will spellbind the numismatist in you. This year, the puja committee is making its pandal will over 1000 commemorative coins issued since India’s independence in 1947.

Babubagan Sarbojanin Durgotsav is showcasing the unique theme this Durga Puja to celebrate 75 years of India’s Independence. The name of the theme is ‘Maa Tujhe Salaam’.

Ma or mother can be synonymous with multifold entities. The theme ‘Maa Tujhe Salaam’ honours Durga Maa and Bharat Mata at the same time. The theme is a tribute to the freedom fighters and bravehearts who shaped India into a democratic nation. The pandal will house statues of the leaders who had played quintessential roles in India’s freedom movement.

If you're from Bengal or #Kolkata & not ‘home’ during #DurgaPuja these pics might make you more homesick. Glimpses from 4 of many pujos launched by @MamataOfficial today. Chetla Agrani, 95Palli,Babubagan & Selimpur

According to a My Kolkata report, while some coins used in the pandal are replicas, others are original. The replicas have been meticulously crafted with plaster of Paris and fibre. Also, renowned artist Sanatan Pal is making the Durga idol at the pandal.

Other Durga Puja Pandals That Can Strike Your Awe

Babubagan Sarbojanin Durgotsav will be celebrating its 61st Durga Puja this year and is ready to awaken your patriotic spirit with its gripping theme in line with the Azadi Ka Amrit Mahotsav. Another puja committee, The Bandhu Mahal Club in Baguiati will also observe Azadi Ka Amrit Mahotsav with a tricolour-themed pandal decor.

One of the highest crowd-pulling puja committees near Bidhannagar, the Sreebhumi Sporting Club, will transport visitors to Rome this year with its pandal themed on St. Peter’s Basilica in Vatican City. Singhi Park Durgotsav will feature iconic characters created by comic artist Narayan Debnath.

So, which pandals are you visiting this Durga Puja? Have you started collecting the passes already?