Love Barfi Or Halwa? You Can Relish The Magic Of Both With This Halwai-Style Sohan Halwa

Gajar ka halwa, suji ka halwa, moong dal ka halwa, and the list of delicious types of halwa goes on and on. But foodies, what if we tell you that there’s a halwa that has the magical taste and texture of barfi in it. Confused? Well, welcome to the exquisite world of Sohan Halwa. This popular sweet in North India and Pakistan traces its roots to Persia. It’s an interesting cross between halwa and barfi. It’s rich, delicious and it’s infused with dry fruits. Sohan Halwa is to winter what mangoes are to summer. So, here are all the deets about the interesting Sohan Halwa.

The Rich History Behind Sohan Halwa

The word ‘Sohan’ has a Persian origin that is taken directly from sohan-e-qom, which is a Persian saffron brittle candy. As the sweet travelled borders it got was adopted in numerous ways to suit the local palate. In old Delhi, the iconic sweet shop, Ghantewala used to sell a softer version of this mithai. The sweet shop established in the year 1790, used to sell their famous Sohan Halwa to India’s presidents, prime ministers and even the locals in Delhi. They tout it to be a favourite delicacy of the Mughal emperors. Infact, in 1954, Indira Gandhi sent Sohan Halwa from this 225-year-old sweet shop to Indian troops based in Korea. Unfortunately, due to financial issues, Ghantewala closed its shutters in 2015. But Sohan Halwa continues to be etched in the hearts of Delhiites. While Sohan Halwa originated in Iran, it’s no longer prepared there. Yet, it’s widely popular in India, Pakistan and Bangladesh.

Also Read: Mumbai’s Biggest Halwa Paratha Is The Most Delicious Thing You Will See 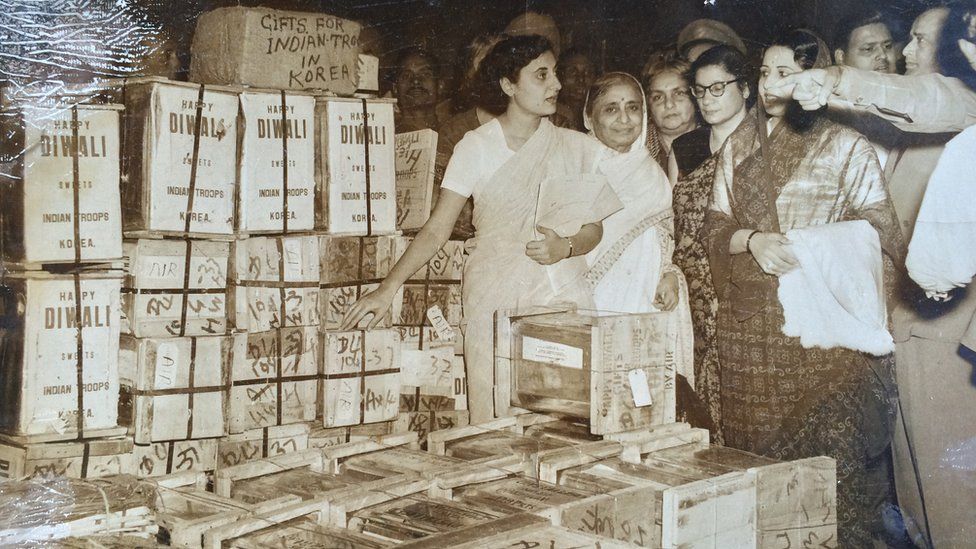 What Are The Ingredients Used In Sohan Halwa?

Now, that you know about Sohan Halwa’s rich history and interesting origins, the question arrives, why is it so tasty? What are the ingredients used in this Mughal-era delicacy? Sohan Halwa is prepared by adding water, milk, sugar and cornflour in a huge vessel and boiling it till it gets a semi-solid consistency. The key to a good Sohan Halwa lies in the ghee and saffron used. Dollops of ghee are then added to the halwa to give it the exquisite texture, rich flavour and luscious look. Finally, good quality, aromatic saffron is added and lots of nuts and cardamom are mixed into the concoction. Shaped like circular discs, Sohan Halwa is one mithai that gives you the best of both worlds, halwa and barfi.

Also Read: 7 Delicious Arabic Desserts Every Sweet-Lover Must Indulge In 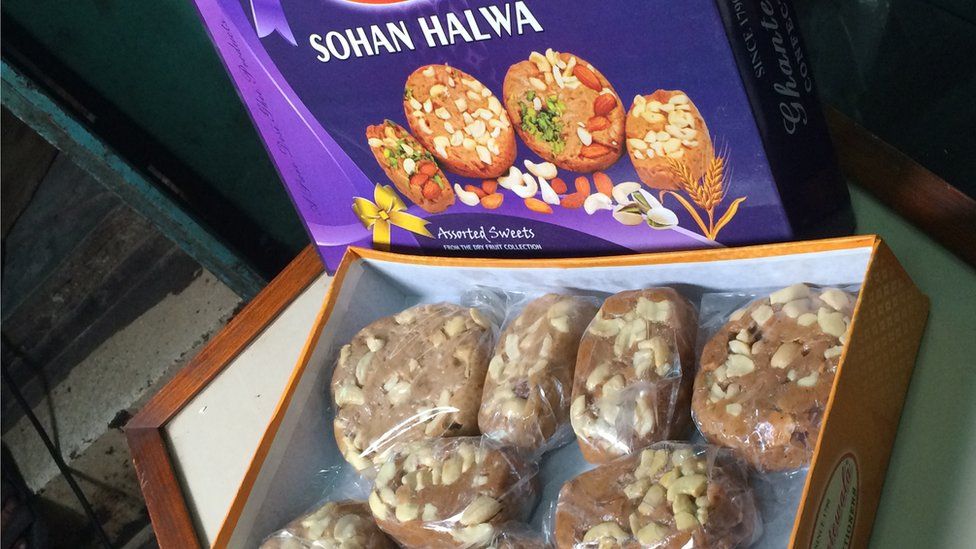 A Simple Sohan Halwa Recipe To Bring Deliciousness To Your Home

Here’s a simple Sohan Halwa recipe by Vinita Kumari. To prepare this dish, here are the ingredients and the method of preparation you need to adopt.

First, heat 1 litre of water. Then, add sugar and let it boil for 5 minutes. Next, add 1 cup of milk and boil the concoction for 5 minutes. Strain the liquid through a muslin bag or thin cloth. Then, add the remaining water and sugar syrup. Dissolve 1 tsp of saffron in warm water and add it to the mixture. Next, take the cornflour and dissolve it in a little water. Add the cornflour mixture and cook it over low flame. When the cornflour becomes thick, add 1tbsp of ghee. Keep adding ghee slowly during the cooking and mix it well to prevent it from sticking to the pan. Your mixture is ready, when the ghee separates. Add almonds, green cardamom and pistachio in it. Then, grease a pan or tray with a little oil and spread the halwa in it. Flatten it with a wooden spoon. Finally, garnish it with nuts. As the halwa cools down, cut it into pieces and serve it. Voila! Your rich Sohan Halwa is ready! 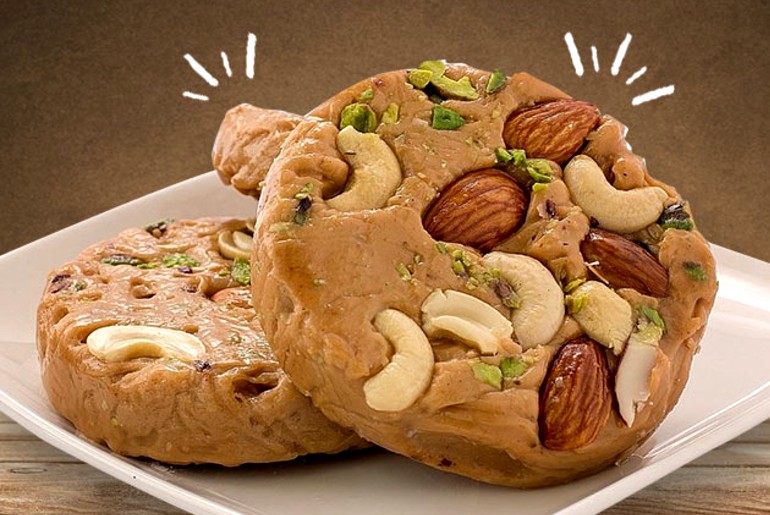 That’s how you can prepare Sohan Halwa! Meanwhile, if you want to make a simpler and quicker dessert at home, here’s a video to prepare mango ice cream, with just 3 ingredients.